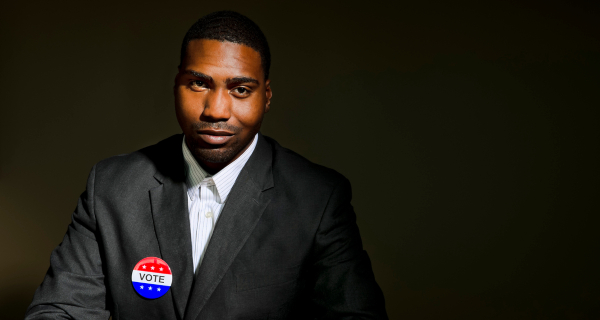 On February 10, 2007, Senator Barack Obama went to Springfield, IL to announce he’d be running for President of the United States. It was freezing cold, many of the officials of the Democrat Party didn’t show up. But it wasn’t because of the weather. It was because they had predetermined their support for Hillary Clinton. She would get the Party’s early endorsements and money because it was believed she could win.

Black voters didn’t initially support Obama. He was “likable enough.” He’d given a rousing speech at the 2004 Democratic National Convention while still State Senator Obama. He’d had a meteoric rise to become the junior Senator from the State of Illinois. But his winning streak was coming to an end. He needed strong support from a group he couldn’t win over; black voters. They remained unconvinced he could win. He was too young, too new, and too black. Then he won the Iowa Caucuses in one of the whitest states in the land. He first convinced white people he could win and ultimately black voters followed.

Obama went on to defeat Hillary Clinton in a tough race for the Democrat nomination, going on to defeat John McCain for the Presidency. Once he proved he could win, the black turnout for Obama was incredible. Yet it wasn’t much more than black voters had done for Democrats in recent history.

Black voting percentages have always exceeded that of white voters in modern times and turnout has always been high. Blacks have been accused of being on the “Democrat Plantation,” primarily by Republicans who wished they were receiving those votes but they do have a point. Black voters have been exceedingly loyal to the Democrat Party for over 50 years and haven’t always gotten an excellent return. The primary reasons Republicans haven’t been able to get back the black vote they once took for granted when they were the Party of Lincoln. Is that they are such a sorry alternative whose primary strategy regarding black voters is voter suppression.

So what if the black voter actually voted as one? Not just on the Party level but even on the candidate level. Suppose at this point in 2023, each candidate from both parties had to consider what would be required to get that bloc of votes? Imagine if everywhere outside of most of Wyoming, Maine, Alaska, Iowa, Vermont, Rhode Island, and New Hampshire. The concerns of the black community had to be addressed if one wanted to get elected on the local, state, and national levels.

The Democrat Party is a hodgepodge of constituencies. One where the squeaky wheel gets the grease. Even then it’s the wheel that provides the greatest return on investment. By being so dependable, black people within the Party are actually taken for granted at times while other people’s needs are being addressed. Power brokers are as aware as black voters that Republicans are not a viable alternative and without pressure have no need to make any change. If they had to deal with black voters speaking with a single voice. That wheel would get all the grease required to eliminate the noise.

Taken a step further, what if black voters regularly negotiated with both parties to attain their goals? Suppose nothing was taken for granted and a Republican willing to implement policies helpful to our community could be selected over a Democrat whose policies were less helpful. No guaranteed loyalty to any party but to good government that serves the people?

Leadership would be a problem. Not that capable leaders couldn’t be found but black leaders and their organizations are being attacked by right-wing organizations, Russian bots, and each other. There will be those that want to buy them out, throw them out; or both. Such a group would be able to exert more power than the Tea Party or the NRA but be as susceptible to self-destruction. There would be attempts to infiltrate them and co-opt their goals. It definitely wouldn’t be easy but look at what it could accomplish?

Democrats and Republicans alike often treat black voters as if they were all the same. Perhaps a closer look should be taken as to whether or not that would really be so bad? Not tied to a Party or individual but looking out for their own self-interest. A group focused on serving the people and not the power. Think about it.