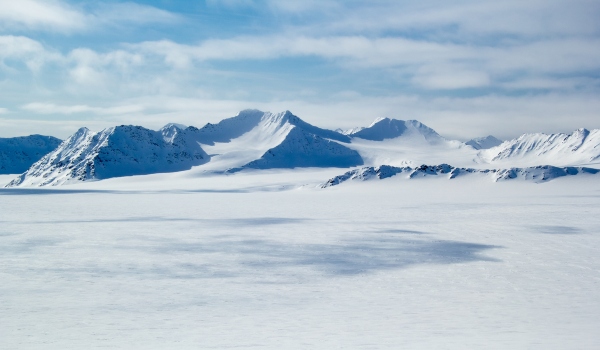 Glaciers on Canada’s Queen Elizabeth Islands are melting at an ever faster rate. Between 2005 and 2015, ice loss accelerated massively from three billion tonnes a year to 30 billion, according to new research.

The islands, which make up Canada’s northernmost archipelago, are home to a quarter of all the Arctic ice − second only to Greenland. And the flow of meltwater there from what once were frozen rivers is now a major contributor to sea level rise.

Scientists report in Environmental Research Letters journal that they used satellite data from 1991 to 2015, and ice thickness data from a separate NASA study, to calculate ice loss from the Queen Elizabeth Islands.

Ice covers 105,000 square kilometres of the archipelago. There are eight ice caps, and altogether 254 glaciers flow into the sea.

Glaciers everywhere in the world are in retreat, and researchers warned two years ago that Canada could eventually lose many of its frozen rivers.

Cause of ice loss
The same is true for its neighbour Alaska, and also in the Andes far to the south.

But these were based on projections of what could happen. The latest study is a report on what is happening now.

Because so many glaciers terminate at the ocean’s edge, the scientists had expected the contact with warmer ocean waters to be the primary cause of ice loss. In fact, up until 2005, around 52% of this ice loss happened when glaciers calved to deliver icebergs.

“In the past decade, as air temperatures have warmed, surface melt has increased dramatically”

Then the conditions changed. The Arctic is the fastest-warming zone on the planet, and temperatures there last November were 20°C higher than normal for that time of year. Now melting accounts for 90% of the ice loss from Canada’s biggest ice fields.

“In the past decade, as air temperatures have warmed, surface melt has increased dramatically,” says the report’s lead author, Romain Millan, a graduate researcher in the Earth system science department at the University of California, Irvine.

“We identified meltwater runoff as the major contributor to these ice fields’ mass loss in recent years.

“With ongoing, sustained and rapid warming of the high Arctic, the mass loss of the Queen Elizabeth Islands area is likely to continue to increase significantly in coming decades.” – Climate News Network