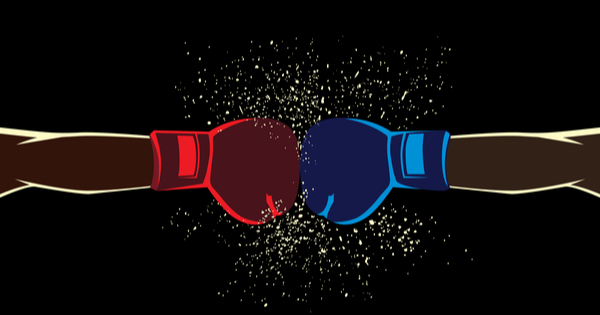 When I was young, I was a big fan of the original Killer Instinct games.

My favorite character was Glacius, a powerful being made of ice. You could turn his hands into weapons or melt down to a puddle, re-emerging with uppercut to opponents. Other characters in the game were the sword-wielding warrior monk Jago; Sabrewulf and Riptor, a werewolf and fighting raptor; Spinal, a skeletal soldier; a brutal cybernetic soldier named Fulgore, and many more.

There was also TJ Combo. Though this boxing champion has one of the illest Ultra combos in fighting game history (in my opinion), he seemed to be a bit mundane when compared to the other characters.

From Balrog in Street Fighter to Jax in Mortal Kombat, Black characters in the most popular fighting games are often boxers, or at least, their primary form of combat is punching. They also tend to be weaponless fighters battling against other characters who ranged from super-beasts to energy-wielders to experts of deadly weaponry. As a journalist, academic and gamer, this posed a central question for me: in early fighting games, why were most black characters boxers?

The Black Boxer trope’s origin is likely far from nefarious, rooted in the 1980s where the popularity of boxing and video games coincided. World heavyweight champion Mike Tyson was the primary inspiration for Balrog (though unconfirmed by Capcom, the character’s name was initially mean to be M. Bison, but fear of legal ramifications caused them to rotate the names of him, Vega and Balrog). The Rocky series made Apollo Creed and Clubber Lang iconic characters in the late 70s and through the 80s. Many of the first games to feature black characters were sports games. Mike Tyson’s Punch Out and Frank Bruno’s Boxing were both released in the late 1980s. Over time, Black characters have become much more commonplace in today’s video games than they were back then.

Especially in fighting games, game developers created character archetypes through stereotype. Game devs used stereotypes to connect to players heuristic understanding of racial groups. For example, the average America gamer may not be abreast of much Japanese culture or history, but “the ninja”or “samurai” is likely a part of their pop cultural imagination. For a game like Street Fighter II, Capcom was trying to create a world tournament, so they used archetypes and stereotypes from different parts of the globe.

Virtually no large national or ethnic group is immune from this treatment — from tomahawk-carrying Native fighters to Irish boxers to Japanese sumos to Indian gurus to the Amazonian woman warrior to English knights to Kung fu masters. It’s just as salient in other forms of pop culture like professional wrestling (which aside from pornography offers probably the most unfiltered racial theatre and depictions of stereotype). Stereotyping is also quicker, allowing game devs to move into the technical side of development without needing to do a ton of research in order to craft characters’ backstories. Though problematic, stereotypes are “efficient,” as they allow players to fill in the gaps of a character’s backstory. If a character is a ninja, you bring preconceived notions about how they were trained or what their skills to your joysticks.

We shouldn’t dismiss more banal reasons like lack of research or more problematic ones like reliance on stereotype, but I wonder how much of the Black Boxer trope reveals our cultural imagination about Black masculinity (since most fighting characters, and almost all black fighting characters, are male). While the player’s enjoyment of a game is partly based on suspension of disbelief, it also comes from realistic elements like a character’s fighting techniques or the game’s world-building. Though fictional worlds are not real in the material sense, they still have to be somewhat believable. Game devs at the time were feeding off the popularity of boxing, but it’s interesting to consider how these characters fit within the world of their games and how race makes characters legible to players.

Many of the other playable characters in fighting games have powers or use powerful weapons. The only thing Black Boxers have is their fists. The Black Boxer trope carries subtle conceptions about Black men as paradoxically both superhuman and inhuman. How else can black men defeat fantastic foes — deities, demons, mythical beasts, martial arts experts, wizards, cyborgs, people who can shoot balls of fire or lightning from their hands — with nothing but “these hands?” Mastery of complex fighting skills, ancient weapons, or magical powers is unnecessary when you already have the brute strength of a big black guy. Who needs a weapon when you are a weapon?

When black fighters do get “weapons,” they tend to be enhancements, like the metal arms of Jax or Doomfist in the multi-player first-person shooter game Overwatch. This may be aesthetically cool, but it also reaffirms the idea of black brutes’ inherent strength and decreased susceptibility to pain. Studies show that people see black men as larger and more threatening than similarly sized white men. With these characters, the assumption is that to defeat fighters with supernatural abilities, black men just need to enhance their “natural” abilities.

But even stripping these characters of race, as an average player, who am I more likely to pick as a young gamer: a boxer or someone who can shoot fireballs from their hands? Not only is the Black Boxer trope problematic in its racial implications, it is often the least appealing character backstory or attribute in popular fighting games.

I don’t contend that the creators of these games are intentionally evoking anti-blackness, but I do think the Black Boxer trope conforms to certain historical ideas about black men that are often basely assumed and go unexamined. The “black brute” stereotype traces back to slavery, where black bodies were understood as labor objects with a predisposition for manual labor. It was then augmented during Reconstruction, when white Americans (particularly southerners) justified segregation and anti-black violence like lynching through the specter of miscegenation and the myth that newly freed black men would rape white women. I would argue that the Black Boxer trope is the shadow of the black brute stereotype.

The ease that comes with tropes and stereotypes also carry downsides. But game-makers can avoid these problematic tropes by putting in the same level of research in crafting their black characters’ backstories as they do other characters. A great example here would be Eddie Gordo from the Tekken series.

First arriving in Tekken 3 (considered to be one the greatest fighting games of all time), Eddie Gordo is a Brazilian capoeira fighter who enters the King of Iron Fist tournament to avenge is father. Capoeira is a martial arts form created by African slaves (though scholars trace its earlier roots in Angola) in Brazil. They blended fighting techniques with acrobatic dance to teach each other how to defend themselves without the white slaver class knowing what they were up to (since at first glance, it would look like the slaves were just dancing). Making him a capoeira master was a great way to both avoid stereotype and showcase a richer character backstory. We should also consider how gamers around world became privy to, and maybe even interested in practicing a martial art from the African diaspora after playing the game.

It would be great to see future fighting games make their black characters a black female practitioner of Tae Kwon Do, a Senegalese wrestler, or even in the realm of boxing, use dambe in Nigeria. However, black characters don’t need to always be tied to cultural references. We can create fighters who are black scientists who attack with potions and machines, black girls who fight with telekinetic powers, or black men with swords.

Examining the Black Boxer trope in fighting games is not meant to suggest that all black characters in fighting games are boxers. That is certainly not true, even for the games mentioned in this article. However, understandings of racial groups unlike our own are forged largely through media representation in things like news media, television, film, music, books and video games. Representation is not everything, but it would be untrue to suggest that it doesn’t have an impact. Identifying and dissecting historical tropes can help us have a more critical view about how representation in the media we love can reflect ideas about race in real life. 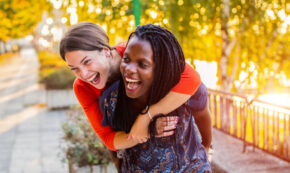 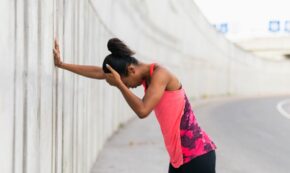