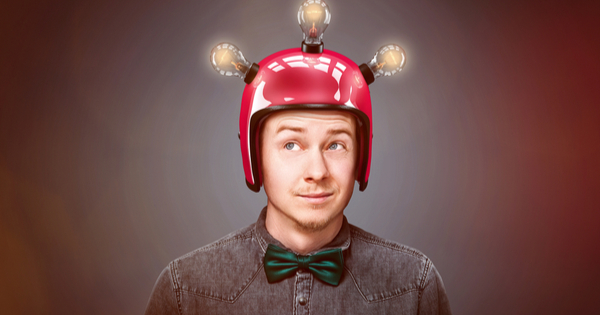 Light is starting to bend in odd ways, the waves are getting longer, more pronounced. Plus it has slowed down. I haven’t timed it yet, but by my calculations, it’s no more than 180 maybe 181 thousand miles a second. When it passes around an object it takes a few seconds to merge on the opposite side. In the odd, swirling blackness before the light meets it is possible to see flashes of other dimensions. It’s a little creepy, like looking into the void.

“Watch this,” I said as I turned the lamp off and back on. “Did you see that?”

“It isn’t as fast, it is probably six hundred thousand miles an hour slower. Though, I didn’t really pay that much attention yesterday. It might have been a little slower yesterday, but I’m sure last week it was full speed. Though, I guess there is a possibility it wasn’t… I need to start videotaping more things. Anyway, it has slowed down since yesterday, I’m sure. Here, you time this.” I said handing her my watch and flipping the light off and then back on.

“What the hell are you talking about? And, quit playing with the lamp.” My wife said.

“Light, it isn’t as fast. I think all of the people staying at home has increased the gravitational pull. Hey, I should tell the doctor about this, it would explain the extra pounds. You know, this could really answer a lot of questions. Like why are there so many more steps to the basement now than when we bought this house, last time I went down there I counted at least 70.” It was almost a perfect theory. It provided so many solutions. Sometimes I amaze me. Given enough time I can explain almost anything.

“How did people staying at home increase gravity?” she asked. I sensed skepticism.

“I’m not sure, not yet,” I told her. “It has something to do with friction and resistance, or maybe inertia, or anti wave symmetrization. I read about on Wikipedia” I was winging it, sure, but, it was my theory. Reality was changing, shadows were not behaving in normal, expected ways. Nothing was right, everything was different. There had to be an explanation, and everybody is all wrapped up in this Coronavirus thing.

“I just don’t know. But, I think I might be on to the most amazing scientific phenomena of the century.” I said, my voice held subtle tones of Einstein, Tesla, and Michelangelo.

“What about the smartphone that folds in half?” She asked.

“Ok, the 2nd most significant scientific phenomena of the century.” That is pretty cool.

“What about growing human organs in laboratories, or driverless cars?” Her smile radiated a little fiendishness. She just doesn’t understand science.

“You know they questioned Galileo, too.”

“I think you might need a little break, you never did handle isolation very well. Maybe you should go to the store for some sausage and ricotta cheese and we can make that pasta bake. Don’t shake anybody’s hand.” She said. She can be so nice sometimes.

She saw my excitement, just me, a shopping cart, a camera phone, and three almost empty grocery stores. Shoppers trying to find something to buy, anything to put in their cart. A poor substitute for March Madness, but a substitute.

“Great, I need to make a bracket first. The dairy cases, the meat department, produce and general merchandise will be the regions, and then I’ll add the seeds as I wander through the stores. Of course, hamburger will have to be the overall #1 seed. Man, that stuff flies out the door. The 1 seed in the dairy regional will be eggs, or milk, maybe that shredded cheese that’s on sale, it was wiped out last time I was there. Tortilla chips, toilet paper and potatoes, onions, I’ll have to find a way to narrow it down. This might take some time. I’ll be back before dinner.” I couldn’t believe nobody had thought of this.

“I’ll have to go back several times over the next three weeks and see what people are buying. The best sellers in each contest will be the winner. The less there is of something the farther it will advance. It will be fantastic. I could save the country. Somehow I have to find a way to accept payments. The Big Dance for the common man.”

“Maybe I’ll go.” She said, grabbing her purse and keys.

“Take some pictures, and count the rutabagas and turnips. We need to know who advances to the second round.” I yelled as she walked out the door.