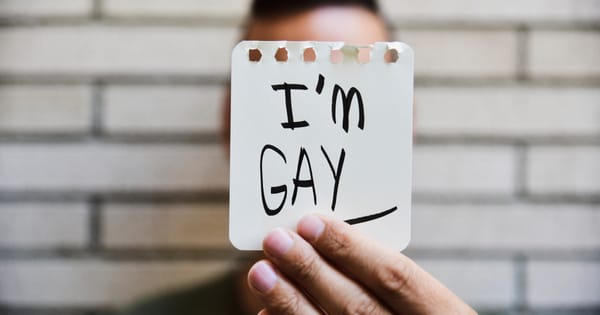 In the early 1980s, deciding to come out at work could limit, and in some cases, end your career. I knew this could be the case for me, and still, I decided to do so during my 16-week probationary period in March 1982.

I started my corporate career on January 11, 1982, with Prudential Insurance Company in a satellite office in Sugar Land, Texas. The first twelve weeks of employment found me in a technical training class. I felt the pressure to do well and follow all of the requirements placed upon me, mainly to avoid termination during my initial four months.

One afternoon, when I was on a break, I went to the mailroom, where the receptionist was answering the phone. When I walked in, behind her, she hung up the phone and told her co-workers, “Phil’s boyfriend is calling for him.” No one said anything.

I told her that I was gay and that I preferred the term “partner,” instead of “boyfriend.” She looked surprised and told me that she would do that, again, going forward.

Before I left the mail room to return to class, I asked the others if they had any questions for me. None of them did. I started to leave the mailroom, afraid of losing my job. I went, directly, to the training coordinator and asked to speak with her in private.

After we went into her office, I told her that I had just come out in the mailroom to my co-workers. I asked her if I was going to be terminated, as a result. She assured me that would not happen.

Within a couple of days, the entire office found out that I had outed myself. What happened, next, reassured me: the majority of the office staff was supportive and accepting. In fact, the manager met with me and explained that my job was definitely not in jeopardy. In fact, many looked upon me as one of the top performers in the class.

I worked for Prudential Insurance for the next 18 years in a variety of roles, most leading to one promotion or another. A highlight of my career with the company happened when I made “Employee of the Month” on two separate occasions. This brought with it national recognition and time with the senior executive leaders. While I worked in numerous offices throughout my tenure at Prudential, I never encountered any discrimination. 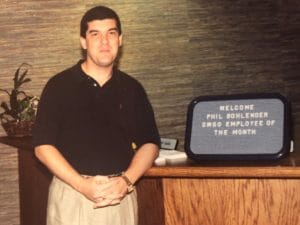 After Humana recruited me in 2000, I came out during the interviewing process. When I was introduced to the senior executives, less than two months into the job, the conversation turned personal and I disclosed my sexual orientation. It was a “normal” conversation with no negative consequences, thankfully.

By the time I started working with Accenture in 2008, I had been out for the first 26 years of my career. I had made the decision to stop coming out, somewhere along the way, and it served me well. By that time I had found my “sweet spot,” professionally.

In 2017, my stint in the corporate world ended with a significant number of achievements, which included working within two industries for five Fortune 100 companies in 20 countries on four continents. One of the things that I was most proud of was being an out gay man for the entire 35 years of my career. My decision to present my authentic-self didn’t limit my career nor did it result in any terminations.

The three reasons that I came out were rooted in the mindfulness of my youth. Because of it, I learned, early on, to live my values in every life experience.

I had no choice but to live, authentically and with integrity. I learned from my mother the importance of being honest. There was no way around it. I also developed my moral compass because of my mom, a single parent, who raised my three sisters and me. Her work ethic and compassion for others were—are–the cornerstones of my value system. I know I have made her proud, which is one of my biggest life-accomplishments.

I was confident that when I came out, no one would ever be able to use it against me. No one would sabotage my career. In fact, I knew that no one could do anything to me, as long as I kept no secrets. I was fortunate to work with some of the most amazing people from around the world. They did not see my being gay as an issue–professional or otherwise.

I realized early on in my career that there were no gay roles models for me to look up to. In the 1990s, when the first Employee Resource Groups started forming, I jumped in. As a founding member of the LGBT ERGs at several of the companies I worked with, I attended three Out & Equal Conferences.

When it comes right down to it, I came out so I could live a life that was organic and unadulterated. I set out to make being gay a non-issue in my career, which I accomplished. I imagined a time when being out would benefit others and come at no sacrifice.

Writing this article for others to read fills me with gratitude. Hopefully, it motivates and inspires them to fulfill their professional goals and dreams. My journey is unique to me; however, I feel it has components that others may connect to or face in the future. I set the intention for this article to support them in making the best decisions for themselves and their careers.
—

Facebook241Tweet7PinEmailShares248
wpDiscuz
Share this ArticleLike this article? Email it to a friend!
Email sent!