I can’t tell you how many times I’ve said that to my 7-year-old son. He’s not obsessed with my belly, but he certainly has a strong abiding interest in it. He loves putting his head on it, snuggling on my bare skin. Mama belly (affectionately nicknamed “belluca”) is the best thing ever, according to him.

I’ve written about this before here. It still holds true. He reaches out sweetly for “belluca,” but I always stop him and have him ask. He doesn’t just get to touch my bare belly, no matter how cute it is—-or he—- is. I have him ask, and sometimes I say no. Sometimes I tell him what “belluca” is up for. No squeezing. No poking. No belly farts. A gentle cheek or kiss is okay. If he’s not up for that, then “belluca” is closed for business.

No one has a right to my body, even my beloved 7-year-old son.

Now, am I generous with my affections? Absolutely. There are endless hugs, snuggles, and kisses. Occasionally I’m a no to those, but it’s rare. In the same way, he doesn’t always want to hug or kiss me. It’s about choice, not entitlement, even as a family.

It’s also okay if he’s unhappy with my no. I get to hold him in that space of disappointment and remind him that he doesn’t always want hugs and kisses, and “belluca” will be open for business, just not right now.

I never shame him. I’m gentle but firm. Rejection never feels good, but shaming on top of rejection feels worse.

When he first started saying no to goodbye and bedtime hugs and kisses, I felt the sting of rejection. I learned to take a breath and simply nod. This was no time to guilt trip or control. It was time to model what it’s like to receive a no and do it graciously.

I’m teaching my son about consent. It started a long time ago, and it will continue as he gets older.

In the same way, I’m not entitled to his. I get to say no around my belly or hugs and kisses (though I can probably count the times I’ve said no to hugs and kisses on one or two fingers). He also gets to say no around affection, being picked up, tickles (We always ask about tickles and stop immediately when he says no. Sometimes he requests them!.)

2. I’m laying the groundwork for future romantic and sexual partners in his life.

I think this next generation of kids will have the opportunity to integrate the practice of consent in a way that’s been hard-earned for my generation. (And still, there are clear issues around it.) I’m hoping it will become much more effortless.

(No signs of being transgender yet.) He will also learn to say no to affection (and presumably sex) when it simply doesn’t feel right. He will have had practice with people listening and honoring his body, so he’ll know the nuances of what feels good to him, not what society says he should do.

4. He’s learning to be sensitive to another’s body.

In this case, is the body of a woman. At different times in my cycle, my body is more or less sensitive. Right before my period, more sensitive. I tell him that, too. Menstruation is nothing to be ashamed about or hold mysterious. In my household, monthly bleeding is normal. I don’t announce it, but I also don’t hide it.

5. I teach others how to interact with my son.

Grandparents don’t get automatic hugs and kisses. Over time, they’ve realized their grandson is affectionate though not on demand. Friends have realized he doesn’t always want to be tickled. Everyone has had to learn calibration.

These days of “belluca” are limited. I know that. He grows more independent as the days pass. In the meantime, I balance the transitory nature of this stage with my own boundaries and teachings. It is a tricky path, this. I want to hold and appreciate the present while also letting it slip gently into the past. I want to hold the little boy as he grows into becoming an amazing man.
— 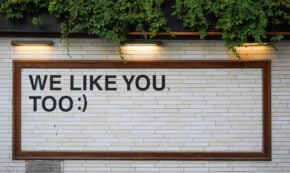 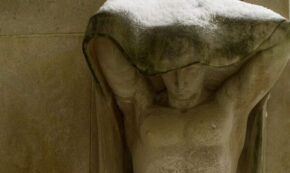 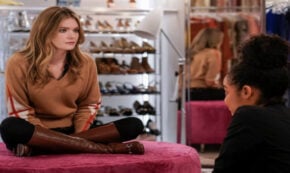 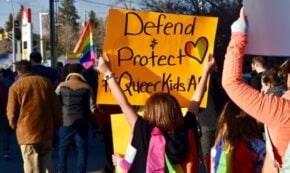 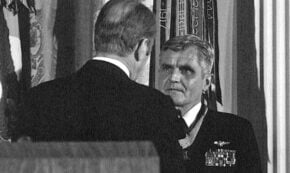