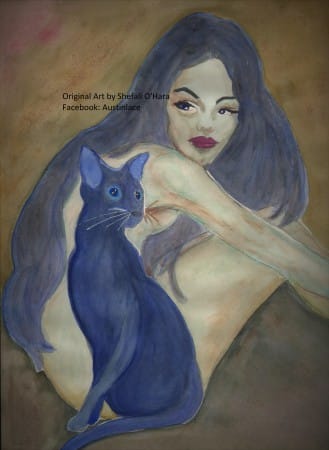 This is going to sound harsh, but some of us, particularly women, turn ourselves into martyrs. I’ve been there myself.

When I read articles about women who are taken advantage of by inconsiderate spouses, clingy children and domineering parents, I remember my own past lives. You see, I was a good girl.

There seems to be an unspoken social contract. If you are a good girl, then you are valued and cared for. But the reality? Good girls internalize rage, frustration, stress.

Good girls ask for what they need and often don’t get it. They ask for bread but must be satisfied with crumbs. Why? Because they value others and others’ opinions more than their own inner voice.

I didn’t start off as a good girl. I was a bold, happy child. My mom remembers me that way, as a toddler in Bombay, India (now Mumbai but it was Bombay when I lived there almost half a century ago and that’s what I still call it in my internal thought stream).

Mom would take me to the Queen’s Circle park in Bombay. I was such an outgoing, friendly child. If I saw an interesting stranger, I’d go over to say hello. I might walk off with them. This made life difficult for my mother, as she had to keep a sharp eye on me!

But it also showed how trusting and unafraid that little girl was. Later, as I grew older, I still took risks, but it became harder. My parents wanted to mold me into their ideal daughter.

So I fought my conservative parents for what I wanted and needed. Yet, I also wanted to please them, and so I tried to be a good Indian girl, even after we moved to New York City when I was three.

Sometimes the net result was positive — getting good grades, for example. Sometimes it was negative. There are school photos where I seem to grimace. My parents wanted me to smile with my lips closed. My inner desire was to have a wide open, toothy grin. The conflict between who I was and who they wanted me to be resulted in those unflattering and weird school photos.

This was not the only conflict I experienced. My parents wanted me to get into a good college. They thought this meant good grades and staying out of trouble. They didn’t realize it also meant getting involved in school activities.

I joined the Cross Country team, which I loved, and fought my parents because I spent so much time at practice. I became the editor in chief of a school magazine. When politics reared their ugly head, I wanted their support; instead, they pressured me to quit. They never understood how important the magazine was to me.

Things finally came to a head after college. I had gone to Massachusetts for university. I lived on my own. I was independent. And then my parents moved, the summer after my junior year, from New York City to Boston. Suddenly they wanted me home every weekend.

I loved my parents. I wanted a close relationship with them. I also wanted my independence. Being with them suffocated me sometimes. Every weekend I would go home, and every weekend we’d have a huge fight.

My grades suffered. I couldn’t sleep. I bit my nails, gained weight and could barely get out of bed. Sometimes I cried for no reason. I found it hard to focus. At one point I contemplated jumping off a bridge.

Life could not go on this way. So I made a decision. I would take what I needed instead of asking for it. I listened to my core, instead of my people-pleasing, parent-pleasing exterior. I decided to do the most courageous thing I had ever done. I cut the cord.

I was twenty years old, newly graduated. My first job was in South Carolina. When I moved to my new apartment, I did not call my parents. I did not give them my new phone number or my new address. Instead, I called an uncle who had always supported me.

I told him that I did not want any contact with my parents for 6 months. I would call them after that. In the interim, he was welcome to give them regular status updates. If he gave them my phone number or address, however, I would move and not contact him again either.

It was really hard, but it worked. When I contacted my parents again after 6 months, they were newly respectful. They tread more lightly on my boundaries. Not that things were perfect — but we loved each other. We forgave each other. And we learned to treat each other better.

Was I selfish for doing what I did? You bet I was. But selfish doesn’t equate to bad. Sometimes you need to be selfish. Sometimes being selfish is all you have, in a world that wants to twist you and mold you and turn you into something that you are not.