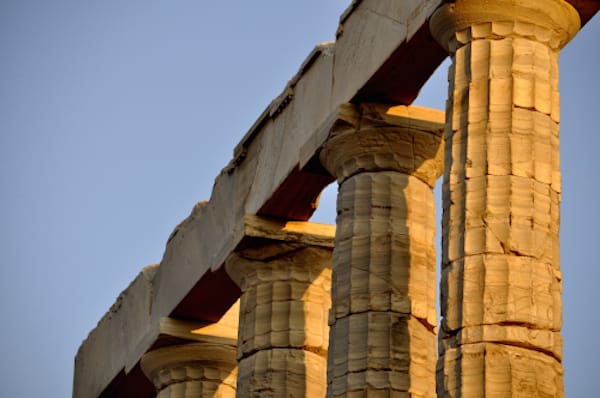 The universe has its own unique way of telling us when something isn’t meant to be. It may come in the form of a harsh word, misinterpretation or a blatant lie. We sometimes tell ourselves that it’s a simple misunderstanding – and the person who stooped to an unbelievable low didn’t intend to go that far.

We might even want to forgive them. Or let their words and actions sink in before pointing fingers and making false judgments. What if we’re perceptive enough to know the person on the other end is making us feel so small it’s like we don’t exist? Most importantly, what if we respect ourselves enough to believe the truth when it’s disguised as a beautiful lie?

I didn’t want to tell myself the truth when I was struggling to find a job in 2007. I didn’t want to believe I was forced to drop out of college. Nor could I bear the fact I finally listened to someone else’s plan for my life and was cheated out of my education in return. All the while, I kept knocking on employers’ doors. And kept getting rejected.

“We’re sorry, you’re not what we’re looking for.”

“We want employees who have speed. You’re not fast enough.”

My back was against the wall. It wasn’t like I’d never been knocked down before, but I felt trapped this time. I knew my hands were tied during that meeting with my caseworker and my parents at Penn State Altoona in 2006, before starting my reluctant job search. Not only that, but I now knew there was someone in the world who didn’t want me to succeed in life. At least not as a writer.

There was nothing the staff or my parents could do during that meeting, either – which made me feel even more worthless. In fact, the baffled, almost defensive look on the face of every staff member in attendance told the entire story. I was on the Honor Roll for most of my sophomore year, and even for part of my freshman year. No one in that room could understand why I was being forced to give up everything I had worked for until this point when my grades spoke for themselves.

The fact this all came about because of someone who was hired to help me continue on my chosen path made my stomach turn. I wasn’t asking for a hand-out. I didn’t even know there was a problem until my parents and I were abruptly called into the conference room in the first place.

I knew my caseworker didn’t have my best interest at heart from the beginning, long before pulling me out of college. I was certain of that when she asked me, “Why do you even want to be a writer, Erin?” Do something else with your life…”

I was tired and completely drained when the time came to have another meeting at Penn State Altoona. It was now the middle of 2007 and I hadn’t found employment – much less anyone who showed any genuine interest in hiring me. I had a heart full of apprehension and knots in my stomach as I re-entered the same conference room where I was blindsided.

There sat my caseworker, along with a small army of her co-workers. The same staff members on campus who were at the first meeting were also there. I didn’t want them to see a repeat of what had already unfolded. My parents were by my side as well, just like they always have been.

I wanted to believe that my caseworker had changed her mind and agree to let me finish what I started three years earlier. I told myself something good had to happen this time around, but hope was stolen from me.

I swallowed hard as my caseworker dug into me further – saying I would have to settle for an Associate’s degree.

Disgusted, my mom looked at me and asked me, “What do you want? Don’t look at all these people in this room. Dad and I are proud of you, whether you have a degree or not.”

I paused, took a deep breath and said, “I want a Bachelor’s degree!”

“This is settled then,” my mom declared as she turned to my caseworker. “Erin is re-enrolling here at Penn State Altoona.”

That’s exactly what I did, despite my caseworker’s anger in the conference room was now filled with complete silence. I returned to campus in Fall 2007 with a renewed purpose – and a promise to myself that I wouldn’t fall into anyone’s trap again. A lot of things were different on a personal level, but I didn’t know there was someone who had been waiting to offer me my first job at the local newspaper. Nor was I aware someone else wanted to give me creative control – over the rest of my college career and essentially, my life as a writer.

There will always be naysayers in the crowd. Someone will always try to tear you down. Don’t let them. Always go the extra mile. Always reach for the sky and do more than what’s expected of you.