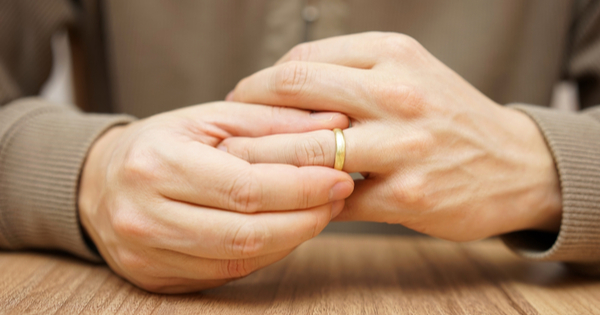 I’m a two-time loser in marriage. And the second divorce was even more painful than the first — especially as I told myself that my second marriage would be different.

In the years since my second divorce, I’ve come to realize that divorce is an event where you mourn many things. Much more than just the love affair ending.

For me at least, it came as a surprise how many different things I was mourning. And the hardest ones to move past have been the least obvious.

Here are five things I mourn. These are the things that have affected me the most deeply.

The first morning is the obvious one. The death of the love affair. Also known as a broken heart. Maybe it was a long, slow drawn-out death. Maybe it happened fast. Doesn’t matter how you got there. It sucks to get your heart broken. You mourn the death of this love.

This one was difficult for me. It was almost five years after I accidentally found out that the love of my life was no longer in love with me. It was more than four years after she said: “I love you but I’m not IN love with you.” It was after almost two years of a separation where we lived under the same roof. When she moved out, I could finally start to heal. However, after putting so much effort into fixing things, it took a while. I did get there though. Through deep, insightful work, I finally got past mourning the death of our love.

There are some things I still mourn however and am not sure how long it will take for me to stop mourning them. If ever. Here are four more “less common” things divorced men may mourn.

The biggest thing I mourn, still, after the love affair is the death of being a full-time father. My three kids are the most precious things I have in this world. While being alone every other week has its advantages, they pale in comparison to what I receive when I am with them. I always wanted to be a father and I am always there for my kids. Even the weeks they don’t live with me. But, not being with them 100% of the time is still something I mourn.

We had dreams. We were going to be the parents that our kids brought their partners and kids, our grandkids to. We were going to retire to a small cottage on the southwest coast of Italy. A place we had an amazing experience at the beginning of our marriage.

Now, perhaps I will still retire there. It will not be with the mother of my children though. We won’t sit on our patio sipping an espresso or an afternoon Chianti. We won’t reminisce about the times when our kids were small. We’ll never talk with anticipation about seeing our grandchildren, together.

There were other dreams too but this one is the one I think about most often. It was collateral damage in the destruction created by our splitting up. How long will it take me to get over mourning that? I’m not sure.

Oh, you can still be friends many would argue. No, we can’t. We can be friendly, civil, supportive and even loving towards each other. But we can never be friends. She will never be the one I call anymore when something good or bad happens to me. She will no longer be the person who I dream about taking along when I see an advertisement for a fabulous trip. A trip to someplace I know we both would have loved to have gone to together one time in another life.

We won’t hang out, shoot the breeze or do anything that friends really do and that’s too bad. Because our love affair was built on friendship. One that started by us talking about everything under the sun and moon till all hours of the night. This just days after she moved into my house as a tenant. A house she made into a home, simply by her presence. I have had and will have many friends, but I’ve never had another friend like she was and that’s tough to stop mourning.

This is very different from the death of our love affair. Every time I see a movie where there is a couple who has been together for a long time, I feel sadness that I will never have that. Every time I read something about the wonderfulness of having shared a lifetime together, I mourn that I won’t get to experience that. Now, at 54, I still have many great years ahead of me. After all, 50 is the new 30. But, factor in that anyone I meet now will have her own past. Probably her own children. And, certainly her own dreams that were also destroyed and it simply will not be like I had hoped when I said: “I do.”

Someone I meet and fall in love with will build new dreams of course. We will create a new life together. I have no doubt that it will be wonderful in its own right but that doesn’t diminish the mourning right now. That doesn’t stop the pangs of emptiness or regret or thoughts of ‘what if’ or ‘if only.’ Those are all parts of mourning a divorce that often get neglected.

Where am I now?

I wrote this a few years back and have updated it to make it more current. It conveys a sadness that I have accepted and allowed to flow through me. Today I lead a life I’m happier with than ever. It’s not all gloom and doom. It never was but, recalling this I always feel a bit melancholic.

Men feel this pain too

I’m now a coach for men who have or who are going through something similar. Men suffer emotionally too when our marriages end. It was through working with my own coach I got past all of the sadness. The sadness that is created when one mourns. It’s changed my life and my mission now is to do the same for others.

I’ve written this for all of us. I wanted to place this issue front and center. For you, for me and for everyone else who has ever felt an emptiness inside after a divorce that they just couldn’t put their finger on.

This article is for you. It’s for us.

Neal Greenspan is a men’s coach at The Exceptional Man. He helps men through the darkest times of their lives. His guidance lifts them to a life they can’t imagine in their current state. A life of happiness, joy and love. A journey he's taken and now is passionate about helping other men take as well. If you’d like to get in touch with him, visit his website at www.theexcptionalman.coach and fill out the contact form.

Facebook74Tweet1PinEmailShares75
wpDiscuz
0
0
Would love your thoughts, please comment.x
()
x
| Reply
Share this ArticleLike this article? Email it to a friend!
Email sent!