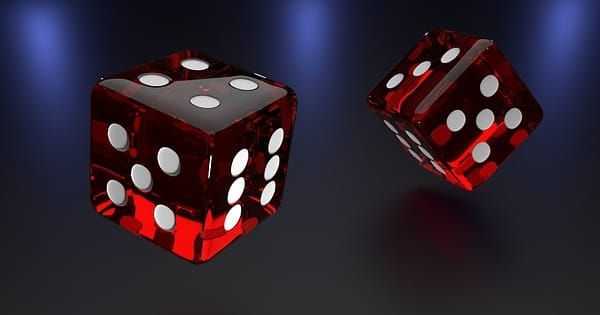 A few nights ago the TV bromance between Tom Green and Kato Kaelin officially came to a close as the two were sitting on the block next to each other and Kato was sent packing.

That’s a true statement as Kato was Tom’s only real friend in the house. Anyone else who wants to grab onto the comedian is doing so strictly to get a vote on their side, as proved by Real Housewife of Atlanta Kandi Burress and mom to Lindsay, Dina Lohan.

Those two were schmoozing Tom and doing their best to convince him to jump on their side and get rid of “the athletes”, the trio of Olympian Lolo Jones, WWE Diva Natalie Eva Marie and former NFL running back Ricky Williams.

“Yeah,” Tom said as the schmooze-fest wound down. “Get the athletes next. That’s it.”

Everyone headed to the backyard to begin the Head of Household (HOH) competition and found last season’s most outspoken celebrity houseguest, Amarosa, waiting to host.

The game was called Celebrity Tumbling Dice and it worked like this. Pairing off, a celebrity would climb into an oversized die and Amarosa would spin for the number to get.

The celebrities have to move their dice around the backyard and get their die back to their platform with the correct number facing up. Think it sounds easy? Finish reading and watch the video below.

Tom floundered around the yard but it was very obvious that he was paying attention as to how this works and how the dice move. He struggled in the first round but beat Ricky to advance.

In order to keep the athletes safe, Lolo, Natalie or Ricky MUST knock out Tom to keep him from coming back after them for tossing his homeboy to the curb, so Lolo is fighting hard to beat Tom.

She didn’t and Tom advances, sending Lolo to a chair on the sideline next to Ricky, leaving Natalie as the lone teammate to save the day.

This one dragged on a while but Natalie Eva Marie eventually got back to her platform and sent Lindsay’s former manager off to the side.

Kandi is just as important to stop as Tom because she’s like the devil on his shoulder, whispering in his ear and telling him what to do.

No problem. The purple-haired dive took out Kandi and advanced to take on Tom in the final match.

It almost seemed like a superhero movie. On one side you have the strong, athletic Natalie and in the other die, the smaller, weaker, but a very cunning villain in Tom. Who will win the coveted key to the Head of Household suite and all that goes with it?

Tom easily defeated Natalie and screwed up the athlete’s plans in a big way!

“I did this for you Kato,” tom yelled as he won.” Not that Kato could hear him, but it was a nice gesture.

We learned while Dinah, Kandi and Tamar Braxton (sister of Toni Braxton) that Dina has been involved in this cross country love thing for five years and she’s never seen the guy nor even Facetimed, Skyped or video chatted in any sort of way.

This led Kandi and Tamar to go on a five minute “You getting catfished” spree and Tamar finally said if the guy is in San Francisco and you’re in LA right now, I’ll go with you after the show to meet him.

Then Tom tried to make a deal with Ricky but Ricky saw right through his game and made a counteroffer.

“Don’t put us up and your chances of staying in this game go through the roof.” OK, so it sounds more like a threat than a counteroffer, but it was a move nonetheless.

The bottom line is that Tom wants Ricky and Lolo but Kandi wants Ricky and Natalie. Tom is confused as to what to do and seems a bit panicky as the nomination ceremony approaches.

As Tom comes to the table to announce his nominees it’s clear he is not to be trusted in this game, putting up Ricky and Natalie. If you remember, just a few paragraphs ago, Tom promised NOT to put up Natalie. I guess Kandi is more persuasive than we thought.

His closing words were, “I think you’re both incredible athletes and I’m targeting you because you’re targeting me.”

With less than a week left in the game, it’s still completely up for grabs. Join us back here at Good Men Project Saturday night at 6 pm Eastern for a recap of tonight’s special two-hour double eviction episode.