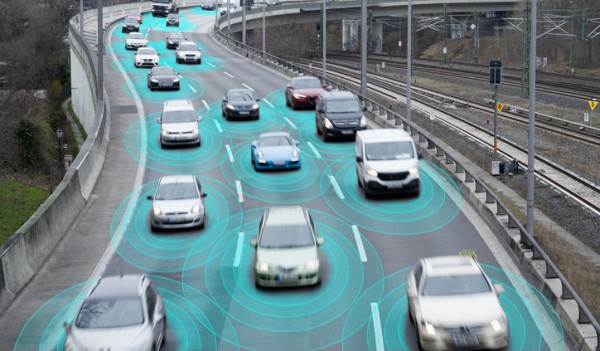 The evolution of autonomous vehicles illustrates to what extent many people, including any number of experts, do not understand technological development cycles, and get things seriously wrong.

Click on this link, read the story and watch the video. It is from December 2018, a little less than a year ago, and chronicles the first trip in Waymo One, the autonomous vehicle transportation service created by the Alphabet subsidiary in Phoenix, Arizona, written by Andrew J. Hawkins, a journalist from The Verge. Journalists tend to cover these kinds of events better than the companies’ press releases, which tend to be a bit too idealistic and perfect.

Now click on this link, and again you will find a story and a video. On this occasion, the news is from four days ago, is written by Ed Niedermeyer for TechCrunch, and is pretty much identical, except for one detail: the security driver, who in the 2018 video was at the wheel of the vehicle, ready to take control if necessary, has gone. The story is by an experienced TechCrunch journalist, it is not a press release nor an ad designed to impress us. The video shows the vehicle in traffic, surrounded by vehicles driven by clumsy humans. It is as real as a good journalist can make it.

Between one story and the other there are, of course, many intermediate steps. First, the company launched Waymo One in beta mode, tirelessly collecting feedback and complaints from users, as well as subjecting the cars to endless scrutiny. The company, determined to put as many autonomous vehicles on the streets as required to steepen its experience curve, acquired a plant in Michigan to build its own vehicles, obtained a license to transport passengers in autonomous cars in California, began to map the streets of Los Angeles with the level of detail necessary to enable its operations, and then announced it would begin offering trips without a safety driver.

Niedermeyer’s experience is just the beginning: there are many more miles of testing, much to evaluate, and a lot of feedback and complaints still to come. The company’s vehicles are no longer being vandalized, as in 2018, and only the most recalcitrant Luddites still trot out the trolley problem, convinced that self-driving cars are the stuff of science fiction. In which case, we’re living in a sci-fi movie, because all this is happening now, without cars having to decide whether to run that pram over that’s been left in the middle of the road, or swerve and kill everyone in the car. Let’s leave philosophical dilemmas in the classroom.

This is what’s going to happen: Waymo will seek alliances to cover the cost of mapping more and more cities in detail, and will use its technology in other carmakers’ vehicles, as it has already done with Renault for an autonomous vehicle service in and around Paris. The presence of autonomous vehicles in your city will increasingly depend on the speed of local legislators in changing laws, as well as the availability of local investors and expected demand for exploitation. If you live in a large and modern city, where mapping is relatively straightforward, you will soon be seeing these vehicles on the roads.

The future isn’t predicted in crystal balls: but instead by making numbers and analyzing trends. With an operating cost significantly lower than that of a vehicle with driver (some estimates put the reduction at between 44% and 61% for journeys between 10 and 20 km), the arrival of transportation services based on autonomous driving is just a matter of time. This will change the appearance of our cities and persuade many people in them not to bother buying a car, leaving our streets clearer and bringing to an end a century-long car era. Within a generation, young people will find it hard to understand how societies allowed these polluting, dangerous vehicles on the road.

We approach the end of 2019 and autonomous vehicles are already here. The technology is now available. Not yet everywhere — important pre-mapping work is necessary — and not yet fully deployed, but the technology is ready to pass the inspection of seasoned journalists. Whether we adopt this technology, with all its advantages, or we cling to old habits now depends entirely on us.