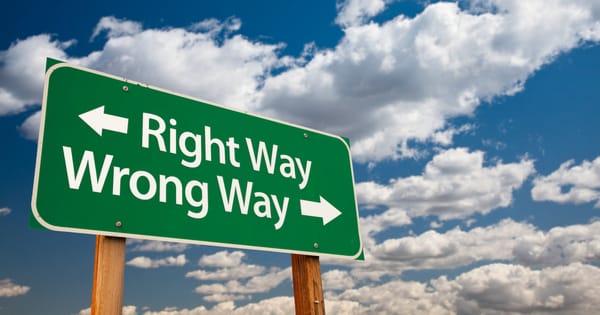 About a year ago, I sent a seemingly perfectly healthy child to school and picked up a boy that afternoon with symptoms so alarming (to me, he was not overly concerned) I brought him into the doctor a few hours later.  I am a no-stone-unturned and no-time-like-the-present sort of gal.  His pediatrician confirmed a bacterial infection and prescribed antibiotics.

I drove him to the pharmacy with a strong sense of being a superhero mom, and even treated him to take-out Chinese, so great was my feeling of “mission accomplished without even breaking a sweat.”  End of story, right?  Yeah, I wish.

A few days on the antibiotics and things are about the same; he remains unconcerned, so I take my cue from that.  Then Friday, day three, I get a call from the nurse at school—my son is in her office, in pain, and she is understandably worried.  I pick him up and get him home for the weekend with pain relievers and ice packs and now I am Googling. Yeah, I know—always a mistake.

His symptoms should be getting better by now, Google informs me.  Maybe these symptoms are pointing to a much scarier diagnosis, Google warns.  If you don’t catch it in time, there could be the direst of consequences, Google threatens.

Now the boy (who also has access to Google, or “The Great Santa-Slayer”, as I like to call it) is getting alarmed.  His symptoms are not only NOT improving, they are actually marginally worse; in fact, there are some NEW symptoms.  He is freaking out, I am trying to play it cool—surely, this is nothing catastrophic–and no good has ever come of Googling symptoms; we can convince ourselves of any malady if we obsess over it enough.

Nevertheless, Monday the follow-up call to the doctor is made; and although done without any overwhelming sense of urgency I detect, an ultrasound is ordered and scheduled for the next day.  To “rule out” any of those other possibly devastating diagnosis.  Truthfully, I don’t have much of a poker face, but I summoned every ounce of my will to present confidence and reassurance to my son; we will get answers, we will heal him.

And as the next day dawned, my front became my reality—a calm descended and that reassuring mantra repeated on a loop in my brain.  If you saw us in the hospital, you would have believed we were there on a lark; smiling, joking, hugging as we made our way through the corridors.  We were there to get answers; we were there to heal him.

Very fortunately, the answer was this:  he will be just fine.  We needed to tackle the infection with a stronger antibiotic and within a day we could see signs of his symptoms abating.  His physical symptoms, that is.

Because my son had caught something more powerful than a bacterial infection; he had caught a bug we call ANXIETY.

To be clear, my boy has always been an easy-going, even-tempered, happy-go-lucky child.  Even as a toddler, if you can imagine such a thing.  No grabbing, no pushing (well, once, but that’s another story.  A GREAT story, actually), no demands, no tantrums.  On the rare occasion that something displeased or upset him, his reaction was generally appropriate and he was always responsive to reason.

But this illness caused a tear in his worldview—he believed, and had consistently confirmed, that when you “do the right thing”, you get the “right” results.  Yeah, I know.  I guess most children figure out the whole “life isn’t fair” before the tween years, but most children have siblings, and NOBODY ON EARTH can drive that point home quicker than a sibling, amiright???

The expediency with which we had addressed the problem (going to the doctor) and the seeming surety of the solution (antibiotics are magic!) had accounted for his breezy attitude in the first few days of his illness—we had done the “right thing” right away.  The fact that the foolproof solution had not only failed to yield positive results but seemed to be distinctly edging his recovery in the wrong direction was more than discouraging to him—it was frightening.  What role his swirling fear and rising anxiety played in those worsening symptoms we will never know, but what I do know is this:  even after his recovery was reassured by the ultrasound and the palliative effects of his new medication were clear, he STILL FELT ANXIOUS.

As a parent, I believe most of us try to impart to our young children a sense that we are a sure thing.  We will have answers, we will have comfort, we will provide support and encouragement and we will always be there.  We try to make them feel that with us, they are 100% safe and secure.

In other words, we lie.

And just like (damn, you!) Google unmasked Santa Claus, this experience taught him the hard truth:  there are no guarantees.  And even when we do our best we can fail.  And even when we seek the assistance of “experts” like doctors, they can make mistakes (like prescribing the wrong medication) that impact us negatively.

In other words, this was a game-changer.

So we talked it out; I told him that stress and anxiety, so new to him, are actually a pretty normal part of the human experience.  I also told him that “negative” emotions, like sadness and fear, can often serve a positive purpose.  Most importantly I told him that the fact that we can “do the right thing” and still find things take a wrong turn is actually great news.

He had a bit of trouble with that last part there, understandably.

But here’s the truth:  when we do our very best and still “fail”, we learn a really gorgeous lesson…that is, that perfection isn’t a “thing”, at least not for us mere mortals.  AND (spoiler alert!) sometimes we TOTALLY and COMPLETELY SCREW UP and have things work out just fine.  You know it happens; more often than not, actually.

When you accept that doing the right thing doesn’t mean circumstances are always going to go your way, you breathe a sigh of relief.  Because the pressure is off to “do the right thing”.  And, as John Steinbeck wisely put it, “now that you don’t have to be perfect, you can be good.”

My son is back to being his happy, good-natured self.  At the same time, he has changed; he has assimilated this new learning for better and for worse.  He knows that he doesn’t have to be perfect, AND he knows that sometimes, sh*t happens; a lot of times, in fact.

And I learned something, too:  my tween doesn’t need a “superhero mom” any more than he needs Santa Claus.  He needs a real-live human Mother who says, “Hey, I get anxious too.  I make mistakes too.  I get scared and frustrated too.  And I don’t have all the answers.  But if we need answers, I will leave no-stone-unturned to find them with you.”  He needs to know perfection isn’t a “thing” and my desire to give him a “perfect” childhood, while understandable and sweet, is misguided.

It devastated me to see my son, my sweet baby, so anxious and afraid.  But he got through it and now he has a much bigger coping skills toolbox than before.  When we try to make things “perfect” for our kids, we rob them of the opportunity to face challenges and learn that they are equal to them; we rob them of experiences necessary to thrive in the world.

Sometimes we do what we think is “right” and it goes “wrong”—or does it?

Maybe we just needed a not-so-gentle reminder that adversity provides the building blocks for our soul; that grit is as much a part of great character as compassion.  Maybe we need to understand that perfection is not a “thing” because perfection is BORING.  Maybe we need a wake-up call that no matter how hard we try to “do the right thing”, life is messy, unpredictable and glorious because of it; and sometimes a “wrong turn” can be the beginning of a great adventure.

Maybe we needed a reminder that every great story has beginning, middle and an END.  And it is the fact that there is an end that gives true meaning to the beginning and the middle.  And there is no truly “right” thing to do, but follow your heart and know that in the end, all will be well.