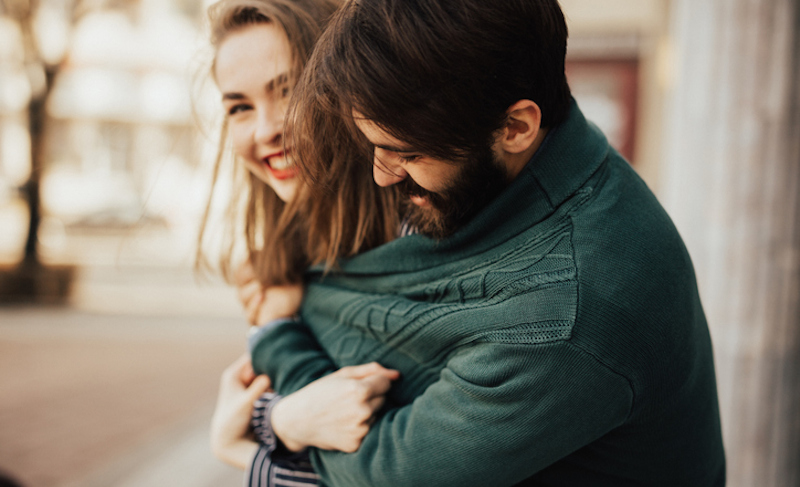 You know it doesn’t work when one or both of you have one foot in and one foot out. Heather Gray guides you on what to do next.

Fight or flight. It’s the basic human response when we feel under attack or threatened. We either want to duke it out or run for cover.

It’s common that when a marriage hits a rocky spot that one or both partners will consider leaving. Thinking about leaving can give people an immediate sense of control and relieves them of the feeling that they are somehow trapped in a situation that they no longer want. When partners think about leaving, they are usually at their most raw and their most vulnerable. Sometimes they are just so worn out that they’ve become numb.

Some people will consider leaving with serious intent. They’re quarter past done and just want out.

Some people stay in this state of “thinking about leaving” for years.

You know these partners or couples. It’s the same thing all the time. They’re chronically unhappy in their relationships, nothing changes, and you imagine the misery they must be causing one another behind closed doors. You might hear that they would leave if it weren’t for the kids. You might hear that they’d leave but they refuse to give up their retirement to their ex in some divorce settlement. Some will tell you they are too old to make that kind of change. Others might mutter something about it being easier with the devil you know.

Maybe these are the stories you are telling yourself about your own marriage.

It’s easy to slip into a state of chronic unhappiness. It’s surprising how long people can exist in ambivalence with one foot out and one foot in the door at any given time. It’s a state of ambivalence that people keep themselves in as a misguided attempt to protect themselves from getting hurt or experiencing disappointment. If they can say “I knew he/she wasn’t going to follow through. I knew nothing would change. That’s why I might leave”, they can sometimes fool themselves into thinking they are successfully guarded from the hurt. You can’t be too disappointed if you can say you saw it coming.

Unfortunately, though, when people try to block out the pain, their filter also blocks out the good.

Partners can’t truly feel the joy that comes from a spontaneous moment of being truly in sync with each other. Intimacy is challenged by ambivalence. Partners can’t experience the satisfaction that comes from having a moment when you know you just nailed it. You and your partner got it right. Those moments get blown outside when there is an open door in the relationship. They never take root or are able to resonate.

Regardless if leaving was a serious consideration or an impulsive consideration in a time of tension, ambivalence isn’t something that just vanishes when the storm passes. It maintains its presence until it is willfully removed.

You don’t just move from thinking about leaving to not leaving until you make a choice to stay.

This is where a lot of partners get it wrong. They’re feeling better, some peace has been restored, and they can finally take a breath. The intensity of their unhappiness eases and they begin to move on with regular, everyday life. They think this is what forgiveness and acceptance looks like and tell themselves that “they’ve moved on”.

What they quickly learn the next time things get hard is they never did really move on. The pressure was taken off but there’s that pesky thought about leaving again. It’s readily available with remarkable ease, as if considering leaving is now a switch that can be pulled whenever things become too hard.

The only way to remove this switch from your relationship is to make staying an active choice. You consider everything that has gone down, weigh all your hurts and disappointments against the potential of the relationship and make an active choice to stay, to be present and to be in it. You don’t just stop thinking about not leaving. You also have to put your other foot back into the relationship.

Choosing to stay has the potential to feel as empowering as thinking about leaving can offer.

You’re owning your life, your choices, and your relationship actively and with intention. You’re not some victim trapped in a situation you can’t get out of. Instead, you know you can get out but that you are choosing to stay. You know you’re imperfect. You know your person is imperfect and that the two of you don’t always get it right but you recommit to staying, to working it out, to being and living better. It’s not about pretending this tough time didn’t happen or that those hurtful characteristics your partner showed didn’t exist. It’s about acknowledging them and making a commitment to work through them actively without pushing them under the proverbial rug.

It’s impossible to choose to stay without a healthy repair.

One of the main culprits of chronic ambivalence is faulty repair work. When leaving a marriage has been a serious consideration, the relationship requires serious healing. Both partners have to recognize the hurts they’ve caused and accept responsibility for their part in the trouble. It’s pretty rare that one partner is totally blameless and innocent. Partners need to share sincere, empathic apologies and express specific intent as to what they hope to do in the future to avoid further hurt.

If you don’t feel as though your hurt has been acknowledged or if you lack confidence in the plan moving forward, you need to say something. It’s non-negotiable. Otherwise, the hurt lingers, the doubt festers, and you start to scan your relationship for more cracks, more signs that it might be time to leave. It’s not a realistic expectation that you actively choose to stay if you don’t feel like amends have truly been made or if you feel insecure about the future.

Make sure the fix is realistic and can be maintained over time.

When relationships have hit that scary place where one or both partners checking out has become an option, people can become desperate. They are suddenly willing to do anything and everything to keep the relationship. I once worked with a couple where the guy started waking up early every morning to bring his wife Starbucks for when she got up. He didn’t just go to the kitchen to make coffee. He left the house and came back! She, of course felt so loved and tended to. This was until I asked him how long he was willing to do that for and until I asked her how she’d feel when the daily Starbucks coffee runs stopped.

Relationship repairs will obviously come with some compromises. Change isn’t easy and shifts from regular routine can be an adjustment. However, you can’t twist yourselves into pretzels in order to maintain the healing in a relationship. Whatever is working to “fix” the relationship has to be easy enough to be maintained regularly and consistently. Otherwise, you’re setting yourselves up to fail by not following through and will find yourselves right back where you started.

It’s not an unhealthy relationship if one or both partners considers leaving at some point. However, you can’t just consider staying. You have to choose it and not leaving simply isn’t the same thing.

We both needed to look seriously at choosing to leave, before we could both seriously look at choosing to stay. And each of us had to decide for ourselves alone: ‘what do I most want?’ We have faced, and are overcoming a real marriage-breaker. My wife of 30+ years came out to me and to herself as a lesbian two and a half years ago now. All is not well, but thanks to friends, therapists, antidepressants, God (?!) I’m healed enough to hang in there and go on, together.

Heather another truly great piece! I love the approach you have towards people and relationships. “Both partners have to recognize the hurts they’ve caused and accept responsibility for their part in the trouble. It’s pretty rare that one partner is totally blameless and innocent. Partners need to share sincere, empathic apologies and express specific intent as to what they hope to do in the future to avoid further hurt.” This is precisely why I decided to initiate a divorce. My ex wife never acknowledged the pain, hurt, and anguished she had caused me. Just led to more anger and resentment… Read more »

Thank you for this article, very insightful.

FacebookTweetPinEmailShares591
wpDiscuz
3
0
Would love your thoughts, please comment.x
()
x
| Reply
Share this ArticleLike this article? Email it to a friend!
Email sent!