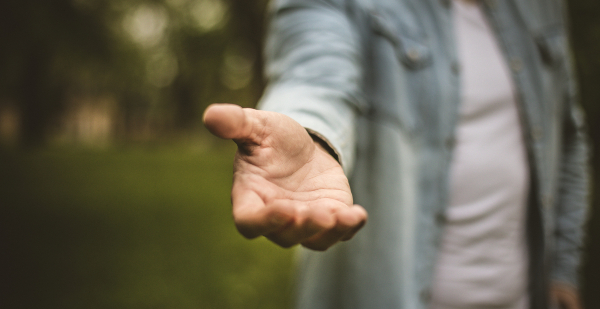 Long ago, when I was a congressional press secretary, Jennings Randolph was a wise senator from West Virginia. On his Washington desk, he kept a motto I never forgot:

“The most important lesson you can learn is that other people are as real behind their eyes as you are behind yours.”

That nugget of insight has deep implications, asserting that nearly everyone in the world – all seven billion of them – more or less share the same human feelings, fears, wants, hopes, questions, frustrations, pleasures and the like.

This, to me, is the heart of humanism: recognizing the worth of everyone, and striving to make life as good as possible for the whole populace.

It began as long ago as Ancient Greece, when some thinkers advocated humanitas, a helpful spirit toward all. During the Renaissance, a few scholar-priests began caring more for people than for the church, so they became religious humanists. Then came the Enlightenment, when rebel thinkers challenged the supremacy of kings and holy men. They laid the groundwork for modern democracy, which is rooted in humanism.

Various manifestos have been written to crystallize the need for intelligent people to support human betterment. In 1933, the first Humanist Manifesto was signed by three dozen philosophers, Unitarians, reformers and scholars, including John Dewey. It called humanism a new “religion” to replace magic-based supernatural faiths.

Secular crusader Paul Kurtz spearheaded other declarations, including Humanist Manifesto II of 1973, which asserted: “No deity will save us; we must save ourselves.” It denounced racism and nuclear weapons, calling for scientific progress, universal birth control, world courts, and the right to choose abortion.

(Dr. Kurtz was my guru. He published my books, named me a senior editor of Free Inquiry magazine, and asked me to sign some of his declarations. He even let me drive his Cadillac to Niagara Falls from his headquarters in a Buffalo suburb.)

Philosopher Jean-Paul Sartre declared that his existentialism was a form of humanism. His famed dictum that people are “condemned to be free” might be interpreted to mean that each person is forced to live isolated inside his or her own skull – behind the eyes – unable to experience the inner minds of surrounding people. However, he mostly meant that people are thrown into the world, alone within themselves, not knowing why they exist, with no god to guide them – yet they are solely responsible for all their actions.

As we act, we can realize the personal validity of others and share common humanity with them. We can work to craft a beneficial civilization that helps everyone.

I remember the slogan of a freethought group: “We are not alone in the universe. We have each other.”

That’s a noble call for cooperation. Although part of me responds: Yes, blacks have the Ku Klux Klan and Hispanics have President Trump demonizing them as criminals and rapists. But I guess the rest of us must keep striving, regardless.

When I was born in 1932, the world had two billion population. Now it’s nearing eight billion, almost quadrupling in a single lifetime. Humanists face the challenge of trying to make life livable for the entire, ballooning, human swarm.

A version of this post was previously published on Patheos and is republished here with permission from the author.