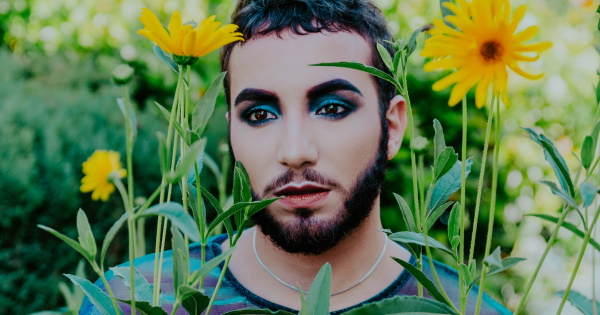 A few weeks ago, the lexicographers at Merriam-Webster continued doing their job by adding a non-binary meaning to “they”: “4. used to refer to a single person whose gender identity is nonbinary.”

Because this was a controversial act, a blogger at the site explained the decision: “All new words and meanings that we enter in our dictionaries meet three criteria: meaningful use, sustained use, and widespread use.”

In other words: Hey, don’t shoot the messenger. It was added to the dictionary because it’s a commonly used word.

When they’re doing their job properly, modern lexicographers are not judges of the propriety of words. They are describers of language. If a word is in wide usage, and has a consistent meaning, it belongs in the dictionary. That’s it. A word’s inclusion in a dictionary is not intended to be implied approval. Despite the old adage (“‘ain’t’ ain’t a word ‘cuz ‘ain’t’ ain’t in the dictionary”), it ought to be (and it is).

The Merriam-Webster blogger also notes that “you” was once only plural, but has since become the only second person pronoun in English. Indeed, in Middle English, we had four pronouns (thou, thee, ye, you) which have all been reduced to one. And yet, we rarely complain about how difficult it is to communicate using second person pronouns, and we even tend to mock dialects that try to make a distinction (with “y’all” or “you guys”).

Naturally, despite the insistence from the lexicographers at Merriam-Webster that they were only doing their jobs, lots of people did take aim at the messenger, bemoaning the collapse of English and the hijacking of the poor innocent dictionary by vile progressive forces bent on shoving a pernicious LGBTQ agenda down everyone’s throat.

I’ll note that words like “sesquipedalian,” “quotidian,” and “defenestrate” have resided in the dictionary for centuries and nobody has yet to go door to door forcing people to use them. The idea that a word’s appearance in the dictionary means that people have to use it is, shall we say, jejune.

Of course, though, that’s not what bothers the complainants. It’s a smokescreen, and a poor one at that.

What bothers the complainants is the idea that some people do not identify fully with the male-female binary. To put “they” in the dictionary, the Holy Defender of English, is an affront to them. For them, it is one more step down the road to the social collapse that will undoubtedly follow if we dare to respect other people’s identities.

When I first started reflecting deeply on pronouns, I thought that people were just generally in a certain habit. Certainly the hangup on the generic singular of “they,” which has been used for centuries, was just because of grammar concerns, and once it was explained to them, they’d accept it.

I was wrong. In a recent social media discussion, one parent was complaining about how they were supposed to discuss non-binary issues with their four-year-old, about how they as a parent would now need to ask every stranger’s pronouns before they could even talk about them.

I asked them why they cared about the gender identities of strangers, and they said they absolutely didn’t. They could care less about strangers. I persisted: So why, then, did they need to know those stranger’s pronouns? Why not just use “they” for everyone until you know something more specific?

There was no answer, just more ranting at other people in the thread.

This was not an anomaly. In repeated conversations and observations, I’ve noticed that we English speakers have an almost pathological need to bucket everyone we meet, no matter how briefly, as a “man” or a “woman.”

I’ll admit, I do it too. And I know better. I don’t even like being placed in a bucket myself, and I still do it.

With only a few pieces of clean-up, we could speak without referencing anyone’s gender. Those few pieces are word pairs like “nephew/niece,” “sir/madam,” and “aunt/uncle,” where no equivalent gender-free word is in wide use. And yet, we generally resist degendered language.

For example, we could have replaced “Best Actress” with “Best Acting, Women’s Category,” or even gotten rid of gendered categories entirely, a long time ago… but we haven’t. If a non-binary actor such as Lachlan Watson (Susie/Theo on “The Chilling Adventures of Sabrina”) were up for a major acting award, which would it be?

I have a male child. I have been practicing referring to him as my child, but it is a tough habit to break. And sometimes I feel like I must report his gender through “son.” Why? Certainly there are times where it’s relevant (as in my article from last week, where I was explicitly discussing gender and child-rearing), but most of the time, it isn’t.

I have a woman partner. I have been practicing referring to her as my spouse, but again, it feels awkward at times. And some LGBTQ folks feel that straight cisgender people using “partner” are culturally appropriative or even trying to hide how straight they are.

When I was a youth myself, I recall being on both the receiving and giving end of the “What ARE you, anyway?” question. “Are you a boy or a girl?” The reason I felt insulted in receiving it is because I felt some sort of pride in being male, as if being born with the genitals and hormones that I have is somehow a reflection of my worth as a person. (Nowadays, I sometimes get “Ma’am,” and it barely registers. I don’t care. I only notice because I then have to listen to a minute of apologies from the other person.)

So if that’s what’s behind some of the hostility about the rising visibility of non-binary folks, okay, reflect on that, be honest about it, let it swirl around in your own head as well. But please don’t just reject the notion out of hand.

I get that we have a long cultural tradition of gendering our language to the point that the overwhelming default is to gender-identify complete strangers. What frustrates me, though, is why gender-neutral language (especially with certain hot-button topics like relationship status) is such an affront, even an insult. Saying you don’t care to state someone’s gender identity is seen as a political statement.

I also get, by the way, that we can’t simply ignore the inherent sexism of our culture. I’m not suggesting that we become “gender-blind,” just as being “color-blind” is counterproductive. We need to be aware of the way in which the gender identities that have been assigned to us from when we were in the womb have shaped our worldviews, our experiences, and our opportunities.

I was raised to be a man, and I look like a man. My experiences are affected by that. I would be a different person if I had been raised to be, or currently looked like, a woman.

At the same time, though, I deeply believe we need to reflect on how hard we cling to those categorizations. Acknowledging gender identity is important; blocking people into boxes based on it is harmful. Assigning gender to every stranger, no matter how briefly we interact with them, seems pathological to me. Requiring people who don’t feel comfortable in either binary bucket to choose a side is outright cruelty.

—
Photo by Florentine Pautet on Unsplash 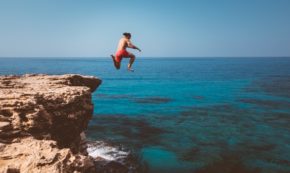 Facebook46Tweet4Pin1EmailShares51
wpDiscuz
0
0
Would love your thoughts, please comment.x
()
x
| Reply
Share this ArticleLike this article? Email it to a friend!
Email sent!