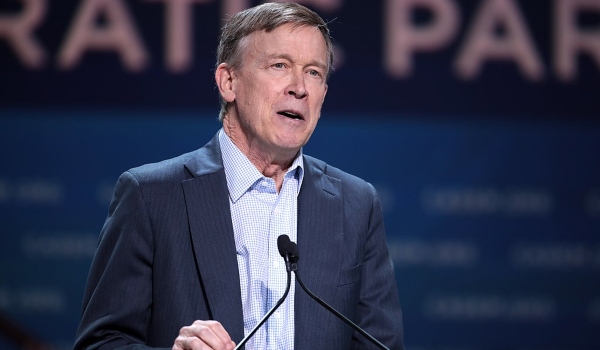 John Hickenlooper, a moderate, all the way through. He approaches a lighter shade of gray. Hickenlooper is so close to center he might be invisible.

While he was Governor of Colorado his approach was cautious, careful, deliberate. He built a consensus and worked with both parties. He has even called himself an “extreme moderate.” All of which is not a criticism, just an observation.

He supports reentering the Paris Accords, and imposing a Carbon Tax. But he wrote an OpEd piece in the Washington Post denouncing the New Green Deal as too expensive and radical. Which again, is not a bad position, but if you start so close to the middle there is little room to negotiate. Even worse, as a business friendly governor he was a vocal supporter of fracking. And it is hard to put a good spin on that.

Hickenlooper is a supporter of Planned Parenthood. Further, the state of Colorado managed a 40% decrease in teen pregnancies by distributing long term contraceptive devices. While it may not have been his idea he certainly supported it and it was successful and he has plans to make it a national policy if elected. Moreover, he supports gay marriage, protection for LGBTQ and

He supports single payer health care, but has an almost casual approach to the issue and hasn’t really outlined a strong policy. Further, he has taken a stand against the call to dissolve big insurance. And, those two positions may be difficult to reconcile.

He is a man in the middle, a pragmatist, definitely to the right of most of the other candidates. He is a person who could work to mend divisions between the parties. But, he is not full of big ideas. It just depends on what you think will carry the country forward.

In news that will surprise no one, Donald Trump launched his reelection campaign with accusations, insults and apocryphal lists of his own glory. In a move designed to spark the same radical, nationalistic fervor he has renewed his promise to extradite “millions of illegals” and build a wall. He accused democrats of blocking legislation to prevent the execution of children. His often repeated and completely inaccurate depiction of who pays the costs of his tariffs was met with wild applause. It was very difficult to watch, and it is only beginning.

We need to stay strong, we need to rally and we need to find someone to believe in.

Facebook48Tweet1PinEmailShares49
wpDiscuz
Share this ArticleLike this article? Email it to a friend!
Email sent!