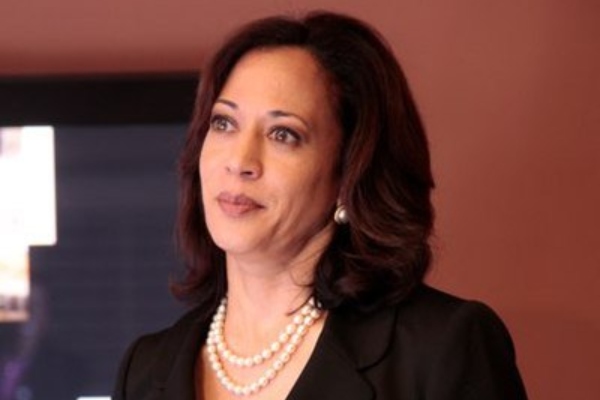 Kamala Harris might be have the most memorable video of the year when she dragged William Barr through a brutal, unrelenting cross examination after Barr released his Reader’s Digest Condensed version of the Mueller Report. I was glad I never decided to become a white collar criminal in California. I have had coaches and construction company foremen who couldn’t muster that kind of brutality. It was a work of art.

There are few candidates any greener than Harris. She stood vocally and completely opposed to Trump’s withdrawal from the Paris Accords. As the Attorney General for California she launched an investigation into Exxon Oil after reports surfaced that the huge, monster of a  company had lied for years about the risks of climate change. Plus she has 100% lifetime score from the League of Conservation Voters. Here is a link to their site if you want to see where your candidate stands.

Harris has committed to launching Bernie Sanders’ Free College for All Act. Plus, she supports expanding Head Start and Early Head Start, and has plans for a national universal prekindergarten program.

She supports Medicare for All. Further, she supports increased access to mental health. This is an issue that doesn’t really get enough attention. We all support fighting the stigma of seeking mental health care, but the cost is prohibitive, and most insurance companies will not provide coverage, and if they do it is a minimum. Harris is the first one so far, that I have found willing to tackle that problem.

Her tax plan is progressive and geared toward the middle class, and she has opposed the Tax Cuts and Jobs Act as the sop to the rich it was.

She supports Dreamers, defends LGBTQ rights, and a ban on assault weapons. Pretty much follows the liberal creed on these things. Her real strengths are the environment and education.

If you have time, please take a moment and read the article about the importance of this coming election. Tell everybody you know they have to vote. It is a nexus, and we need to control the future.  #RiseOfTheHippies, though you don’t have to be hippy, or old, you just have to care.

Facebook106Tweet1PinEmailShares107
wpDiscuz
0
0
Would love your thoughts, please comment.x
()
x
| Reply
Share this ArticleLike this article? Email it to a friend!
Email sent!