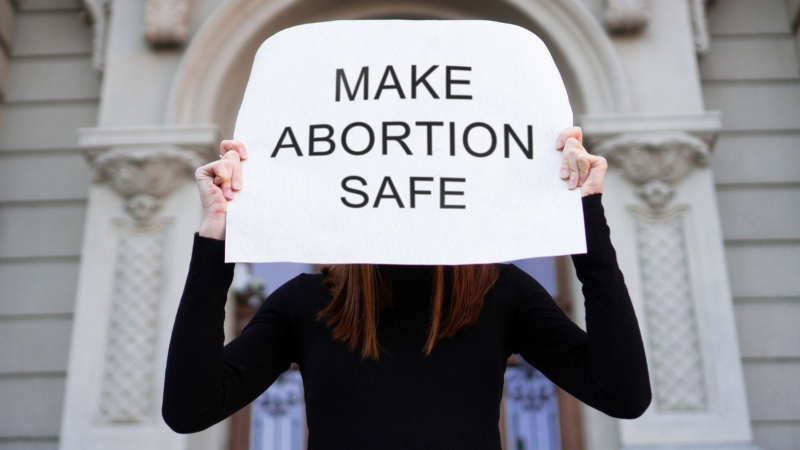 No statement rang more true as the country recently turned its attention to my home state of Kansas. We’re known for three things: The “Wizard of Oz,” our amazing barbeque, and our conservative voter base.

But our ballot initiative on abortion shook that last notion up.

In a referendum, Kansas voters decided between protecting abortion rights or passing a constitutional amendment to restrict them. The amendment was supposed to be an easy victory for anti-abortion forces.

Instead, by a vote of 59 percent to 41 percent, the people of Kansas voted no and sent shockwaves across the country.

Clearly, the political analysts and pollsters failed to capture the complexity of our state.

As a first-generation Latina Kansan, issues like abortion, student debt, COVID, housing, and climate change are pressing concerns for me. With the pandemic ongoing and the cost of living rising, I — like many young voters — found myself questioning the point of voting at all.

The Supreme Court’s decision to overturn Roe vs. Wade changed my mind. I was losing faith in our system, but it was clear that inaction wasn’t an option.

Millions of other voters in Kansas, including my sisters, friends, and cousins, felt the same way. Vote.org, which helps people register to vote, posted a 1,038 percent increase in voter registrations here on the day of the ruling — more than 10 times the number who registered the prior week.

The result? The biggest voter turnout for a Kansas primary in history.

The end of Roe has shifted the electoral priorities of young voters. Gen-Z — those of us born in the late 90s to early 2000s — are in college, looking to buy our first homes, or building our families, and we’re trying to ensure there’s a healthy planet left for our children.

But now, abortion rights have joined those priorities.

According to research by Advocates for Youth, one in four women will have an abortion in their lifetime. And young women and girls account for over 40 percent of all abortions, which are more common and necessary than we’re often led to believe. Young women in college are three times more likely to experience sexual violence, and they often lack the resources needed to travel for abortion care.

In short, the availability of abortion changes the direction of our lives. We cannot underestimate how much individuals value their constitutional rights.

That includes people from more conservative communities where God, guns, and country rule the day. Many Kansas counties that voted for Donald Trump in 2020 nonetheless voted decisively to protect abortion rights in 2022.

I come from a majority Hispanic town where religion is a community pillar and “vote yes” signs were lined up outside every church. Influenced by their Roman Catholic faith, many older Hispanic individuals hold conservative views on abortion.

But unlike their parents, U.S.-born Hispanic individuals are more open to the pro-choice movement. A 2007 Pew survey found that 65 percent of first-generation U.S. Hispanics opposed abortion rights — a figure that dropped to just 43 percent in the second generation.

So what are the lessons here?

For one thing, progressive young voters have identified abortion as an issue that will get them to the polls. For another, conservative communities value their constitutional rights, too.

In the Kansas primary, I saw the power of organizing and the power of youth as hundreds of volunteers turned out weekend after weekend to register folks to vote, canvas, and educate. If they want any chance of winning in the fall, it’s time for Democrats to listen.

This historic win not only reaffirmed the importance of voting but the possibility of winning in deeply conservative states. You read it here first: If Kansas can do it, so can people everywhere.