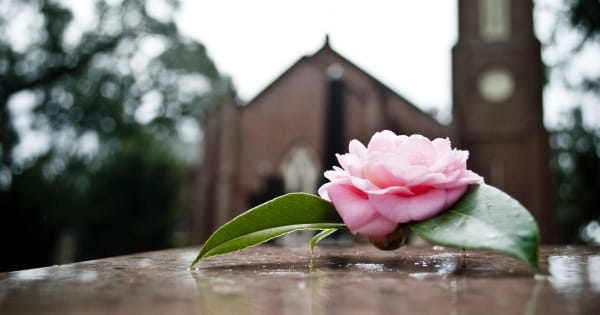 Recently the evangelical world was roiled with the news that Joshua Harris, author of the book “I Kissed Dating Goodbye,” which he has since disavowed and apologized for, was separating from his wife and abandoning the Christian faith.

What happened? I have a theory.

For decades the faith has had a reputation, deserved or not, of being heavy on maintaining cultural values, including sexual purity especially among girls, the subject of Harris’ book, and light on the primary tenet of the Christian faith, which is the grace of God through Jesus Christ. And when those cultural values come under attack, which many cultural conservatives believe has been happening for decades, their vacuousness is exposed.

And that’s not the only thing being exposed, either. Numerous women today are sharing about their struggle with sexuality when they were girls then, specifically the shame they felt for even thinking about sex or even engaging in it (in some cases unwillingly).

Part of the problem is that, as I have said before, God demands not a moral life but a transformed one. There’s a reason for that: Unless you recognize your need of His grace you simply cannot appreciate it. Not for nothing did Jesus say to the religious leaders of His day that tax collectors and prostitutes would enter the kingdom of heaven ahead of them.

One thing that I find problematic in so-called Christian movements like “Quiverfull” that simply sought to “outbreed” the rest of the world and cloister children in the process is that they in fact sabotage their own goals by making the faith more traditional than evangelical. In this context outreach to others not in the faith is much less important than raising children not to question anything. While there’s nothing wrong in itself with imparting faith to children, doing so in that way paradoxically leads to a weak faith and a lack of trust in God Himself to preserve His own.

This could be the reason why much of the millennial generation disdains evangelicalism, which has become more of a subculture than a living reality pointing to a living God. Their parents either never knew or have forgotten that the necessary transformation to keep children living for Him must come before any demands for “moral” behavior.

Perhaps Harris, who later became a megachurch pastor, will return; if he does he’ll have the fire of God in his bones and not tolerate half-steps. It’s for this reason I’ve been saying for a while that this generation needs its own touch of God, and should He move in that way it will put its elders to shame.

—
A version of this post was previously published on UncommonSenseCommentary and is republished here with permission from the author.
—

Facebook34Tweet2Pin1EmailShares37
wpDiscuz
Share this ArticleLike this article? Email it to a friend!
Email sent!