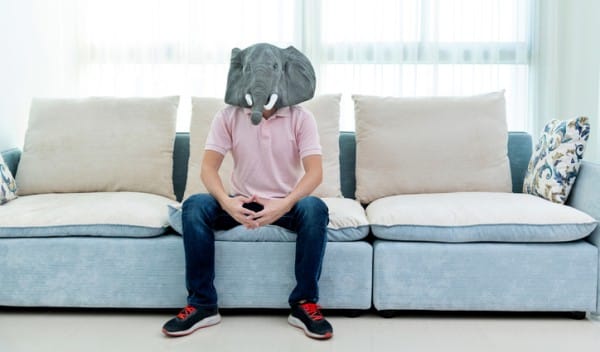 Of Macroeconomics, Social Security, and the Reification of Government

You claim to be worried about the national debt.

You do not, however, conduct yourself as if the national debt were important.

I expect you voted for George W. Bush over Al Gore and, in that campaign, the primary issue was whether to use the prosperity of the Clinton years to pay down debt or to fund a tax cut.

Mr. Gore proposed treating the Social Security trust fund like a trust fund for a change rather than counting it as if it were an asset available for any purpose. His method of explaining something of which the average voter is unaware left something to be desired.

To the credit of the voters, Mr. Gore won the popular vote anyway, but the Electoral College and the Supreme Court, not necessarily in that order, installed Mr. Bush.

Mr. Bush could, of course, have paid down debt while he had a surplus and explained to voters like you why that’s important. You pay down debt in a time of surplus. You do not cut the budget into a slow economy, which is exactly what your side of the political street has advocated.

Leaving aside the magic of the aggregate demand curve, about which you steadfastly refuse to learn, there’s another reason. In a recessionary economy, interest rates are very low, making it a great time to borrow money.

Businesses typically do not take advantage because a downturn means fewer customers and no need to expand capacity. Very big businesses with lots of cash on the balance sheet use the recession to upgrade on the cheap, but even they seldom expand.

Government, on the other hand, is responsible for a lot of capital improvements that require upkeep: highways, bridges, dams, and airports. Government also should be, but is not at this time, responsible for the electrical grid, which is generations behind Europe and the modern parts of Asia.

Government expenditures release money that has something called “velocity.” That is, all expenditures do not stimulate the economy equally. Infrastructure spending has a lot of velocity compared to, say, defense spending.

The same could be said of tax cuts, except the only tax cut with a serious bang of stimulative effect is the payroll tax, which puts money in the pockets of people quickly most of whom will spend it quickly. Rich people don’t normally get their money from a payroll, but they would not be in a hurry to spend it if they did.

All tax cuts are not equal. The immediate goal is not investment. The goal is spending.

Trump and many other pols are selling manufacturing snake oil. Those jobs are gone and few of them will ever come back. Pretending otherwise is irresponsible.

I suppose if the robots learned to go on strike, the humans could scab on them. But that would be very temporary and, anyway, you always say you don’t want the government to encourage bad habits.

Trump goes to coal country and tells out of work miners that they will soon be digging coal again. He does not say where we will sell all that coal, but China is our only hope and if you tried to breathe in Beijing you would understand that hope is slender even without Mr. Trump’s trade war. Pretending otherwise is irresponsible.

One good thing about China’s socialist tradition is they still have public five year plans and you can see what they intend to accomplish. They, too, are bleeding manufacturing jobs to Vietnam, to Indonesia, and (believe it or not) to Mexico, at least as long as manufacture in Mexico means no tariffs coming into the U.S. market. Their plan, since they do not have to deal with messy democracy, is to face facts and let them go. Their goal is transition to a service economy.

I have taught lots of Chinese graduate students. I’m betting more than you have. Based on my observations, Chinese come to graduate school much better prepared than Americans.

However, they do not do greatly better once they arrive. I teach in social sciences, where we deal in questions that either have no answers or have answers that raise new questions.

American students from first tier universities are used to those kinds of questions. They are, in a word, creative. Chinese students have a much larger store of known facts but their ability to project into the unknown is stunted. They catch on quickly and I don’t mean to denigrate knowing a lot of stuff. By the time they take a graduate degree home from an American university, their skills are among the best in the world.

My point is that we can compete on a level playing field. We need to reform preparatory education in one direction and they need to reform theirs in another, but it all comes out in the wash and we need not fear competing just the way things are nor is there anything to gain by hostility to China.

And if they tried to sell all their U.S. treasury notes at the same time, it would do them as much harm as us. We are more interdependent with China than we ever were with Russia. Mr. Putin can create a lot of mischief but he cannot compete with the U.S. when he runs an economy based on resource extraction and stealing.

For you and I, balancing a budget means our spending does not exceed our income.

The amount of demand that is missing and causing the slowdown is a knowable number. It is not a matter of opinion. It’s a matter of arithmetic.

The recovery was sluggish because Obama did not get the stimulus needed and much of what he did get came in the form of tax cuts.

Social Security is not as critical as it could be thanks to all those undocumented workers Mr. Trump wants to deport. There’s quite a controversy over how many years undocumented workers add to both Social Security and Medicare but there is no question that having all those people paying in who will never take out does give U.S. taxpayers a margin they would not have otherwise.

The conservative think tank turned political shop, the Heritage Foundation, produced a “study” that claimed otherwise. But I’ve got to think you can see what they did wrong without my prodding.

You say SS benefits need to be decreased; I say they should be increased. You want to raise the retirement age; I want to cut it.

Why? Because, you don’t deal with a structural unemployment problem by forcing people to stay in the work force longer.

How? Remove the cap on the payroll tax. I did not know there was a cap until the first year I hit it and thought I had gotten a pay raise. At those income levels, the impact on the demand curve is marginal and the pain is practically nonexistent.

Letting people retire earlier (still with smaller benefits than “full” retirement) is a concession to the new employment reality. I live in a “retirement community” and everybody works. When you work in retirement, every year your earnings exceed your skinniest year, the better year replaces the skinny one in calculating your benefits.

Another problem with the new employment reality that must be solved is the impact of the “gig economy.” I discovered it first when I was working my way through school. I knew I would have lots of jobs during the school year but I didn’t know exactly where they would come from or what I would be doing. That’s OK when you are a student; it’s harder for adults.

It’s a very big deal that the time of the fixed retirement benefit is long gone, but people will still need to retire.

The fixed benefit outside the executive suite was a creature of the labor movement, and the labor movement has not figured out a way to organize workplaces that are no longer in meatspace. Nor are the unions prepared to negotiate without the regime of wages and hours we are used to ever since the New Deal gave us the Fair Labor Standards Act.

Giving the FLSA a 21st Century overhaul is hard with a party controlling Congress that purports to believe that the market exerts all necessary control over wages and hours.

This would be the same party that opposed the federal right to organize in the NLRA.

The same party that called the GI Bill “the dole.”

The New Deal and the Reagan Revolution are blueprints for very different societies.

The Soviet Union paradigm is not an option on the table, except perhaps in the mind of Mr. Putin and his pal Mr. Trump.

They say you run in poetry and govern in prose but I want to suggest you don’t do either in cartoons.

I have always tried to show up when necessary, when I thought I could do what was required better than anybody else willing to serve. I am not authoritarian and I’m sure you can form your own opinion whether I’m stupid. But I am the government. And so are you, if you choose to be.

Facebook18Tweet1PinEmailShares19
wpDiscuz
0
0
Would love your thoughts, please comment.x
()
x
| Reply
Share this ArticleLike this article? Email it to a friend!
Email sent!