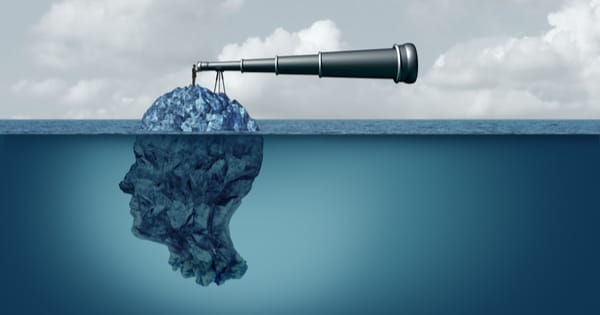 Bipolar disorder has been a major part of my mental health journey and one of the more difficult components to this has been depression. Until recently I didn’t know the extent of the negativity I was experiencing emotionally. I’ve started to climb out of the negative side of bipolarity in a healthy way. Some of this has had to do with eliminating life stressors, while another facet of it has been developing wiser ways of viewing the world.

A major component of my negative thoughts and emotions was circumstantial. For a while I was struggling to maintain regular social contacts, get along with my family, and I was barely getting by financially. These were major life stressors that were major detriments to my mental health. I worked hard on improving my social skills but I still struggled interpersonally.

The constant stress of worrying about every small expense as being an important decision caused me depression, anger, and this fueled some of my other symptoms as well including psychosis. When I was in these negative states it was difficult to have positive social interactions because I unintentionally transferred all my life stress to my social and familial conversations. This made spending time with me a burden to others mentally and emotionally because of all my negativity.

At the time I couldn’t see that I needed to change, however, I don’t blame people for limiting their social contact with me during these periods. I can see how it can be difficult to interact with me when I was in my most negative states. As I worked on my social skills I began getting along better with family and friends but finances were still a major life stressor. “Anyone who has ever struggled with poverty knows how extremely expensive it is to be poor” (James Baldwin). Not having good financial standing caused me to want to work as hard as I could on my mental health around the clock. Every day I took a number of measures to make my bills cheaper, to find ways of saving, and to cut my spending in as many ways as I possibly could.

Part of my issue has been that reading causes psychosis for me so every day after working eight to nine hours with two hours of commuting I got home and continued to work to solve this problem and to work on alleviating my psychosis.  It’s something I’ve made great progress on but it still affects me. Being a peer specialist, I could get by with the amount of reading I had at work while still having some symptoms, but my thoughts have been if I was able to read it alleviates the burden of being limited to peer work if I ever needed to switch careers to make a better salary.

One day, I crossed an incredible stroke of like which was life-altering. It was determined at work that peer salaries were well under where they should be and we all were increased by four dollars per hour. It felt miraculous as my day to day financial worries were alleviated. At my previous salary, I was right around break-even financially with all my expenses but now I had disposable income. Having the disposable income and being financially stable alleviated a great deal of stress.

With my financial worries liquidated, I could breathe and my negative emotions, anger, and irritability all decreased. I now had more disposable income to do more fun things, eat healthier food, pick up the check at a restaurant, go out to eat if I needed to, get gas at a more expensive station if it was more convenient, and not be stressed about every single expenditure as a major financial decision. Having money does alleviate stress and it’s not the entirety of being happy but having enough of it certainly does help. Money does create happiness to an extent. However, there was still a great deal of negativity remaining that needed to be resolved.

In supervision, I was told to not attribute malice to a mistake when it could just be stupidity. This was put bluntly but opened up a number of avenues for improvement. I built off this concept and also figured to not attribute bad intentions where there are good, ill will where there is goodwill, a reasonable explanation as opposed to an unreasonable one, and also to look for greater reasons for people’s mistakes other than simplistic explanations of incompetence. This paradigm shift clarified life for me immensely and I started drawing much better conclusions when thinking about everything I encounter. My conclusions were healthier and much closer to the truth.

In the past, if someone cut me off in traffic I’d get angry and yell that they were stupid. Now I make the conjecture that maybe they just didn’t see me and it’s not a problem which to me is a more reasonable answer. Even if they did cut me off maybe they were just in a hurry and there was no ill will intended. Thoughts like these have made it easier to forgive people but also to understand there’s more to situations than simple answers. I was looking for simple answers, in terms of identifying and vilifying a particular individual who seemed to be wrong as bad, myself as good, thus giving me someone to direct my anger towards and fueling negative emotions. However, when I was able to see most people have good intentions and mean well, even if the consequences of their actions don’t pan out that way, but also that not everything is a question of morality, this helped me see the causality of people’s mistakes in a much clearer light.

There were so many times I attributed a person’s morality as the reasons to their shortcomings, especially my own, but when I realized there are far more factors and components to a problem than I could even compute it took the onus off myself and others. The problems were still my responsibility to solve but it didn’t necessarily matter where the fault fell. Fault could be redistributed solely from myself and reallocated to a number of sources for any problem. This alleviated depression immensely because in the past if I messed up I was really hard on myself but at this point I see that maybe there was more happening than I could process at the time of a mistake. Knowing this also helped me to realize that in life, we sometimes have to make the mistake that’s in the way, and this has also helped me emotionally.

I realize in life, based upon what I’ve learned up to a certain point I’m bound to make mistakes that are unavoidable. Using these as learning opportunities and looking at mistakes as learning opportunities also took the pressure off myself in these situations. With this major shift in my thinking, my conversations were becoming healthier and easier to conduct. People were beginning to want to spend more time with me and to enjoy being around me. In the past when I was lamenting about how I thought everyone in the world was bad people didn’t want to be around me. My conversations have become more positive and this has made it easier for people to spend time with me. Alleviating my isolation has made me happier and I haven’t felt depressed for a while now.

The depression had more to do with the way I was conceptualizing life, mistakes, and situations in life than it did with who I was as a person. However, changing the way I conceptualized life helped me grow in ways I couldn’t even imagine. I think another component to keep in mind was that the problem also had to do with my financial situation and life circumstances. It’s important to realize how life circumstances can be a major cause of emotional conditions as well as having been through difficult life experiences and needing to change philosophically.