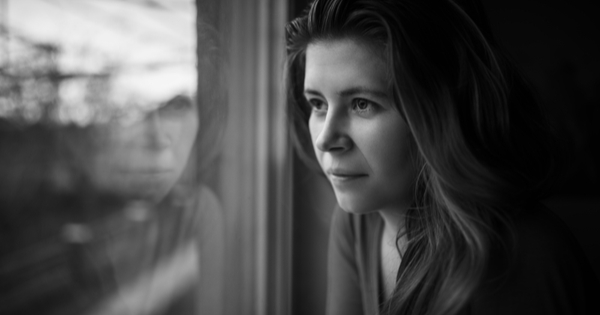 Did we actually transport all of the ingredients in our little Volkswagen Rabbit which faithfully put-putted us deep into the woods of rural Pennsylvania for the annual Thanksgiving feast? Were the ingredients already there, (Cream. Nutmeg. Egg white. Crazy amounts of bourbon and rum.) waiting to be transmogrified by my alchemist father, whipped into the biting nectar that, although anticipated all year, inevitably tasted like a surprise?

The famous eggnog was what my 23-year-old cousin, *Georg, brought into the back bedroom to “help me relax.” It was Black Friday, I was 14, and of course, I thought I loved him. I’d been attempting to learn my lines for the school play; a tongue-in-cheek melodrama.

I was too chubby to play the pretty daughter, but the role of the mom was actually kind of great. My first lead! It was hard to concentrate on the script though, because Georg (the perpetual grad student) had spent the earlier part of the day teaching me the concept of “approach/avoidance.”

I’d never heard of such a thing and I was thrilled with the way he applied it to how he felt about me. Delicious shivers of shame ran up and down my limbs as he explained that he was trying to be good and stay away, but nonetheless, he hungered for me.

The previous day (the fourth Thursday of November 1982) had begun early for the women in my family. At least it seemed early to my sluggish, hungover, teenage body. Coffee percolated, my cold hands peeled the nutrients away from two dozen russet potatoes, and I watched the turkey get itself stuffed. My Ms. Magazine-reading mother hustled to fix bacon, eggs, toast and fresh-squeezed juice for the men, who needed a big breakfast to fortify themselves for the arduous tasks of building a fire in the fireplace and playing pool.

By noontime the women switched from coffee to Bloody Marys (Or was it mimosas? More eggnog?) and the men moved from the pool table to the living room where they sat in front of the roaring fire, drinking bourbon, playing chess, and feasting their eyes on the ubiquitous stacks of Uncle Doug’s Playboys. To be fair, Playboy was equal opportunity entertainment in that house. After my third helping of pumpkin pie and about an hour of cleanup, I too sat before the fire, trying to suppress the throbbing between my legs as I pretended I was reading an interview with Akio Morita or Klaus Kinski or Sting.

Did my little brother sip sweet alcohol and “read” with all of us at age 13? 12? 11? I can’t remember and I’m scared to find out now. I do remember that was the year they made us both go to bed early so they could christen Uncle Doug’s new VCR with a viewing of Deep Throat.

Given the context, I suppose I should give Georg some credit for the avoidance aspect of his approach to me. In retrospect, I remain grateful that he didn’t go all the way and fuck me, although at the time I was sure that my pudgy awkwardness had turned him off, turned him away. I recall kissing him first and remember my nervousness caused me to spill the eggnog on my left breast. He licked it off and for a moment I knew this was surely love. At some point, after I saw Uncle Doug in the doorway and before my mom and Aunt Liz called me to go Black Friday dress shopping, we stopped.

I hadn’t been able to eat all day. This lack of appetite was among the most intense of all my new sensations and in those teenage days of fast metabolism, my stomach seemed to instantly flatten. In the dressing room of the store, everything I tried on clung to the curves I normally concealed and dazzled me.

They bought me an eggplant colored dress that day. But by the time I wore it to my Tenth Grade Dance I hated it.

When we returned to the house the men were back in the living room with the Playboys and the chess games and the fire and some kind of dark German lager, but Georg was gone. Apparently he “hadn’t felt well” and had roared off on his motorcycle with a full bottle of Pepto, “swigging from it like a flask!” they laughed.

I never saw him again. But that summer he sent me a letter on notepaper with big red cartoon mushrooms crawling up the side. The note said, “√69= I ate something.”

The next year when my mother sent me off to help Uncle Doug run errands and he squeezed my thigh (making hot tears spring from my eyes) and asked me to tell him my fantasies, I knew that Georg had passed me down the table like the lumpy, dull, nutrient-free potatoes I had spent another Thanksgiving morning preparing.

It took a few years for me to feel beautiful again; but the day of my high school graduation, with the family gathered in the living room as I opened my presents, I was beguiled by a lacy, ribboned negligee wrapped in delicate tissue paper. It was rosy pink; “titty pink” they joked, as they urged me to try it on. Up in my room, I felt like a princess sliding the silk over my head. I washed my face, brushed my hair, then slowly descended the staircase, pretending to be a movie star as the flash from Uncle Doug’s pro-camera popped over and over again until they had had their fill.

*names have been changed. Also, my uncle was really a much older cousin whom we always called “uncle” and my cousin was really his wife’s nephew, so no blood relation, but you get the picture, I hope.

Gretchen M. Michelfeld is an eclectic writer, a hopeful feminist, a sheepish Mets fan and a proud mom. Her award-winning feature film AS GOOD AS YOU is available on Amazon Prime, EPIX, and iTunes. https://www.gretchenmmichelfeld.com/