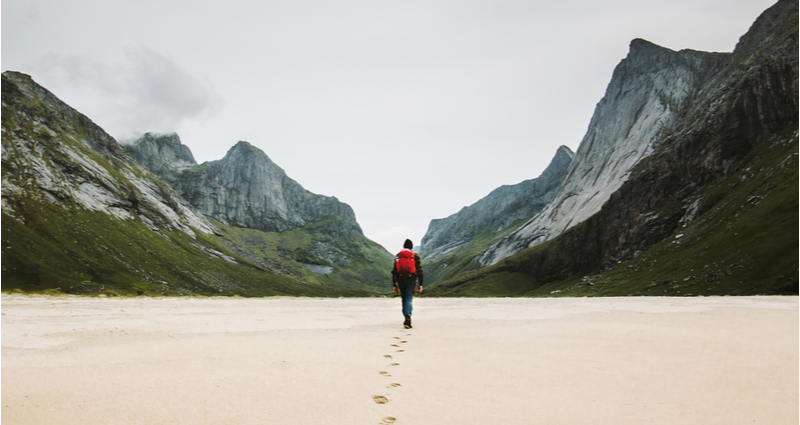 In Sunday morning Aikido class, Sensei Bobby taught me to correctly roll (take falls) forward and backward on the Dojo mat. Sensei demonstrated what to do. We sat together on the mat. Sensei said to keep my right leg and my right arm on the right side of the kensen. When holding the bokken (wooden sword), the kensen defines the line from the tip of the bokken to my center. I aligned my body with the kensen on each roll.

Rolling forward and backward, I keep both hands in my center. I extend my body in a straight line, not veering to either side. I extend straight moving forward or backward. Sensei showed me what to do. He corrected my rolls. Rolling was now cool. It was tough. It was fun. It made a difference.

My new rolling is still not natural. I need to practice over and over and over again. When I rolled properly my body didn’t hurt. Occasionally, I made a sound with my feet hitting the mat. I’ve got to work on that, too. The new rolling, the new way heals my body. It heals me.

Maybe, reinventing myself can be as simple as reinventing my rolls.  Although, simple doesn’t necessarily translate to easy. Just saying. I reinvent myself to heal, to grow, to make a difference.

Since I was a little boy, I hated on myself. My old ways. I was my meanest critic. That voice in my head said, “I’m no good. I’ll never be enough.” Working with my Therapist Lance, I got that voice was my dad’s. Dad inherited that voice from his Dad. My dad’s experience was far worse from his Dad. No, that’s no excuse for his cruelty. Rather, I had compassion from where Dad came from, his Zero. Dad wasn’t perfect. He was human. I’m imperfectly human, too.

In 2016, I messed up the Thanksgiving Holiday, by not making any plans. I suffered from depression and didn’t want to burden others during the holidays. On Thanksgiving morning, I watched my favorite movie, The Edge of Seventeen, starring Hailee Steinfeld at the movie theater. Hailee played Nadine, the smarter-than-thou, 17-year-old girl, who was so unkind to almost everyone. Yet, Nadine was unkindest to herself.

Speaking with her older brother Darian, played by Blake Jenner, Nadine tearfully cops to her existence:

You know, ever since we were little, I would get this feeling like… Like I’m floating outside of my body, looking down at myself… And I hate what I see… How I’m acting, the way I sound. And I don’t know how to change it. And I’m so scared… That the feeling is never gonna go away.

I got it: I was Nadine. I had to be kinder to me or at least stop hating on myself, so much. My self-hating ways sourced my suffering.

After the movie, I texted my friend Erik to wish him a Happy Thanksgiving. In the previous 25 years, I had spent the holiday with Erik and his family. I asked if I could come visit for Christmas. He said yes. Erik was happy to have me over. I took my baby steps. I began to reinvent myself.

I started being kinder to me and slowly began to heal myself. I had to practice. I had to grind it out. Since then, I’ve spent Thanksgivings with Erik and his family. We’re family. I’m so very grateful.

I reinvented my old ways, reinventing myself.  I learned to love and forgive myself. I’m kind to others, and I’m kind to me.

The old ways, our old selves die hard because they’ve become what we tolerate, what we’re used to. Reinventing my greater-than version is supposed to be uncomfortable: I have to give up what I sold out on. Just saying.

Reinvention can reveal what’s next, what’s possible. That we’re greater than we know ourselves to be. And that’s a good thing.