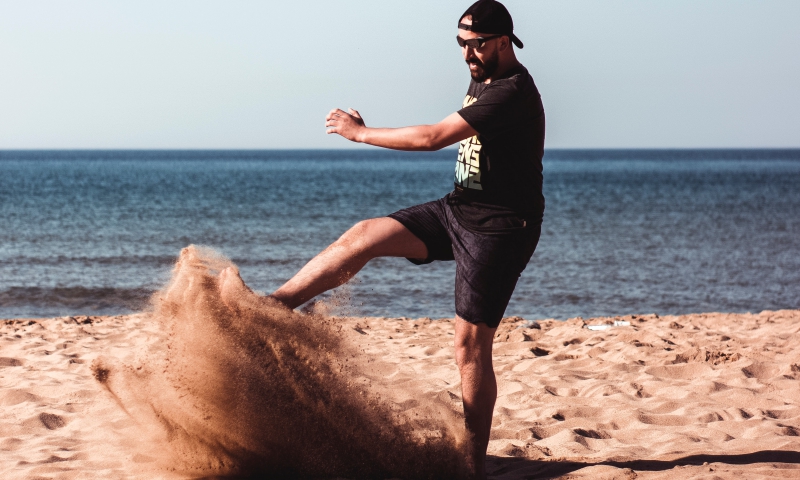 When I arrive at my son Sam’s Martial Arts dojo, something isn’t right. Sam’s teacher, Sensei Tom, motions for me to speak with him privately. This can’t be good. Man, if Sam can’t keep his shit together in Martial Arts, where you’re supposed to hit people, I’m screwed.

I was mad, but then, just as quickly, I wasn’t. I don’t get angry. I keep other people from getting angry. That’s been my job since long before I was legally old enough to work. My parents were always angry, but they stayed together for the kids, like you did in the seventies. They didn’t do it happily, though, and pretty quickly I sensed that the best way to survive was to stay out of their way.

As I waited for Tom to finish talking to one of the moms, my mind cycled through all the awful possibilities. Had Sam hurt someone? Would there be lawyers? This was all my fault. Sam had my genes. He had all my anger, but unlike mine, his childhood hadn’t been filled with vivid, re-occurring demonstrations about the dangers of letting it out. I’d never put my fist through a glass table, broken down a door, threatened to cut his mother’s throat. I’d never taught him to be afraid of anger the way my dad had taught me.

I had signed Sam up for martial arts so he could have a friendlier relationship to an emotion I instinctively crossed the street to avoid. This dojo, UCLA Family Commons, was run by a bunch of child development geeks. Their approach was more Kung Fu Panda than Kill Bill. I had high hopes, which got even higher when I got to know Sensei Tom. I felt at ease as soon as I saw Tom’s Red Sox hat and the shamrock tattooed on his huge forearm. I’d grown up outside of Boston, among Mulligans, O’Rourkes and Sullivans. They weren’t my people, but I knew how to be around them. Sam loved Tom right away. He understood that the kids wouldn’t learn discipline, or anything else, if they weren’t having fun. Instead of berating or benching a kid who wasn’t into it, Tom would say, look, if you can only give 50% today, that’s fine. But give 100% of the 50% you can give. That’s as Zen as it got, but it worked. One day, when Tom heard Sam giggling about farting during sparring, he looked at me, shrugged and said, when you’re around kids all day, there’s a lot of farts.

Now though, Tom looked like someone with news he’d really rather not have to deliver. We stepped back in the dojo while Sam put on his shoes in the hallway outside.

I feel really bad, Tom started. This wasn’t what I was expecting. But when Sam and I were sparring, he stepped forward when I thought he was going to back up and he walked right into a kick. Like, full-force in the chest. I could hear the air leave his body and all I could think was “oh shit, I killed him.”

My anger antennae were confused. Tom seemed to be worried that I was mad at him. He didn’t know I wasn’t wired for that.

Oh yeah, totally. That was the funny thing. He looked really pissed, but then he just laughed it off. He might get mad later, though…

I didn’t tell Tom that none of this made any sense to me. The silence made him uncomfortable.

He seems fine…I just wanted to let you know what happened.

I told him not to worry, I was sure it would be fine. In the car on the way home, Sam was quiet, so after a bit I said, hey, so Tom told me about kicking you.

Yeah! he said, perking right up, but like he had a funny story he’d almost forgot to tell me. He kicked me really hard. He’s super strong. He felt really bad about it, but I was messing with him, so it was kind of my fault, too.

I’m glad you’re not hurt, I said. It sounds like you handled it great. I really wanted to ask him, didn’t you feel furious at Tom? Didn’t it feel unfair and shitty and terrifying? I mean, he must have felt something when the man he trusted to teach him to be safe put him in danger, with no warning, nothing…

I could tell he was fine. I was the one in shock. How did he do this?

All I could come up with was that it was because he knew, deep down, that Sensei Tom was someone he could trust. Someone who’d never hurt him.

I never had that, but somehow, I’d made sure that Sam did. Not just from Tom, but from me. This makes me feel really good. But also sort of jealous.

Like so much about fatherhood, it’s a mixed blessing.

He may have my genes, but at least he didn’t have my life. 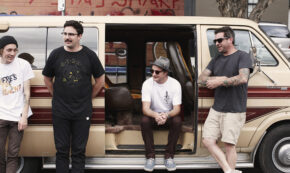 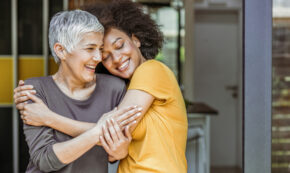