It turns out there is one phrase more important to a harmonious marriage than “I Love You.”

Does every couple recount a single anecdote of their relationship? Maybe your story is worthy of When Harry Met Sally, ending “and just like that, I knew it was meant to be.” Mine is about a time I proved my husband, Nate, wrong.

At the heart of the tale is advice we received at our wedding. “The most useful phrase you will ever say to each other is not ‘I love you,’” a couple informed us; “It is, instead, ‘It turns out you were right.’”

If I told the story to people who don’t know him, sometimes I’d mention Nate is sharp as truth; he is rarely mistaken, which I find sexy. I’d note that with brilliance comes a bullish sense of infallibility. But I’d always remember to say Nate is a helluva guy, a guy you’d want as a lifeline on a game show.

My marital anecdote takes place in Madison, Wisconsin in 2004. As childless newlyweds are wont to do, we decide to drive to Chicago for the day. I’m an organized person—both of my kids were born on their due dates!—so I plan ahead and buy tickets online to see the Sears Tower. I heard tickets were less expensive if bought in advance, and I’m the type of frugal chick who loves saving a few dollars.

By the time our appointment rolls around, we’re veteran sightseers. We’ve eaten a hotdog, strolled the Magnificent Mile, toured the River Esplanade. Arm in arm, we round a corner to face a giant building. Nate moves to cross the road, but I stop and motion to bring out the map. He gives me an impatient look that says, “Look at it! It’s obviously the Sears Tower. Let’s go.” We go.

When we arrive, I look up, wanting to absorb the magnificence from an ant’s-eye view. This impressive structure even seems to create its own weather; at close range, the powerful wind nearly knocks me over. As I’m taking it all in, I notice a sign on the building that reads, “John Hancock Center.” Hmm. I turn to Nate, pointing at the sign and say, “Are you sure we’re at the Sears Tower?” He replies, “It’s not going to say Sears Tower. It just is the Sears Tower.”  Mm-hmm.

We go to will call to pick up our tickets. Because you’ve figured out what’s happening, you already know the ticket lady can’t find our name on the list. I curse my choice not to print the confirmation. With minimal explanation on my part, this sweet gal working the window lets us in without tickets. God bless the Midwest.

We get in line to ride an elevator to the top. A track plays on a speaker above with David Schwimmer’s voice providing facts about the building. I listen up.

There are over 700 condominiums!

I cock my head. “Did you know there were so many condos here?”

The tower boasts such famous residents as Jerry Springer.

Raising my eyebrows, I give him one last out. “Are you sure we’re in the Sears Tower?” In a marriage-defining instant he will come to regret later, he says, “What do you think I am, an idiot?” I have nothing to say. I’m not sure of the answer yet. I go back to listening.

The John Hancock Center is the fourth tallest building in Chicago.

Hands up in surrender, I blurt, “Okay, I’ve heard enough.”

I had reached that moment in the proverbial car trip where the wife wrenches open the door of the moving car so she can roll out to ask for directions. With a flourish, I pull out the map. Here we are, I note, in the heart of Michigan Avenue, at the John Hancock Center. The Sears Tower, which incidentally is called the Willis Tower now, is waaaaay across town in the financial district.

I brandish the map in his face with glee, like a toddler bringing her mother a freshly picked booger to admire. At this point in our relationship, I relished the opportunity to be right. I even developed a little jig I’d do when he was proven wrong, a number I unimaginatively referred to as the “Nate’s wrong dance.”

He looks at the map, and for a split second, he is dumbstruck. Emboldened by his newfound humility, I seize my opportunity to sidle up to the woman ushering people into an elevator and whisper our mistake. She smiles and says, “Just go ahead back in line. You’re fine.”

A stickler for the rules, and evidently not one to understand subtlety, I tell her again. Without blinking, she says, still smiling, “I’m trying to help you.” She shoos me back. This is how Midwesterners are; they want to help you, in spite of yourself.

The silver lining is that because of the kindness of the windy city and my husband’s doggedness, we got to see both “Sears Towers” that day. Here’s a tip: the John Hancock Center has a better view.

The chance to use the advice came up again recently. We celebrated our tenth wedding anniversary in October by heading north to peep leaves in Quebec. Nate insisted we rent a car in case our fourteen-year-old Saab, which has had its share of problems, couldn’t make the ten-hour round-trip. I thought it could; maybe it’s because it was my first car, I tend to rush to its defense, but I let Nate have his way. In the history of matrimonial debates, this one hardly registers.

We’re sitting in the rental car, which refuses to start. Is this irony? I wonder. I’m always getting that wrong. While Nate white-knuckles the steering wheel, I am in a state of calm reflection. In the midst of uncomfortable silences, I am usually a talker—in a marital counseling session, our therapist had to tell me more than once to stop interrupting. This time, I resolve to say nothing. No gloating, no dance.

For a meditative moment, we are motionless and quiet but for the rustling of leaves outside. I am content to be exactly where we are, which is at a rest stop somewhere between Montreal and Quebec City. I glance out the window. The splendor of the leaves is stunning in a way that renders us speechless except for the occasional monosyllabic uttering of “Wow!” or “Gosh!” If you couldn’t see the toilets, you might think we were in a lovely arboretum.

The beauty and banality of the setting reminds me of our marriage. A decade in, we’ve accepted each other’s peccadilloes. Is it the picturesque amidst the potties that keeps us hanging in there through the challenges? I think of how, even in my silence, I am still trying to win. This ridiculous notion makes me laugh out loud. Nate loosens his grip. He turns to me, smiles, and says, “What, no dance?”

Love this? We’ll send you more by email. Receive our daily or weekly email. Sign up here.

Looking for a relationship? The Good Men Project promises to have a really good one with your inbox.  Sign up for our daily or weekly newsletter here.

OMG I found this article hilarious!!! Not married yet, but I can relate. Thank you Justine!!! My boyfriend is a very intelligent man, but, like any other human being, sometimes he is wrong, and oh boy! He is good at acknowledging that I was right all along, but it took some time. As for me, I’m always right!!! LOL #WishfulThinking

Love it!! And laughed- as dear daughter and SIL were given this advice by my DH- they are fabulous words to HEAR and have been muttered grudgingly. Marriage is a work in progress.

My husband is so good at saying “I’m sorry” and also “you were right.” I try to learn from him because I’m way more stubborn.

Guest
Does it matter

What I got from this is that you like to gloat on the rare occasions your husband is ‘wrong’. That he never took the opportunity to tell you that you were ‘right’ on those rare occasions (as per the advice). And that marriage counseling taught you to keep the impulse to gloat inside, thus you recognizing how hideous that response is.

Guest
Justine
Reply to  Does it matter

Marital counseling taught me a lot! I recommend it highly to anyone who will listen. Sure, not every occasion is a time to say, “It turns out you were right,” but it has saves us a lot of unncessary arguments. The second important half of that advice I didn’t mention is that once your partner says those magic words, you have to let it go. Easier said than done—as I said, I’m a talker, for better or worse.

And “has saves” is why you should probably not drink wine while commenting. But you know what I mean… 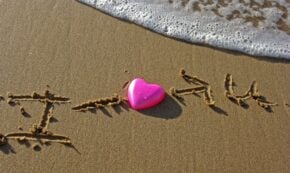 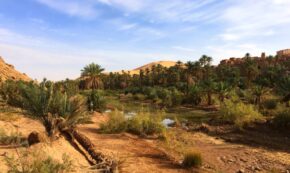 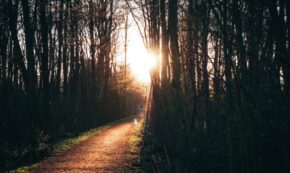 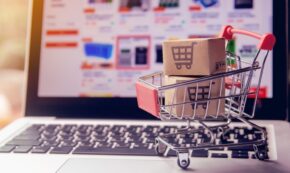 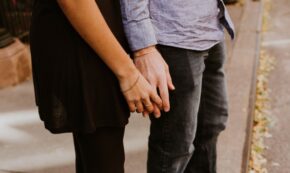 FacebookTweetPinEmailShares591
We use cookies on our website to give you the most relevant experience by remembering your preferences and repeat visits. By clicking “Accept”, you consent to the use of ALL the cookies.
Do not sell my personal information.
Cookie SettingsAccept
Manage consent