Ken Goldstein is embarking on an experiment at The Good Men Project. Serializing his new novel, This Is Rage, chapter by chapter.

Writing is important to me. So is The Good Men Project. Lucky for me these two passions have a lot in common. I hope it stays that way for the next few decades.

The idea of serialized fiction has always been appealing to me, and I often wonder why this paradigm has not exploded online. Charles Dickens made a fine living releasing his popular works chapter by chapter in Victorian times; his readers would eagerly wait at newsstands for the next bit of story and character. Early radio programming created a national frenzy around week to week episodes of The Lone Ranger and The Green Hornet. Comic books are often self-contained, but the great super hero yarns are filled with cliff hangers that show one villain rising while another is taken to the slammer. Television is perhaps the backbone today of stories that are told in episodes over time, but literary fiction has enjoyed success in modern times as well  with creative experiments like the original release of Tom Wolfe’s Bonfire of the Vanities in Rolling Stone magazine.

Of course people are trying all kinds of innovation online in text, audio, and video. The essence of any brand is to create a reason for people to return to it frequently; the wired and mobile worlds are no exception. As I signed off on the final manuscript of my first novel, This Is Rage, I thought, wouldn’t it be cool if the book’s first real commercial exposure could be digital? After all, it’s a story of our age—a  tale of contemporary ennui, the unexpected raiding of a high flying tech company, the shenanigans of a greedy investor, and the redemption of a failed radio talk show host. A little Dickens, a little Wolfe, perchance even a few bytes of Stephenson. Giving away a sizeable chunk of it online made good sense, and if I was going to do that, where else could I possibly share it but among the writers and readers of the lightning-fast-growing interactive destination I am fortunate to be helping guide?

Joining together The Good Men Project and This Is Rage is for me a once-in-a-lifetime opportunity, to take a chance, to offer my story and characters in an environment that feels like Cheers. Of course you all don’t know my name, and I don’t yet know yours, but we can easily solve that. Our community will be among the first readers in the world to meet Daniel Steyer, venture capitalist working the shady deal of a lifetime, up against Kimo Balthazer, fired shock jock turned accidental internet radio phenom, a guy who thinks he knows what he’s doing but stirs the pot one turn too many and unleashes an outburst of public ambivalence that he can no more guide than contain. You’ll meet a pair of tech titans, and the pair of desperate engineer-entrepreneurs who lock themselves in an unfortunate bind with the power of wealth. Toss in some party politics, a movie mogul, an investment banker or two, and a trail of hubris and destroyed dreams—hey, there’s a reason I wrote a page-turner. I want you to want what’s on the next page, and I want to get you there at a frantic but entertaining pace.

Lisa Hickey, our beloved CEO at The Good Men Project, is one of my new heroes. I joined her early in the life of GMP as a blogger, and then jumped into the canoe with an oar as a board member and strategic advisor. When I mentioned the idea to Lisa of serializing as much as a third of my novel for our readers, she leapt at the project. We tend to think of GMP as a daring place, the kind of content site that relishes diversity, embraces complexity, is okay with controversy, but is respectful of language and longs for new voices. Our shared hope is that the serialized chapters of my novel will be followed by others, and that unusual fiction will become as much a part of GMP as our Sex & Relationship section, our Dads & Families section, our Marriage section, or our Sports section. While most of GMP will undoubtedly remain non-fiction in exploring the very notion of what it means to be a Good Man in the 21st century, we believe sometimes stepping beyond the bounds of non-fiction into the realm of storytelling can provide an inspiring counterpart to the collective. I am not sure there is a good man to be found in This Is Rage, but there are some good intentions gone mad, a few good growth arcs, and a heavy dose of on-air dialogue that tackles the theme of goodness. That’s why I wrote the book, because unconventional dialectic and synthesis in redemption deeply matter to me. That backbeat of struggle and reinvention is always in my head, and now it’s in the heads of my characters. Some of them could probably write for GMP, and who knows, might be already.

If you wish to join us on this expedition, we will begin rolling it out shortly, a little bit each week from now to our publishing date. I will be awaiting your real-time feedback, and hoping for the only endorsement that matters, the turning of the page. If you find yourself wanting to read the rest of the saga—which of course in my hope—my wonderful publisher, The Story Plant, will be releasing the full paperback and e-book on October 8, 2013.

Welcome, This Is Rage. Come meet the conflicted cast, laugh a little as their curious agendas intersect and ignite, take in a bit of hyper reality and reflection. Together we own an ambitious dialogue. Sharing the launch journey with our community is a true life honor.

This Is Rage: Serialization Schedule

We will be serializing the complete first section of This Is Rage.

This Is Rage: Serialization Schedule

We will be serializing the complete first section of This Is Rage.

PART ONE: The Vision Thing

August 19…… Never Bet Against the Bozos

September 2….No Such Thing as CEO School

September 9….Live from the Boulevard of Broken Dreams

September 16…The House Checks and Raises

September 20…If There Were Rules Who Would Listen?

September 30…Show Me Your Bulls

Ok, I read your first installment and I’m hooked. Looking forward to Ch 2 tomorrow – this is a great idea.

Thanks so much, I’m so glad you’re onboard! It’s really an experiment we’re trying so please tell your friends!

im not into fiction reading so cant advise, however sure why not publish it here

Thanks, James, I hope you’ll be able to take a look at Chapter 1 when it comes out this week on Good Men Project. There are a lot of Good Men themes in here, in the form of a fast moving story, which I hope you and our community embrace! 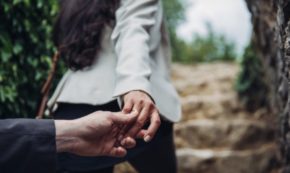 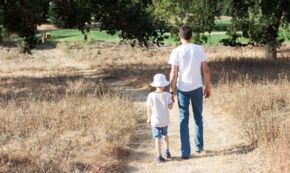 Facebook35TweetPin3EmailShares38
wpDiscuz
6
0
Would love your thoughts, please comment.x
()
x
| Reply
Share this ArticleLike this article? Email it to a friend!
Email sent!