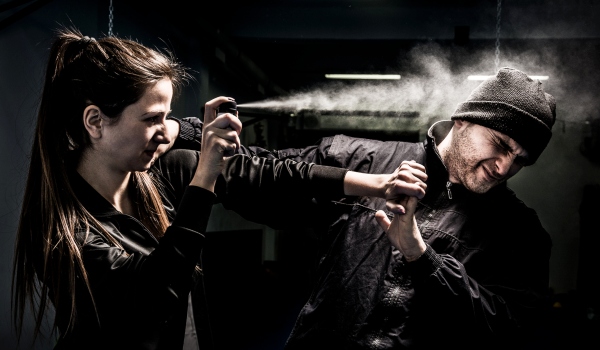 What’s wrong with mandatory minimum sentences? Plenty. Especially when it comes to murder.

High profile serial murderers come to mind when Canadians think of murder convictions: Bernardo, Olson, Pickton. Few turn their minds to the 18-year-old Indigenous teen who kills her abusive drug dealer. Such a situation can amount to murder in our law.

When it does, she is caught within the net of our sweeping mandatory sentencing regime. A judge has no choice but to give her a life sentence with no possibility of parole for at least 10 years.

A mandatory sentence for murder paints a wide variety of people and circumstances with the same brush. Every adult convicted of murder in this country is sentenced to life imprisonment with a mandatory period of parole ineligibility of 25 years for first degree murder and between 10 and 25 years for all other murders.

The Department of Justice recently release a study of Canadians that shows strong opposition to mandatory minimum sentences. More that 60 per cent of survey respondents thought that these sentences produced unfairness when applied to realistic case scenarios.

In the absence of legislative action by the Liberal government to make good on its commitment to end these sentences, independent Senator Kim Pate has introduced Bill S-251,which provides for judicial discretion to depart from a mandatory sentence where it would be just to do so. That Bill will be debated when Parliament resumes next month — and it includes the sentence most in need of reform: the mandatory life sentence for murder.

Canada’s murder sentencing law, already harsh by international standards, was made even more punitive under the Harper government. It passed a law making parole ineligibility periods consecutive to one another, leading to life-without-parole sentences. It also abolished the “faint-hope clause” which allowed for a 15-year review and was key to the mandatory life sentence being found constitutional in the early Charteryears. These changes raise important constitutional questions that are beginning to come before the courts.

Our law currently assumes that every single person convicted of murder needs to be under correctional supervision for their natural life, when the evidence shows us otherwise. Most murders are committed by the relatively young, for whom the prospects of change and rehabilitation are great. People convicted of murder are also more likely than other prisoners to be offence-free on parole.

The 18-year-old Indigenous teen who kills her abusive drug dealer may be released on parole 10 or 15 years later (although as an Indigenous woman she is less likely than other prisoners to get parole when she is eligible). However, even if released, her sentence never ends. She will be on parole when she is 60 years old and she can be returned to prison indefinitely for doing anything her parole officer considers related to her “crime cycle.”

Canadians often look south to smugly distinguish our system from the excesses of America’s death penalty, “three-strikes” laws, and young people serving life-without-parole sentences. However, we could more productively learn from the many jurisdictions in Europe, Australia and elsewhere that do not tie the hands of their judges in sentencing for our most serious offence. They allow for long sentences, including life, where necessary, but they let the judge tailor the sanction to the crime and to the individual.

Women who face murder charges for killing abusive partners, for example, too often plead guilty to manslaughter even when they have a viable self-defence claim. To make matters worse, the law of homicide itself has been distorted by the mandatory minimum sentence for murder. Juries tie themselves in knots to understand and apply defences such as intoxication and provocation that are specific to murder and have developed complex and arguably unprincipled rules.

In his mandate letter to Justice Minister Jody Wilson-Raybould, the Prime Minister tasked her with ensuring “a reasonable, evidence-based approach” to her review of mandatory minimum sentences. The evidence is in.

The problems and unfairness inherent in mandatory minimum sentences — the failure to deter crime, the excessive cost in human and fiscal terms, the exacerbation of systemic discrimination against Indigenous people, the pressure to plead guilty when innocent, and more – are all the more acute in murder sentencing where the stakes are so high.

It is time to act on this evidence and abolish all mandatory minimum sentences, including for our most serious offence. Canadians will support such a change and justice demands it.