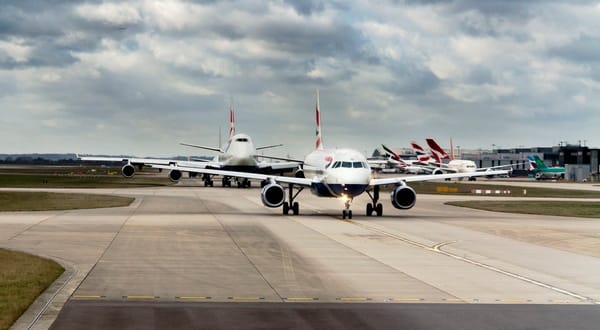 —
LONDON, 3 May, 2019 − The United Kingdom has taken a potentially momentous policy decision: it says there is a UK climate emergency.

On 1 May British members of Parliament (MPs) became the world’s first national legislature to declare a formal climate and environment emergency, saying they hoped they could work with like-minded countries across the world to take action to avoid more than 1.5°C of global warming.

No-one yet knows what will be the practical result of the resolution proposed by Jeremy Corbyn, the Opposition Labour leader, but UK politicians were under pressure to act following a series of high-profile strikes by school students in recent months and demonstrations by a new climate protest organisation, Extinction Rebellion (XR), whose supporters closed roads in the centre of London for a week.

The Conservative government ordered its MPs not to oppose the Labour resolution, and it was passed without a vote.

Hours after the MPs’ decision, a long-awaited detailed report by the government’s official advisors, the Committee on Climate Change, was published. It recommends cutting the UK’s greenhouse gas emissions to net zero by 2050. The current target is 80%.

The report says the government should accept the new target immediately, pass it into law in the next few months and begin to implement policies to achieve it. The committee says that will mean the end of petrol and diesel cars on British roads, a cut in meat consumption, an end to gas boilers for heating buildings, planting 1.5 billion trees to store carbon, a vast increase in renewable energy, and many other measures.

It says: “We conclude that net zero is necessary, feasible and cost-effective: necessary – to respond to the overwhelming evidence of the role of greenhouse gases in driving global climate change, and to meet the UK’s commitments as a signatory of the 2015 Paris Agreement; feasible – because the technologies and approaches that will deliver net zero are now understood and can be implemented with strong leadership from government; cost-effective – because of falls in the cost of key technologies.”

The CCC says striving to reach the target would bring “real benefits to UK citizens: cleaner air, healthier diets, improved health and new economic opportunities for clean growth. The science demands it; we must start at once. There is no time to lose.”

“ . . . it is a citizen’s duty to rebel, using peaceful civil disobedience, when faced with criminal inactivity by their government”

The problem for the government is that its current policies are chaotic and fall well short of reaching the existing target of 80% cuts by 2050, let alone the 100% the committee now proposes. Currently the government is expected to miss its existing 2025 and 2030 targets as well.

This is because there is no sign of the “strong leadership” the committee says is required, and all policy is at a standstill because the government is still mired in the Brexit controversy. It has no coherent energy policy, has cut schemes for energy efficiency and virtually banned on-shore wind power. In April ministers abolished subsidies for solar power.

The only bright spot for renewables is that the UK has the largest off-shore wind industry in the world, which is growing at a great pace and is encouraged by the government, although at the same time the Conservatives support fracking for gas and give large tax breaks and subsidies to the North Sea oil and gas sector.
It also has a policy to nearly double the size of London’s main airport, Heathrow, by building an extra runway, which will increase the already excessive air pollution in the capital and add to UK emissions generally.

Tytus Murphy, campaigner for 350.Org, a climate campaign, said after the climate emergency vote: “Now that Parliament has officially recognised the true scale of the climate crisis they must take appropriate measures. Across the UK people are demanding that MPs take emergency action to stop emissions from burning fossil fuels.

“This requires an immediate and permanent ban on fracking, bringing the North Sea oil and gas sector into managed decline, kicking the third runway at Heathrow into the tall grass, ending UK finance that funds fossil fuel exploration and extraction around the world, and divesting pension funds from fossil fuel companies.”

Although many Conservative MPs are keen to take action on climate change, it will need a massive U-turn to change government policy on Heathrow expansion and building new motorways. There is also a rump of right-wing MPs in the party who still refuse to accept climate change as a fact.

Business leaders are backing the 2050 zero emissions target, including giants like Siemens, Legal and General and Coca-Cola. Rain Newton-Smith, chief economist of the Confederation of British Industry, said: “The [committee’s] recommendation marks a new dawn for climate change action”. What was needed was timely policy from government to implement it.

Extinction Rebellion, the group that through its actions showed the strength of public feeling on the issue, said the 2050 date for zero emissions was too little, too late, and they were clearly distrustful of the government taking any of the necessary action.

It seems likely that the group will plan more actions unless the government acts quickly. Nuala Gathercole Lam of XR said: “While we welcome the fact that MPs are talking about the emergency, change must start now. Targets that are set for 50 years in the future do not match the scale of the emergency.”

In a statement XR said: “Time has almost entirely run out to address the ecological crisis which is upon us, including the sixth mass species extinction and abrupt, runaway climate change. Societal collapse and mass death are seen as inevitable by scientists and other credible voices, with human extinction also a possibility, if rapid action is not taken.

“Extinction Rebellion believes it is a citizen’s duty to rebel, using peaceful civil disobedience, when faced with criminal inactivity by their government.”

The organisation’s key demands are that the government “tell the truth” about the climate emergency; act to halt biodiversity loss and reduce greenhouse gas emissions to net zero by 2025; and form a citizens’ assembly on climate to lead on the issue. − Climate News Network