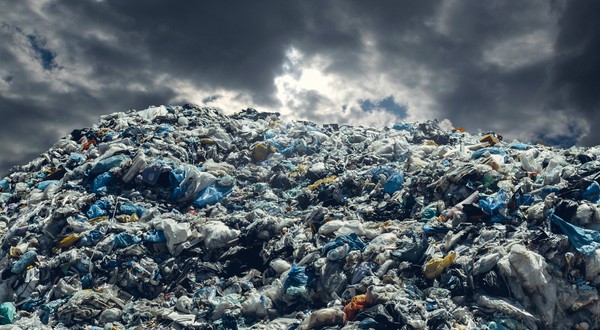 —
Single-use plastic is in the headlines, but are we making anywhere near enough progress to save the planet from drowning in plastic? Jack Buffington, a Research Professor at the University of Denver and expert in supply chains and material science, explores how we could get to peak plastic and beyond.

What do I mean by the term, Peak Plastic? It is the point in time, across the planet, when the marginal benefit in use of plastic material is outweighed by its detrimental impact to ourselves and the environment. In my new book, Peak Plastic: The Rise or Fall of our Synthetic World, I’ve estimated this upcoming event to arrive in 2030, although a case can be made that it has or is much closer to arrive in places like Asia much sooner.

For many of us in the developed world, a concept of Peak Plastic is not something we spend a lot of time thinking about, given all of the other worries, but it is something that should begin to garner more attention given the inherent risks and potential opportunities that link our society and environment in the future.

Therefore, today, we sit at a tipping point: do we wish to continue down a road of no return, a synthetic world of irreparable harm, damaging our own health, or do we wish to proceed down a path of balancing economic growth and nature to establish a new approach to capitalism, a 21st century model?

“The lack of action is not due to industry and government not being concerned, but rather a lack of consensus as what to do about it. Should types of plastic, such as single use, be banned?”

Over the past century, plastic has grown enormously, as is shown in graph below, due to the efficiency of the plastic supply chain system. That’s the good news: the bad news is the global supply chain’s growth in the production and use of synthetic plastic has not been matched with a corresponding system to manage the material post use, with half of all plastic ever produced happening in the past 13 years, and only being recycled/reused at less than a 9% rate. This translates into an enormous negative impact to our environment, notably, our oceans, and ultimately, our own health as well.

These concerns are not new; a year ago, the United Nations identified the current plastic system as leading to a “planetary crisis”, a warning that essentially came and went without much fanfare or action. The lack of action is not due to industry and government not being concerned, but rather a lack of consensus as what to do about it. Should types of plastic, such as single use, be banned?

That is easier said than done, unfortunately: plastic use has been a driver of economic growth, particularly in the developing world, and single use plastic has significant benefit in many opportunities, such as reducing food spoilage, an important problem in itself. Recycling programs are seen as the solution as well but its value proposition does not calculate in solving the problem, as the demand for post-use plastic does not justify additional collection and expense. Don’t get me wrong, I’m an advocate for recycling, but it is a mitigation scheme only because plastic wasn’t designed to be reused in the supply chain system.

We can only solve our plastic problem through what created the problem in the first place: the global supply chain system that enabled it to become an irreplaceable element of our daily life, much for good. Therefore, this plastic problem can be solved through not just a redesign of the material itself, but the overall supply chain as well, creating a critical link between it and our natural environment.

Only through supply chain innovation has plastic been able to grow in use to encounter every facet of our modern lives and growing, but also inhabit the most outer reaches of our planet, such as the farthest reaches of the oceans, Mount Everest, and the Arctic Circle, places far removed from humans. We must not seek solutions to recycle materials not intended to be recycled; instead, we need to design for good, creating materials with a goal to improve the environment, not just make it less bad.

Is this possible? Absolutely, if we shift our thinking away from the false narrative of focusing only on economic growth or environmental sustainability. With a new paradigm shift of great urgency, we can unleash a model of disruptive innovation, and address this problem in the next decade. But we do not have a minute to spare, so let’s get started!

—
This post was previously published on www.greeneconomycoalition.org and is republished here with permission from the author.
—
Photo credit: Istockphoto.com

Facebook337Tweet1PinEmailShares338
wpDiscuz
Share this ArticleLike this article? Email it to a friend!
Email sent!