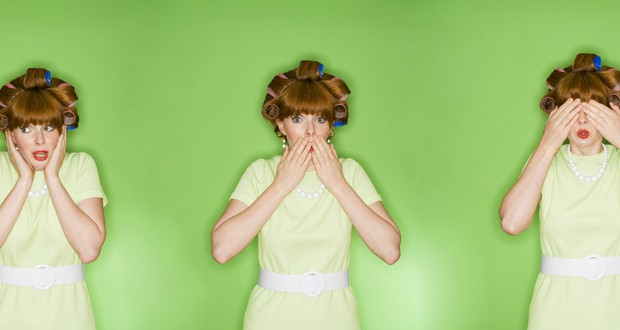 —
No matter the poll, no matter the year, and no matter the conditions of life in America for people of color, white folks have rarely ever believed racism to be much of a problem. Nothing shocking there, I suppose. Whenever a system works to your benefit, taking that system for granted becomes second nature. We don’t see what others who are harmed by that system see, because we don’t have to.

Most slaveowners never questioned the legitimacy of their system, and most whites — including those who didn’t own slaves — neither joined the abolitionist movement nor supported it. Indeed, most whites have been implacably aligned with white supremacy for the entirety of our nation’s history, only condemning even its most blatant iterations (like slavery and indigenous genocide) many generations after the formal manifestations of those had ended, and when doing so took no more courage than crossing the street.

That may sound harsh. But just because truth isn’t pleasing to one’s ears doesn’t mean it’s any less accurate. And the fact is, most white Americans have never believed that it was necessary for blacks to agitate for their rights and liberties (or their lives) — at least, not at the time that particular agitation was happening. Oh sure, fifty years later, we can look back and view Dr. King as a secular saint and talk about how great the civil rights movement was. But when Dr. King and the movement were actually doing the things for which we remember them, most white folks stood in firm opposition, saw no need for their actions, and believed they were more “divisive” than unifying.

Sounds a lot like what so many of us say now, with regard to Black Lives Matter or NFL players taking a knee to protest racial inequity.

Just to make clear how deluded or disinterested in racial justice most white folks have been, even during times when, in retrospect, racial oppression was obvious, consider the following:

In 1963, a year before the Civil Rights Act was passed, two years before the Voting Rights Act, and five years before the Fair Housing Act, nearly two in three whites told Gallup pollsters that blacks were treated equally in their communities. This, in the same year that Medgar Evers was shot down dead in his driveway in Jackson, Bull Connor plowed tanks through the black community and hosed down children in Birmingham, four young black girls were murdered at the 16th Street Baptist Church there, and George Wallace declared, “segregation today, segregation tomorrow and segregation ‘fahevah’” — a statement that elicited letters of support from whites all across the nation, and not only in the south.

By 1965, the year in which Selma sheriff Jim Clark and his goons beat civil rights marchers on the Edmund Pettus bridge, and Los Angeles police brutality towards black folks touched off the Watts uprising, the share of whites who said blacks were treated equally had risen to nearly 70 percent. In other words, most white Americans apparently thought there was no real need for the Civil Rights Movement, as equal treatment had already been achieved, which is to say that most white folks were utterly deluded about the nation in which they lived.

Even before that, in 1962, 85 percent of whites said that black children had just as good a chance to get a good education as white children. This, despite the fact that most school systems still had not moved towards meaningful integration, let alone equalizing of resources, eight years after the decision in Brown v. Board. While the idea of equal educational opportunity in the early ’60s might strike us now as intrinsically absurd, most whites believed it was a reality, suggesting once again that white America had not even the most fleeting familiarity with their country.

And as for the civil rights movement itself? Although today most view it as a heroic struggle against the self-evident evils of Jim Crow, that certainly isn’t how most whites viewed it when it was happening.

So, for instance, in a Gallup Poll in 1961, six in ten of all Americans said they disapproved of the Freedom Riders: civil rights activists who engaged in direct action to desegregate bus lines throughout the south. Considering that black support for these actions was high — 92 percent of blacks said the movement and Dr. King were either moving at the right speed or too slowly in pushing for change — one can assume that white opposition to the Freedom Riders was probably more than 2:1.

In the same poll, most whites expressed opposition to sit-ins or any other form of direct action to break the back of segregation, claiming that such actions would do more harm than good when it came to bringing about change. So although the the American south was an apartheid colony, most white folks opposed the people who were trying to do something about it. That is to say, white people sided, functionally, with white supremacy.

In June of 1963, shortly before the March on Washington, 60 percent of Americans (and no doubt more than 70 percent of whites, given high black support for the movement), said that civil rights demonstrations were more a hindrance to black advancement than a help. In effect this means that most white people believed they knew black folks’ needs better than actual black people did.

In 1964, despite the fact that the Voting Rights Act had yet to be passed and blacks were being kept from voting throughout the south, and despite the persistence of housing discrimination, which would not be addressed in the Fair Housing Act for four more years, three in four Americans, and likely well over 80 percent of whites, said blacks should stop protesting for their rights. In other words, most white folks didn’t apparently care that African Americans were being denied one of the most basic rights of citizenship, voting, and that they could be routinely blocked from living in the neighborhood of their choice. In short, most whites again sided with white supremacy.

In 1966, 85 percent of whites told the Lou Harris polling group that civil rights demonstrations had done more harm than good for blacks, and the majority said that if they were in the same position as blacks, they would not think it justified to protest or demonstrate for their rights or opportunities. This, coming from the descendants of people who lost their shit over taxes on tea.

Another poll that year found that half of whites believed Dr. King was hurting the cause of civil rights, while only a bit more than a third thought he was helping, and in 1967 — before the Fair Housing Act, and when opportunities still were obviously not equal between whites and people of color — nearly 85 percent of all Americans (and likely well over 90 percent of whites) said blacks would be better off just “taking advantage of the opportunities they have already been given” as opposed to protesting.

In other words, whites believed blacks should just work harder and stop complaining, even though housing discrimination was rampant and still legal; even though most school systems still had not moved to truly integrate, let alone equalize resources, and even though the Civil Rights Act had only been in place for three years — hardly long enough, even in theory, to end racial discrimination. In short, and as the evidence clearly suggests — without a single solitary piece of counter-evidence — white folks have always wished black people would stop fighting for their rights, no matter how truncated those rights were at the time.

By 1969, a mere year after the death of Martin Luther King Jr., 44 percent of whites told a Newsweek/Gallup Survey (August 19, 1969) that blacks had a better chance than they did to get a good paying job — twice as many as said they would have a worse chance. In the same poll, eighty percent of whites said blacks had an equal or better chance for a good education than whites did, while only seventeen percent said they would have a worse opportunity.

In other words, even before the 1970s, whites were already convinced that things were equal, or even that we were the real victims of discrimination, enjoying even less opportunity than African Americans did. That is to say, perceptions of white victimhood were already brewing, within the first few years after the fall of formal white supremacy.

What can one say about a group of people so utterly divorced from reality at one of the most blatantly unjust periods in American history? At a time when images of racial injustice were beamed into their living rooms every night? At the height of one of the greatest freedom movements in history? What can be said of a people who can stare at those images, and hear the words spoken by black people fighting for their lives, their rights and their dignity — as those people are beaten and killed and jailed — and turn away, or deny that what they are seeing and hearing is real? What can be said about people who despite being otherwise functional — able to hold down jobs, raise children, remember to wash their hands after using the bathroom, and feed their dogs — were so indelibly incapable of understanding the nature of the system under which they lived?

I know one thing that can be said for certain: we needn’t trust the judgment of such a people as this, on any matter of social importance. And when these same persons’ children and grandchildren, fifty years later manifest the same unwillingness to see, we must reject them too. We must insist that their skills for discernment and their moral calibration are both lacking. Because that denial is a form of white supremacy, handed down intergenerationally no less so than our DNA is handed down.

At every juncture of history, black folks have said “we have a problem,” and they have been right. Meanwhile, most whites have said all was well, and we’ve been wrong. So what, other than a staggering amount of racist hubris, would allow us to think that it was black folks who were suddenly misjudging the problem, and we who had at long last become keen observers of social reality?

By now, this denial has become a genuine character flaw, rather than just a mere annoyance. And unless we in the white community who have learned to listen to people of people of color and actually believe that they know their lives better than we do speak up and challenge those in our community who cling to their innocence like a kidney patient clings to dialysis, the future will be one of ever increasing acrimony.

Because until white lies are confronted — lies about our country’s history and its contemporary reality — black lives will continue to be endangered. And the prospects for multiracial democracy will be grim.
—