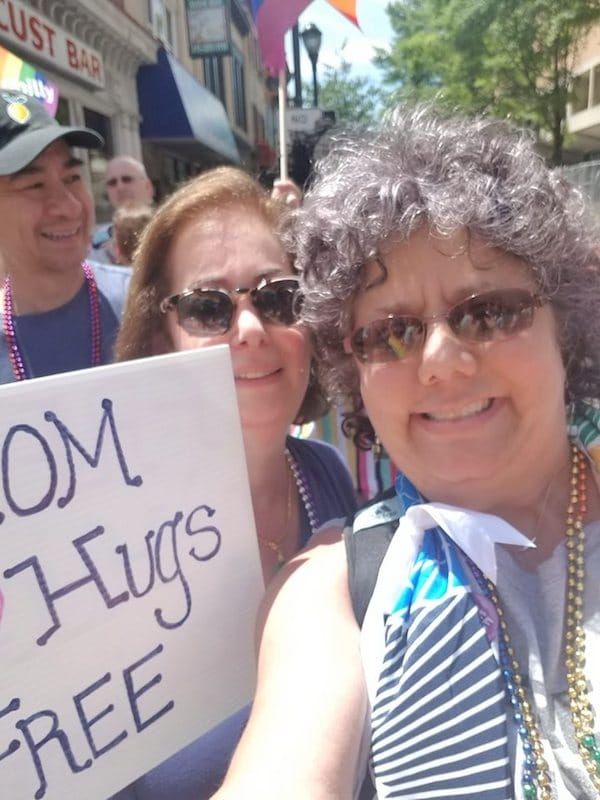 I was 10 years old when a monumental series of events took place some two hours north of my suburban Philadelphia town. Known as the Stonewall Riots/Uprising/Rebellion, they heralded a ‘we’re not gonna take it,’ mentality expressed by members of the LGBTQ community in New York City. It was prompted by a raid on a bar called the Stonewall Inn, which began before dawn on the morning of June 28, 1969. It wasn’t until my 20s that I became acutely aware of the stakes involved in being Gay in that era and needing to be so ensconced in the closet that one might as well have been clothing on padded hangers. Many of my friends were part of the community and shared that even though it was now the 1980s, they still felt they couldn’t fully authentically be themselves and were not able to publicly proclaim love for someone of the same gender presentation. Even all these years later, I still ponder the question of whether sexuality is an orientation or a preference. In my mind, it makes no difference in terms of the right for individuals to love who they choose, regardless of the ‘plumbing’.

When the announcement came about Philly Pride, I knew I needed to be there, with open arms and heart at the ready, prepared to offer FREE MOM HUGS. The movement was started by Sara Cunningham whose son Parker came out to her and she initially found that it was in opposition to her Christian indoctrination. After much soul-searching, she determined that she did not have to make a choice. She needed, instead, to embrace her son as he was and focus on inclusivity and not rejection. He invited her to a Pride event in Oklahoma City in 2014 and there she went, with her FREE MOM HUGS sign and embraced other people’s children who were not accepted by their parents for being true to themselves. She then became ordained as a minister and began marrying same-sex couples and taking it a step further, offered to be a stand-in mom at same-sex weddings, saying that she would even bring the bubbles. No surprise that people were taking her up on her offer. Jamie Lee Curtis heard about her story and they are making a movie about her experience. FREE MOM HUGS was founded in 2015 and since then, chapters of mom and dad huggers have popped up all over the country. I am grateful to be one of them.

On June 9, 2019, I got decked out in my t-shirt emblazoned with a bear in the middle and the reminder that I was available for hugs, headed to Philly (the City of Brotherly Love and Sisterly Affection) on the train. Once there, I walked to the parade route with a woman and her daughter who I met en route and we hung out for a bit, sharing our reasons for being there. Both of us were passionate about and committed to equal love rights for everyone. While walking alongside the glittery, glitzy, rainbow-hued marchers, dancers, and prancers, I was hugged by hundreds, likely. Some ran to me once they saw my sign and t-shirt and hung on for dear life. Some cried and related that they were not hugged when they came out to their families. Some spoke of outright rejection for simply being real. Hard to imagine someone being so entrenched in their beliefs that they turn their backs on the children they profess to love. Many expressed deep gratitude that we were doing this. I was humbled by the experience.

When we arrived at Penns Landing for the festival that included vendors, info booths, music, and guest speakers, Governor Tom Wolf, Mayor Jim Kenney, and Attorney General, Josh Shapiro were on stage to lend their support and challenge the current administration’s policies against LGBTQ rights.

While I was standing in the midst of the crowd, arms open and Hugmobsters Armed With Love sign, a reporter and cameraman from the local NBC affiliate came by and interviewed me. This sound bite came through when he asked about the power behind the Stonewall riots and the progress made in the past 50 years.

“People got arrested just for kissing someone or loving someone, of the same gender. And now, I’m an interfaith minister who marries same-sex couples.”

And I added, “It takes a lot of courage to be who you are.”

END_OF_DOCUMENT_TOKEN_TO_BE_REPLACED

Facebook148Tweet1PinEmailShares149
wpDiscuz
Share this ArticleLike this article? Email it to a friend!
Email sent!