Get Daily Email
Join/Login CLOSE
Home / Good Feed Blog / Why Are Some People Calling For Piers Morgan to Be Deported?

Petitions both for and against deporting the controversial talk show host are raising questions about who the U.S. Constitution applies to.

Piers Morgan, the host of Piers Morgan Tonight on CNN raised the hackles of many pro-gun Americans last week when he called a gun advocate appearing as a guest on his show an ‘unbelievably stupid man.’ In reaction to his anti-gun views, a petition calling for his deportation back to Britain was created on the White House’s We the People website. As Newser reports the petition ‘has cracked the 70,000 mark in signatures.’ It has also lead to the ‘inevitable counter-petition’,

It calls for Morgan to stay in the US because ‘nobody in the UK wants him,’ reports Radar Online. It had just 500 or so signatures as of this afternoon.

An immigration attorney told ABC that although Morgan is a British national, he is ‘entitled’ to free-speech under the First Amendment. Others have asserted that,

It’s hypocritical to punish Morgan for ‘attacking the Second Amendment’ by stripping him of free-speech protections under the First.

What do you think? Should a British national living in America be allowed to comment on gun laws?

Should countries deport immigrants who are outspoken when it comes to their laws?

Should the Constitution of the United States extend to non-citizens?

My grandfather was an immigrant.
Nothing galled him like another immigrant bitching about the US- to the point that several times I saw Andy call out fools and suggest they return whence they came.
Me I also carry that whole Irish prejudice against Brits…
I don’t need someone here as a guest worker biting the hand that feeds him.
I’m of the opinion that without the accent he’d be lucky to get a gig as a weekend weatherman .

I don’t think the petition has any legal weight. No idea why a WH site has such a thing. But as an example of how the guy is seen in the US–as little as possible–it’s a hoot.

This is actually a discussion? A real thing people think and talk about? “Is it possible/reasonable to deport a person because he said something we don’t like?”
…
N.. No. No, I can’t really wrap my head around that. Especially not from people who are generally very quick to yell a couple amendements in their defence, not in the least the first one.
Not that a petition means much mind you, without a doubt we’ve had retarded petitions here that got more than 500 signatures. Doesn’t mean they have any actual relevance.

No one should be deported unless they broke a law. Undocumented immigrants have broken laws I’m not sure if it should be limited to felonies or should be expanded to the more serious misdemeanors. I don’t know if multiple misdemeanors within a specific time frame should result in deportation.

Morgan is “allowed” to say pretty much anything he likes. Others are free to call for him to go someplace where they don’t know who he is, unlike the UK. He was fired as editor of a big paper for running a pic of Brit soldiers abusing prisoners. It was a fake picture. But his heart was in the right place, so I guess it’s all good.
He’s a loud-mouth know-nothing with, as somebody said about Christopher Hitchens, the Oxbridge accent which causes Americans to reflexively knuckle their foreheads.

He can and ought to have his improper arse kicked out and it is not illegal…its been done before and contested all the way to the Supremes:

Kleindienst v. Mandel, a 1972 U.S. Supreme Court: in this case, US AG Richard Kleindienst refused Marxist Belgian “journalist” Ernest Mandel entry into the USA. The Court ruled that denying Mandel entry did not violate the First Amendment and the deportation was all groovy.

Right – so he can be deported .. so send him to New Zealand … they have space – Or Australia. I hear that Antarctica is nice this time of year… Just Don’t send him back here! #YouCanKeepPiers

It may well be legal. That doesn’t make it any less of a cowardly act.

Fear of criticism is a sign of weakness; desire to punish your critics is proof of it.

When we cease enforcing the law uniformly, in favor of selectively, we become a significantly different country. We become more like Uganda, Zimbabwe, Rwanda.

But tearing-down our Constitution, even by a non-citizen, is now embraced by the “occupy this” crowd (aka The White House Occupant). We are about to see a LOT of selective enforcement from there.

This is America they only deport Latino Native Negros.Not white privileged immigrants like Piers Morgan.
He hit the Lottery in America because he is “white”not a color immigrant.Piers got a Million dollar American job.He will never be deported he was born “white” America has no problem him.He can run for President and be elected based on his skin color.Piers Morgan is Perfect for America.

I know this and I’m not even an American…

Well some don’t care. Get that constitution thing changed or forge some birth certificates – what ever it takes – just .. Now that the UK has managed to get rid of him #YouCanKeepPiers. If you really have to get rid of him send him to Guam or let Taiwan have him. He’ll confuse the hell out of the Chinese .

I Don’t know the answers – but please Keep Him – We had him for decades in the UK, it’s someone else’s turn to suffer him now! Nasty Man.

I love the fantasy that a petition to deport someone for saying something offensive about an American would be taken seriously by the INS. It’s like when I dialed the wrong number once and the person on the other line said, “If you call here again, I’ll call the cops!” and I couldn’t stop myself from saying, “Yes! Call the cops and tell them about the mean lady who accidentally dialed you when trying to reach the pizza place!” This is part of take-down culture. You don’t like something someone said? Ruin their business, try to get them deported, make… Read more »

the joke doing the rounds over here is, ‘well we in the uk dont want him back’ ;-D 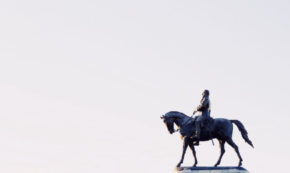 Facebook22TweetPinEmailShares22
wpDiscuz
16
0
Would love your thoughts, please comment.x
()
x
| Reply
Share this ArticleLike this article? Email it to a friend!
Email sent!