In Sunday Aikido class, we practiced ryote-tori yoko-iriminage (strike to the side of the head). The uke (the attacker) grabs both of my hands. As the nage receiving the attack, I draw the uke to my center and strike straight to the uke’s head. The uke turns their head to the side to take the fall or get smacked in the face. Their choice. Just saying.

Ishibashi Sensei said, “You’re too tense. Everything loose. Everything quiet.” Otherwise, the attacker resists the technique. Then it becomes a fight. There’s no fight in Aikido. I work on myself, not the attacker. Sensei instructed what to do.

I stand straight, stand tall. Well, as tall as I can. I don’t look at the attacker. It’s me against me. I apply the Aikido technique to myself. The attacker applies the technique to themselves too, taking the fall. O-Sensei Morihei Ueshiba said, “True victory is victory over oneself.” I overcome myself, not others. No fight.

The journey of falling madly and deeply in love can be challenging. At least it has for me. I’m 5’ 3”. I’m not handsome. I’m not rich. I’m not really what women want. Just saying.

On my path, the late Mizukami Sensei taught me Aikido. He taught me what it is to be a good man, to be of service to others, and to make a difference. With Sensei, I had the space to be myself. He always saw the greater-than versions of me that I didn’t yet see. I didn’t have to get somewhere. I had nothing to prove. Just train.

In life, everyone is free to find love, to find what makes them happy. I have nothing to do with what goes on inside someone else. I do have a say in what goes on inside me. The voice in my head saying, “I’m not good enough” is Dad’s voice. Over the years, his voice had become mine.

I’m a good man. At least, I keep working on that. Just train. I work on myself, not on others. Nothing is personal. Just saying. 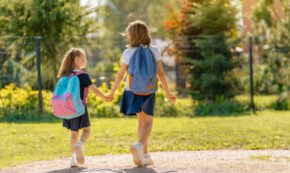