Get Daily Email
Join/Login CLOSE
Home / Advice & Confessions / Are Your Friends Happier Than You? 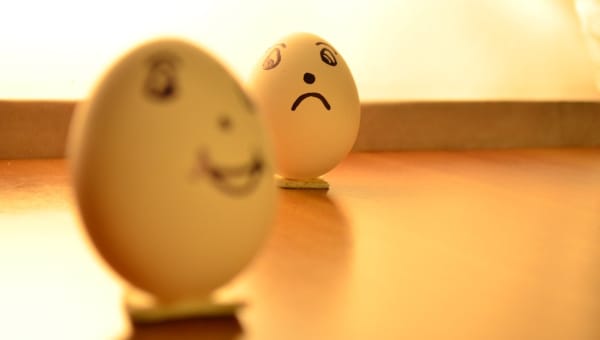 In an era of fleeting but constant contact with extended online communities, it is common to find yourself wondering: are your friends happier/more popular than you? To put these feelings to the test, scientists have sifted through the timelines of thousands of Twitter users, to understand the ways in which social networks affect how we feel and relate to one another.

Social media platforms have garnered billions of users, possibly because they satisfy a strong human need for feeling connected. However, do they actually contribute to our social happiness?

In EPJ Data Science we attempt to shed some light on this issue from the perspective of network science. We are asking whether the well-known friendship paradox in social networks (i.e. your friends are likely to be more popular than you on average) translates into a happiness paradox (i.e. are your friends likely to be more happy than you on average)?

The friendship paradox is the result of skewed distributions of network connections: a few individuals have very many connections, so they are also more likely to be your friend, inflating the average popularity of your friends. As a result, many if not most people in a social network may get the impression their friends are more popular. However, does popularity actually imply happiness? And if it does, would we also observe a happiness paradox in social networks?

In our paper we measure the subjective well-being of a large number of Twitter users by subjecting their entire timelines of Twitter posts to a sentiment analysis algorithm. For each user we thus obtain a numerical indication of their long-term individual level of subjective well-being or “happiness”. We also construct a social network of these same Twitter users on the basis of who follows whom. These 2 data points allow us to compare the happiness and popularity of users to the averages of their own friends.

Furthermore, we find that users separate into 2 distinct clusters according to their happiness levels: one group of happy users with happy friends and another group of unhappy users with mostly unhappy friends. These groups both exhibit a Happiness paradox, but surprisingly it is stronger for the unhappy group, in spite of the fact that their friends are relatively unhappy and their happiness is less strongly correlated to popularity.

Even though our results do not allow us to draw conclusions about whether social media use is actually making people happier or more popular, they do show that unexpected and seemingly counter-intuitive network effects may be associated with subjective well-being and popularity. If we tend to compare ourselves to our friends, one may speculate that the paradoxes we observe could indeed have an effect on levels of social happiness. This could explain recent observations of increased levels of dissatisfaction and lower well-being for social media users. Given the scale of social media usage, even a small effect may have significant impact on global happiness levels.