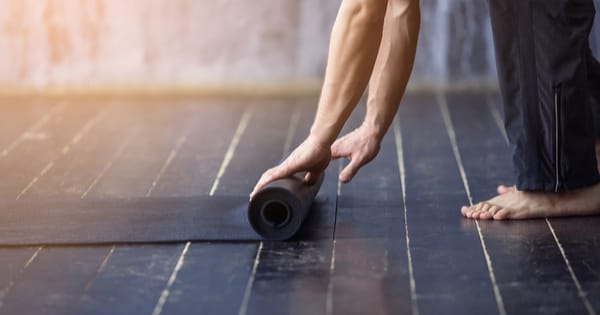 As I sat in the dentist chair listening to my new dentist explain the digital x-rays on the screen in front of me I knew what was about to happen. I would be given a series of options for a course of treatment going forward, and no matter what option I chose, the impact on my bank account would be significant.

I wasn’t intentionally sitting with my arms crossed, trying to portray anger, but it was the default position I morph into whenever any dentist ever tells me how much it is going to cost to keep my teeth from falling out of my head.

While I continued to nod along with his foretelling of my immediate dental future, I got lost in a wormhole when he said something else, almost in passing.

Your nerves are really close to the surface, it’s just genetic, for whatever reason, your nerves go much higher up in the tooth so I’m surprised your teeth aren’t more sensitive.

Nerves closer to the surface than most people? Yeah, sounds about right. From that point on I could only half pay attention to what he was saying as I was now lost in the beauty of my dentist’s metaphor.

For as long as I can remember and up until today I think you could very accurately say my nerves were really close to the surface. I wouldn’t be surprised if advanced genetic testing was able to prove I am predisposed to be more sensitive, both physically and emotionally.

Now, I have no idea if it would ever be possible to prove such a thing, but what if it were? It would explain a lot. Certainly, the physical things. How easily my shoulder pops out of its socket, the way my body swells up from mosquito bites, or even how the mere thought of shaving against the grain makes my face hurt.

But also the emotional moments. The times when I felt so deeply affected by events that others seemed to be fine with. Sadnesses I had trouble understanding. Anger I couldn’t get past. And simple words or actions from others which felt surgical in the way they hurt me.

We are told not to dwell. We are instructed to move on, to tough it out. But such advice is rarely helpful for those like myself who have trouble moving on without first understanding, and who sometimes struggle for many years to understand.

This is not to say that I or others cannot adapt, but I wonder how my approach would have changed if I had discovered I was more sensitive at a genetic level. Would I be more accepting of events, and ultimately myself?

Acceptance is a significant part of our ability to move throughout our lives. It was something I learned just a smidgen of when I was doing regularly doing yoga. Sitting in the class, enviously coveting the flexibility or strength of others, I noticed an attractive woman in her early 40s. She looked exactly the way you might think. Trendy outfit, stylish haircut, a sense of calm.

What struck me about her was the size of the mat she was on, it was much thicker than any I had seen. I was jealous of it because as much as I was enjoying yoga (or trying to enjoy yoga) I still didn’t understand how anybody felt comfortable kneeling on a thin layer of polyvinyl chloride. And as I have always sought any reason to talk to anybody about anything, I asked her about her mat. She spoke enthusiastically.

I love it. I can’t use regular mats, they’re too thin. They hurt too much. I need a thicker mat. It’s just the way my knees are.

Maybe it was her yogic nature or some middle age peace she had found, but her acceptance of her body, and her reality were so beautiful to me. She wasn’t trying to be something other than what she was. She wasn’t fighting it. She understood what she needed and made the appropriate accommodations.

It was a dumb internal monologue moment of my late 20s. Oh, so you just… accept yourself?

Wouldn’t we all be better off with a bit more of that mentality?

There are things I can control and things I can’t. It is not always easy for me to tell the difference. I believe my instincts to oppose or resist have not always been useful. My time might have been better spent, and could be better spent going forward, by seeking first to understand. Followed, hopefully, by acceptance.

The future may prove that we all have far more genetic predispositions than we now know. But I doubt there will ever be a time in the future where frustration and disappointment will serve as the best course of action.

I may not be able to change my current reality. But accepting who I am and what I need, is a far better way to change my future.