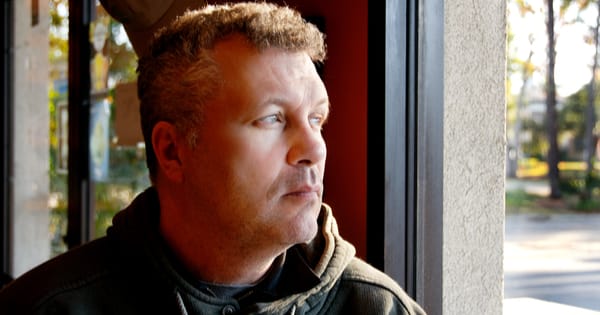 Sometime during the winter, when I was cloistered away trying to make a deadline, something compelled me to sign up for OK Cupid and go out on a few dates. There was one woman I remember hitting it off with electronically. We spent the entire week leading up to our dinner date initially chatting through the app and finally graduating to text. It seemed promising.

One of the first things I remember speaking about was how successful she was in her career and whether or not I’d be thrown off by that. I explained that, of course, I wouldn’t. I’ve always been intrigued by successful people. As a matter of fact, that is just the sort of person I was hoping to date. I’ve always had more challenges with women who were either defeatist, unambitious, or dull. I found the fact that she was recently promoted to Chief Financial Officer for her company exciting.

So, the week wore on and we continued to text until it had been decided that we’d meet at an Asian Fusion restaurant over the weekend. As we ate, she regaled me with stories about her ex-husband and how that crashed down around her, the guy from the telephone company she dated for four months that bored her to tears and the car salesman she was seeing who spent more time arguing with her than anything else.

I took a lot of what she said with a grain of salt. I’ve learned to do this when I hear only one side of any story. I didn’t doubt for a second that her ex-husband drank too much, the telephone guy was boring, and the car salesman had too much testosterone for his own good, but I’m sure all three had their own stories to tell. None of it really affected me in one way or another. I found her interesting and I was hoping to go out a second time.

The next morning, I had awakened to a text that explained that she felt we were just “too different” for it to work. I, of course, was left wondering. Was it my day job that wasn’t glamorous enough? Was it my history of being in recovery? Was it my height? Was it my income? I couldn’t be sure, but luckily, I had about 9000 more words to write for my book to be finished and two weeks to write them, so it didn’t give me a lot of time to ruminate.

I was on a train recently and the two women who were talking across the aisle were difficult to not overhear. They were middle-aged, trying to date and seemingly not doing a very good job at it. It brought the C.F.O. right to the forefront of my thoughts because, frankly, it very well could’ve been her having the same conversation.

As a casual observer, I’ve noticed that it doesn’t take long for heartbreak to dissolve into fear for a lot of middle-aged people. The women on the train seemed to be in accord about the fact that any man their age who was healthy was already in a relationship and, for all intents and purposes—barring an all-out miracle—they’d have to get prepared for riding out their fifties and sixties alone.

I don’t find much fault with this fear, either. If anyone had been with me the morning after the Asian Fusion date, they would’ve gotten an earful of the very same rhetoric. For a lot of men in our society, though, it pays to just keep trying. I’m not sure too many women feel at ease with the prospect of an endless string of six-week disasters under their belts.

I’m always super cautious about making gender generalizations, but candidly speaking, even if a woman doesn’t feel hindered by American double standards of men being studs and women being loose with this sort of behavior, there are other things to consider. Many women in this age bracket have children at home. It’s just not advisable to bed down with every man that shows interest and has a good line of bullsh*t. In fact, it can be downright dangerous.

On the other hand, though, it can sometimes be helpful to remember that “the future” is simply an abstract concept that we pay too much attention to. I don’t fault anyone for it. It falls along the lines of a lot of other social constructs that we’ve been force fed for far too long. Middle-aged people, for the most part, tend to walk into every date as if they put all their chips on “Black 32.” Everything seems to be riding on their gut feelings and the amount of compatibility they perceive in one 45-minute meeting.

When we think back to the times we’d fallen madly in love as young people, there was a lot less pressure. Maybe it’d work out, maybe it wouldn’t. Maybe you’d sleep together, maybe you wouldn’t. We’d meet someone at a party and wonder more about how long they could do a keg stand and less about whether or not they were going to be “the one.” This luxury resulted in things happening organically and for all the right reasons. We weren’t checking off boxes and leading with our discerning intellect.

Whether you find it ironic or not, the sad truth is that just as the universe was born from disorder and chaos, so too is love. It would make sense, wouldn’t it? It is said that we are made from the same matter which inhabited the stars millions of years ago. We can try to do everything we can think of to separate ourselves from the cosmos, but you can’t fool Mother Nature. We need to let a little of that chaos in or yes, we may very well find ourselves alone.

Billy Manas is a writer/poet/musician from the Hudson Valley in NY whose work is featured regularly in Elephant Journal and Mused. His refreshing irreverence is most likely the result of having grown up on Long Island and spending his teenage years outside of CBGB on the lower west side of Manhattan. You can learn more about him on billymanas.com.