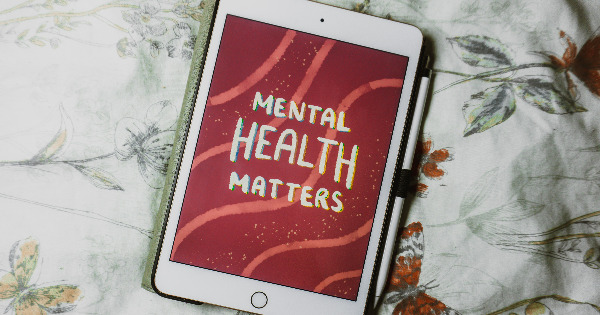 It’s not really possible for being nice and doing nice things for others to be bad for you, is it? It seems counterintuitive – being nice should be something that makes you feel good and that others appreciate. But there actually is a point when that niceness can go too far, becoming harmful to you and backfiring in your relationships with others.

So, how do you know the right balance?

When your inclination is to be kind, helpful, and “nice,” it can be hard to recognize when you’ve gone too far. And if you’ve determined that the scales have tipped, how do you go about balancing things again without changing your entire approach to personal relationships?

Motivation For Being Nice

Most of the time we consider being nice to others a positive trait. Kind behavior demonstrates compassion and respect for others, and enough self-awareness to realize that you are not the only one whose needs matter.

In addition, its generally accepted that being nice to others has intrinsic benefits to you as an individual. It creates deeper bonds within personal relationships and can have a positive effect on your health as well. Similar to exercise, being kind to others, volunteering, or helping those who need it, will release endorphins (a good thing), ease anxiety, and give you a reason to feel positive about yourself.

Being kind can also be contagious. By demonstrating kindness, we can inspire others to do the same – the pay-it-forward effect. This positive influence can make a big difference in the daily lives of others and within a community.

So, how can something that seems so good for you and for others possibly have a dark side?

Well, in part, because motivation for nice behavior isn’t always so pure. Some of those who seem overly nice are actually trying to compensate for, or hide, feelings of guilt, shame, or an overall lack of self-confidence.

When the reason for being “nice” is to make others like you, or somehow atone for mistakes of the past, the personal gratification one feels is not only short-lived, but also unhealthy. This isn’t to say a person struggling with deeper issues should just ignore the needs of everyone else and be rude and disinterested, but the band-aide of altruism won’t provide a permanent solution or peace for whatever else is going on.

Effects Of Being Too Nice

Regardless of the motivation, there are some inherent dangers in making being nice the largest part of your persona and identity. Being overly nice and an “always-on” empath and helper will eventually take a toll on the best of us.

To begin with, the person who seems almost unnaturally nice and helpful is generally overlooking one very important person – themself. It’s like giving away small pieces of yourself everyday to everyone. Eventually there’s not much left of you, or energy for self-care. This can lead to big problems both psychologically and socially.

• Emotional suffocation. Those who seem too nice are almost always locking away their own feelings and desires. They push down negative feelings, ignoring them and hoping their nice, positive behaviors cancel out those less desirable emotions. This is emotional suffocation and can lead to deeper problems like depression and anxiety.

• Unexpected anger. Emotions don’t stay hidden forever, no matter how hard you try. The perennial “nice-guy” may find himself being caught off-guard with moments of explosive anger as those emotions bubble to the surface. No surprise – this isn’t a healthy expression of emotion and will very likely result in more complicated and deeper problems.

• Being taken advantage of. Sadly, many who are seen as too nice are also seen as weak, and therefore easy prey for those who would take advantage of them. And if there are no boundaries between the inclination to be nice and self-respect, that’s exactly what will happen.

• Lack of fulfillment. One side affect of being too nice is that you’re much more apt to defer to others. You let people cut in line, allow them to take credit that’s yours, give up personal happiness, and take on the problems of others all in the name of being a nice person. The result? Exhaustion and lack of fulfillment in the areas that make you feel happy and whole.

• Being overlooked. Those who are overly nice are rarely the squeaky wheel. While there is a fine line between being understanding and demanding, when you allow others to put you off because you’re trying to be nice about things, you may very well find yourself overlooked and disregarded.

Any of this sound familiar? If so, you’re not alone. It can be hard to know where the point of diminishing returns is when it comes to being nice.

Too be clear, no one is suggesting that you ignore your altruistic instincts and become a disengaged jerk. Just that you start considering when and how to balance things out.

An effective mix of assertive and nice behavior can be a very powerful thing. If you are one of the overly nice guys (or gals) out there, take time to understand the true motivation for your behavior and create the needed balance in your actions. You will find your personal happiness, self-respect, and the respect of others will grow with your effort.

Photo by Emily Underworld on Unsplash