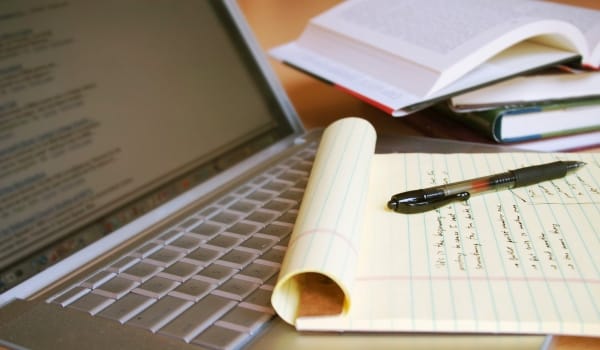 —
So wrote Henry Howard, Earl of Northampton to his friend and confidante, the antiquary Sir Robert Cotton, in 1606. The letter appears (at f. 160r) in a wide-ranging volume of Northampton’s letters and papers covering the period from 1567 until his death in 1614 (Cotton MS Titus C VI, from which all references following come).

It is always fascinating to historians when letters survive which the recipient was supposed to burn: what indiscreet or seditious words might be revealed? So it at first sight odd that this seems to be about an author objecting to somebody changing the title of a book. But the book in question had a broader significance. A New and Perfecte Relation of the whole proceedings against the late most barbarous Traytors was a full-dress presentation of the government case against the Gunpowder Plotters, and against Henry Garnett, Jesuit Superior in England, who had known about the Plot, and tried to prevent it, but been bound by the seal of the confessional. The tract relates the trials of the Plotters and Garnett, the speeches made at their trials by peers and law officers, and the traitor’s fate inflicted on Garnett.

Northampton, a key figure in the regime, had been chosen — or perhaps chose himself — to produce this statement of the government position (for what follows, see ff. 142r–143v, 150r–160v). He had evidently been considering a book on the subject as early as the Plotters’ trial in late January 1606, at which he was present. He then sent a note to Sir Robert Cotton asking him if he had among his ‘monumentes’ a collection of pre-Conquest laws; if so, he was to let the bearer of this letter bring them to him ‘to good purpose’. The book that followed was written after Garnett’s execution on 3 May 1606.

Northampton drew heavily on Cotton’s editorial work and assistance: asking him to insert pages, correct mistakes, read over passages, and provide manuscripts and published works. The Earl’s letters to Cotton suggest an easy relationship in which they were close collaborators. Northampton’s biographer, Linda Levy Peck, has highlighted Cotton’s role in producing the work, while suggesting that Cotton may have influenced its central historical argument (Northampton: Patronage and Policy at the Court of James I [London: George Allen and Unwin, 1982], p. 112).

The book in question had a contentious history. The first part was presented before King James I, who was evidently a strong supporter of it. He backed it then (to the ‘applause’ of ‘the best affected’), overriding the objections of the Lord Admiral, the Earl of Nottingham. The book was then referred to the King’s eldest son, Prince Henry, to report and advise, where Northampton feared a difficult meeting. One objection was that they were giving the Plotters too much of the oxygen of publicity: rather, Northampton believed the text itself provided the ‘medecin for the malady’.

The medicine was partly in Northampton’s speech printed in the volume against the Plotter Sir Everard Digby, denying claims that the King had broken his promise of toleration to Catholics by saying that it was a promise that had never been made. Even more, his speech at Garnett’s trial ballooned into a treatise which combined recent events with patristic and medieval history, denying the power of the Pope to depose monarchs and influence and have a say in the secular sphere. The ‘speech’, which both title-page and publisher’s note admitted was much bigger than had been delivered, was just over 200 pages, slightly under half the book.

As the book was about to go to the King’s printer, Robert Cecil, Earl of Salisbury, Lord Treasurer, intervened to change its title; his handwriting is unmistakeable and there is no doubt who Northampton meant when he wrote to Cotton, ‘Worthy knight by theas additions you may find whose eie hath examined this businesse’. Below is the original title with Salisbury’s crossings-out and interlineations (marked \ / and here italicized; Salisbury crossed out some of his own words):

‘A true and perfecte relation of the whole proceedinges againste the late moste barbarous Traytors \Garnett a Jesuittt and his confederattes/ together with \containyng/ sondry speaches delyvered and reviewed by the Lordes Commissioners but principally by the right honourable the Earle of Northampton enlarged upon special occasions, at Garnettes arraignement, and lastely all what passed at Garnettes execution \at ther Arraignments for the better satisfaction of amongst the stood standers by those that were hearers as occasion was offred,/

Northampton may have been furious at the demoting of his role in the title, but there is an oddity. What most bothered Salisbury was the phrase ‘reviewed by the Lordes Commissioners’, the peers who sat at the Plotters’ trial. Salisbury allowed Northampton to appear in a sub-title which Northampton wrote himself ‘in a kind of distinction and separation from the rest’. The sub-title read, ‘The Earle of Northamptones last speech having bene enlarged upon those growndes which are set downe, and lastely all that passed at Garnettes exegution’. The published title-page is as amended by Salisbury with Northampton’s sub-title.

Northampton’s speech against Garnett was a statement of his Catholic loyalism. He was what historians call a Church papist or a crypto-Catholic: a ‘religious outlook, which accommodated inner commitment to the Roman Catholic church with a later acceptance of the need for outward conformity to the worship of the Church of England’ (Pauline Croft in Oxford DNB). The same volume of Northampton’s papers in which this letter appears includes much devotional writing, including a poem by the Catholic martyr Robert Southwell, ‘Of the blessed Sacram[en]ts of the alter’ (ff. 516r–575v; the poem is ff. 535r–536v). He was perhaps distancing himself from a past when he had been under intermittent suspicion by the Elizabethan regime (arrested five times, gaoled in the Fleet prison and at other times under house arrest). He was also restating his loyalty to James I and the house of Stuart: under Elizabeth he had been a supporter of Mary, Queen of Scots (though, he later claimed, always within the bounds of prudent advice to Mary and loyalty to Elizabeth), and would later write the epitaph for her tomb in Westminster Abbey. As a loyal Catholic, he was distancing himself from traitorous ones. And, as the Venetian ambassador noted, ‘The fact that the author has been and still is reckoned a Catholic is expected to lend the work a greater authority’ (Peck, Northampton, p. 112). That fact was, of course, put at the front of the work in both the original and (thanks to Northampton himself) revised titles, where the reader would see his name even if they were not be able to work though Northampton’s dense prose.

Northampton’s anger perhaps also reflects a certain thin-skinnedness. He was able to take some criticism, and asked Cotton to correct some errors that Salisbury had spotted. But he could also take criticism personally: a sense of himself and Cotton against carping critics. Nottingham he described as beaten by the king’s grave judgment ‘from certain weak sconces to which he fled in distresse’, whilst another critic he described as ‘mad’, ‘vexed’ and ‘a shamelesse brazen face’ (ff. 154r, 154v).

That over-sensitivity perhaps goes back to Northampton’s own past. Lord Henry Howard was the younger son of a great family which had fallen with the execution for treason of his elder brother Thomas Howard, fourth Duke of Norfolk, in 1572. Howard did not under-estimate his own cleverness (as a reader in Rhetoric in Cambridge in the 1560s the only nobleman to hold a university teaching position in the period), and the 1606 book is a display of his (as well as Cotton’s) scholarship. But he spent many years under Elizabeth on the fringes, suspected by all sides. He expended the time in lengthy treatises and masses of unpublished drafts (such as much of ff. 203r–406v). Although his prospects improved in the 1590s, it was only when James I became king that Lord Henry Howard came into power and position as Earl of Northampton.

Northampton also evidently had a tangled relationship with Salisbury, with whom he had, and continued, to collaborate. But collaboration was not friendship: he later referred to Salisbury as a ‘black sowle’ (f. 134v). This letter shows one great man at Court angry at being told what to do by an even greater one. Northampton may also have resented the kow-towing he had made to Robert Cecil and his father Lord Burghley under Elizabeth — deferential letters enforced by the fall of his ancient house, written to those who had prospered. Northampton’s words against Salisbury explain not only why he was angry but why he wanted the letter destroyed: words against the powerful Lord Treasurer which were fit for his confidante Cotton, but which he did not want falling into the wrong hands.

There was, of course, another reason for the sharpened sensitivity of Northampton and his book. Had the Gunpowder Plot succeeded in blowing up the Parliament House, Northampton — as well as Salisbury, Nottingham, King James, Prince Henry and the MP Sir Robert Cotton — would all have been among the many dead.