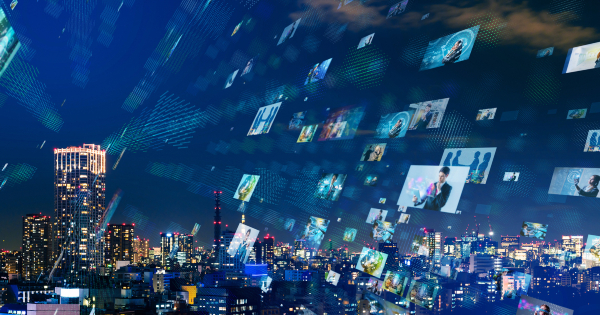 Before we start discussion, I want to be clear about the definition of ‘Media.’ Media is a mechanism that transmits an action from one side to the other, or by such means. Namely, media itself cannot be a content. Humans have always developed media as a tool to communicate and record ideas and expressions. Then, is the media simply ‘used’ by the human beings who use it? Wouldn’t the media have any effect on the content? Are the things that we consider to be our own expressions really original? In my point of view, the answer to these questions is that it’s not. Media is not only a means of conveying content, but it also directly interacts with the content.

Then we can talk about the most dominant medium of today: digital media. Today, humans live in an environment surrounded by digital media. Coexistence with digital media involves the possibility of democratic (in terms of accessibility) freedom of expression and easy and wide-ranging exchanges of ideas. People ‘upload’ their elaborate or improvised contents. There is much to be said regarding digital media, such as recommendation algorithms used for social network services and sales, or cultural power of enterprises and countries with huge capital and markets, but what I want to focus on is the format of digital media.

To explain the concept of ‘media affects contents’, let’s talk about the screening time of movies. Currently, the screening time for movies released in theaters is usually between 90 and 120 minutes. The setting of this universal screening time dates back to Hollywood theaters in the 1930s. In fact, even though the entire U.S. was suffering from a severe economic crisis, Hollywood was in its golden age. Major studios such as Paramount, Warner Bros., and 20th Century Fox have been busy making entertainment that can soothe the struggling working class, and the rule of screening time is “a 90-minute feature film with 1,200 to 1,300 shots.” Hence, the standard for commercial movie screening time has been established since these rules were introduced. But there was a reason why the Hollywood studios defined it as 90 minutes in specific. Because they needed to reduce the amount of time and increase the number of daily screenings so that they could gather more viewers and maximize profits. In addition, in the 1930s, when the number of moviegoers decreased due to economic difficulties, many theaters introduced a system that allows people to watch two movies with one ticket.

It is little weird that I took this example which is too old, but I think this shows quite well that certain contents that people try to show are definitely affected by the media. Filmmakers are still following the rules set nearly a century ago!

If you ask me, ‘Do you want to get away from being so dependent on the media?’ I will say no. It is not only practically impossible (even if not using the media) but also because This is who I am in a media-surrounded environment. What I want to emphasize is our attitude. It is important to acknowledge that a particular format is not natural, and there is subordination of thought. Isn’t it a natural order to start by admitting that there are limitations in order to overcome?

—
This post was previously published on DigMedia and is republished here with a Creative Commons License.
—