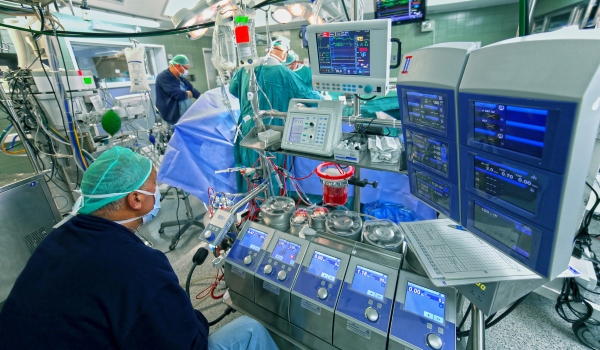 —
By Rupinder Brar and Richard Klasa

A landmark case challenging the fundamental principles of Canada’s public healthcare system is in its final days before the Supreme Court of British Columbia. Cambie Surgeries Corporation, the corporate plaintiff in the case, is attempting to overturn the law that ensures healthcare is provided first to those who need it most, rather than those who can afford to pay their way to the front of the line.

Wait times are a problem in Canada, but for-profit clinics and private payment — either out-of-pocket or private insurance — are not the solutions.

The plaintiffs argue that the public healthcare system is unable to reduce wait times, and that the only solution is to overturn three key provisions of the B.C. Medicare Protection Act that protect the health of British Columbians.

Cambie Surgeries Corporation has failed to demonstrate that lifting the province’s ban on these three provisions would reduce wait times for anyone but those who could pay. Meanwhile, there is ample evidence that wait times, and healthcare system costs, would increase under a multi-payer system.

Evidence from other countries shows that when those who can pay are allowed to skip the line for faster care, wait times get longer for those who can’t pay. This is partly because healthcare providers may preferentially work in the for-profit clinics.

In Germany, publicly-funded insurance is mandatory for 90 per cent of the population. Only the 10 per cent whose income is high enough — greater than ~ $90,000 — are allowed to substitute public insurance for privately-funded insurance. But it’s a straight swap: wealthy Germans can substitute private insurance to replace the public plan entirely, for all of their care, not just for faster access to some care. They can’t have both public and private coverage at the same time. Consequently, those who rely on the publicly-funded system wait three times longer because doctors preferentially treat those who pay privately.

There are innovative evidence-based solutions to the problem of wait times that we can implement in Canada without dismantling the laws that protect our rights to care based on need, not ability to pay.

Measures such as these, which alleviate wait times while prioritizing the delivery of care based on need, are far better suited to fulfill the principles of our healthcare system than making people pay privately for timely care.

Canada’s medicare system defines who we are as Canadians. It is based on the value that we care for each other according to need, not ability to pay. Cambie Surgery Corporation’s legal challenge is an attack on those values, and a decision in their favour would unravel our healthcare system for the vast majority of us who rely on it.