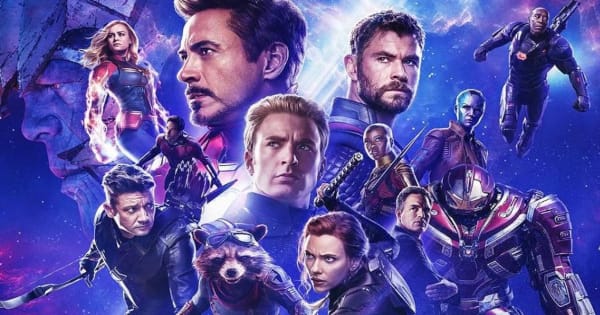 See all kinds of action and suspense in ‘Avengers: Endgame’

I have seen all of the Marvel movies. Ever since Iron Man they have been pretty amazing. There have been a few okay films here and there, but not a bad movie in the bunch. Infinity War had this team face a foe who in the end gave them a crippling defeat. Now they hatch a plan to undo what Thanos did in Avengers: Endgame. I was able to get a review copy and here is what I thought of it.

You can read the plot for Avengers Endgame here:

Adrift in space with no food or water, Tony Stark sends a message to Pepper Potts as his oxygen supply starts to dwindle. Meanwhile, the remaining Avengers — Thor, Black Widow, Captain America and Bruce Banner — must figure out a way to bring back their vanquished allies for an epic showdown with Thanos — the evil demigod who decimated the planet and the universe.

I was more than happy to watch Avengers: Endgame again. This movie went in some unexpected directions, but that is what makes it great. We see these characters grow and change in so many ways, and not all of them are positive. When a crazy plan gets thought up, they come together again to make it happen. But naturally things don’t go as expected, and an ending gets delivered that nobody could have seen coming. ‘Remembering Stan Lee’ looks back at the legacy he left behind, and has clips of him talking about how lucky he felt to see these characters come to life this way. There are also some great deleted scenes and a really funny gag reel.

Avengers: Endgame is available on Blu-Ray, DVD and On Demand now.

Facebook2TweetPin5EmailShares7
wpDiscuz
Share this ArticleLike this article? Email it to a friend!
Email sent!