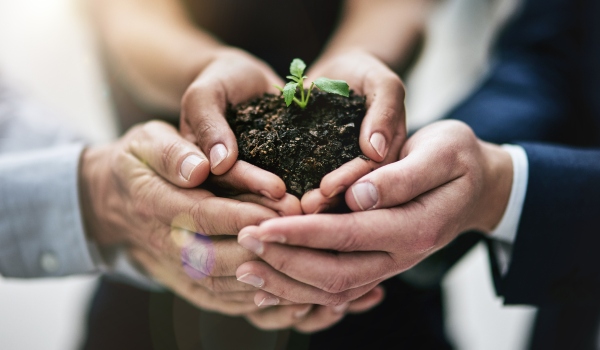 Communities in developing countries that depend directly on ecosystems will be among the first and worst affected by climate change.

Tropical forests, for example, will lose large numbers of flora and fauna species as the Earth warms, which could have devastating effects on their ecosystems and the products and services they offer communities.

While efforts to mitigate climate change are still dominating international discussions, vulnerable communities are faced with the onerous task of adapting to the inevitable.

In March this year, 44 of the world’s 48 least developed countries – mostly African, Asian and small island nations – submitted their National Adaptation Programmes of Action (NAPAs) to the United Nations, outlining their adaptation needs and plans.

Emilia Pramova, a researcher at CIFOR, has been looking at how ecosystems are integrated in the NAPAs. She says that now is the most opportune time for the United Nations Framework Convention on Climate Change and policymakers to consider ecosystem-based adaptation as part of their climate change adaptation strategies. Doing so will improve human wellbeing and reduce societal vulnerability to climate change, she says.

“The revision stage can be a good opportunity for NAPA teams to explore ecosystem-based adaptation, assess the possible risks of maladaptation of the initial projects and integrate ecosystem measures into technical proposals to enhance their effectiveness,” she says.

Currently, 69 percent of the 468 NAPA projects are framed as non-ecosystem programs, however, 68 percent refer to ecosystems at least once and 20 percent make at least six references.

“The profiles of most countries focus predominantly on non-ecosystem projects. This is contradictory because they make numerous references to ecosystems in their background information,” Pramova says.

The UNFCCC says that the NAPAs will indirectly involve ecosystems and that ecosystem-based adaptation will be more carefully considered in the longer-term.

While Pramova acknowledges the need for an immediate adaptation response, she says the NAPAs would make a good framework for medium- to long-term adaptation planning.

The role of forests in climate change adaptation

At the moment, 37 of the 143 ecosystem-based NAPA projects have only environmental objectives, while 30 include concrete planning for human well-being benefits and 76 explicitly target specific societal vulnerabilities to climate change or climate variability.

Many of these projects involve changing the way communities use forests. Of the 157 references to ecosystems, forests and woodlands were mentioned 70 times, while coastal and marine ecosystems were mentioned 44 times.

“This is not surprising as more than 1.6 billion people depend on forest goods and services for some part of their livelihoods, and communities from developing countries depend on forests for energy and medicine,” Pramova says.

The Ugandan NAPA, for example, makes strong links between the forest and key aspects of human well-being.

“Uganda’s NAPA refers to forest products, like timber, rattan and fodder, as well as services, such as biodiversity habitat, shade and wind breaks for enhancing agricultural productivity, and microclimate moderation,” Pramova says.

Many other countries are looking to use engineered solutions to adapt, which can often work against nature and lead to maladaptation. Building dams, for example, may help communities manage water flow, but they can also kill vegetation on its banks and reduce connectivity to lakes and rivers.

Pramova is not suggesting that ecosystem-based adaptation alone is the answer.

Senegal, for example, is using a combination of agroforestry and technical desalination activities, such as dike rehabilitation, to deal with land degradation and water salination caused by high levels of rainfall

“This is a positive observation. In many cases, ecosystem-based measures might not be sufficient and hard engineering solutions will have to implemented in combination with ecosystem measures to enhance their effectiveness,” Pramova says.

Whether or not the NAPAs become the framework for longer-term adaptation planning, Pramova says national planning must begin now.

Part of the reason governments have not integrated ecosystem-based adaptation into policy is because valuation of ecosystems can be difficult and costly.

“The effective ceiling on priority project costs, allowed by the financial capacity of the Least Developed Countries Fund (LDCF), might have also urged NAPA teams to opt for ‘tested’ measures that are easily costed,” Pramova said.

She said many countries lacked the capacity to valuate ecosystems and that some of the NAPAs seemed like old conservation or restoration projects “taken out of the drawer” and dressed up as adaptation efforts.

In 2007, the United Nations Development Program said that because such a large part of adaptation was donor-funded, the result is a number of small adaptation projects, rather than broad national planning.