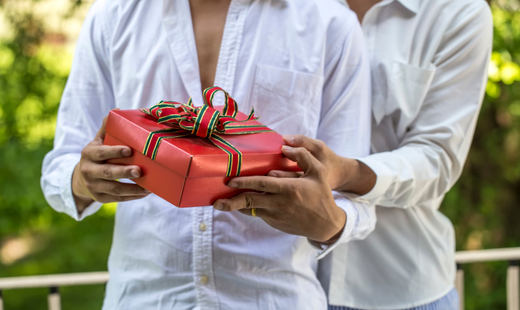 Christmas was always a happy time for Patrick Damore—the eBay store owner built a thriving business in the Hudson Valley by himself attracting high-end and local clients that made his online store a diverse place that runs the gamut from costume jewelry to rare comics and toys.

But the his eBay business went from fairy tale to nightmare three years ago and he nearly lost everything when his site began to be hacked.

Damore says the hacking began the day after Veterans Day in 2015 and continued until March of this year. It had gotten so bad—and no one believed him—because from an IT perspective he was told over and over that nothing had been hacked—it drove Damore to a dire place “I had written a suicide note, made forty copies and addressed forty envelopes. Nobody believed my story and nobody would take me seriously. I felt I had no identity or control over any facet of my life.”

A series of unauthorized prices changes towards the end of November in 2015 l was the first strike. The changes were made to several of PandJsOddities [the name of the eBay store] top clients and involved marking higher-end items down to 99 cents. “It was horrific as I had the eBay application my phone. They had taken several Asian Antiquities and solid gold pieces worth thousands of dollars and decreased the price to 99 cents. The eBay application has a chiming noise when something is bid on. The chime started going off on pieces and when I saw the price I freaked. I used to adore that sound, now every time I hear it I cringe.”

It turned out the culprit was a former business partner and Afghan war vet who was highly regarded in the community, “The term for what my former business partner did to me is called gaslighting. It’s where an emotional bully places enough doubt in your mind to question your own perception of reality. They hacked into my eBay changing prices, putting pictures out of focus or placing free shipping on heavy items. No matter how often I argued with eBay their response was always the same. The changes came from my IP address therefore it must be me. I spent hours on the phone with eBay. And after the first month I did begin to question my own sanity. (You can read more about gaslighting here from The Good Men Project Magazine and here from Psychology Today.)”

Damore already had already endured the burden shame and stigma of mental illness.  He was diagnosed as Bi-Polar II with Psychotic Features his senior year of College. “That was in 1999. I avoided inpatient hospitalization, but it was deemed necessary to take a leave of absence from Marist College where I was at school at the time.”

The “hacker” also found and distributed nude pictures of Damore to his friends and family. Damore says that when the business partner came to me stating that he was going to “network” the three computers within the store. “I had no idea of what “networking” entailed or what it meant. The way it was phrased, it appeared as if it would make life easier to run business related activities within the store, what I wasn’t aware of then was that networking involves sharing all the content on one computer with all other computers on the network. What I now know is that the computers were networked in such a way that they could access all of my personal files, databases, accounts, etc., and in this case nude pictures I had taken of myself in grad school. I became aware of this when the photos began appearing on social dating apps and sites.”

They preyed on the things they knew Damore feared and obsessively worry about. “Jean Harris once said that she wished to lead a private life and die a private death, and I was very much the same way until this began. This is a small town (The Town of Poughkeepsie) everyone knows each other.”

One of the most frustrating angles of this entire situation to Damore was that eBay’s first stance was to deny the was hacking occurring. When the hacking first occurred changes or alterations within the account utilized an IP address mask. In other words, they would change prices on valuable items to 99 cents or place free shipping on items that weigh 15 pounds or more, from their computers or mobile devices, but the IP address which initially shows in eBay’s system showed it as my old computer. It wasn’t until the second or third week of December in 2015, that when an eBay employee named Jason Grimes acknowledged that my account was remotely accessed and by January then eBay began blocking unauthorized IP addresses from accessing my eBay account.

Damore sought legal protection but it was a difficult crime to prove or to seek legal action or to have the authorities step in. Detective Jeff Quiepo of the Town of Poughkeepsie Police Department who was extremely helpful working on the case. “Unfortunately,” Quiepo says, “proving these crimes is difficult as cyber crimes are becoming increasingly innovative and outpacing local law enforcement’s purview of knowledge.” 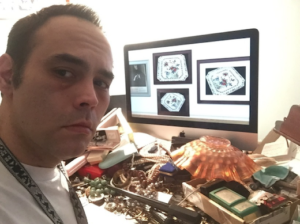 Damore thought for he would never feel safe using a computer again. That is until the former partner recently died (due to a heroin overdose) and suddenly everything Damore had been through—stopped—that was when he says, “I know it sounds terrible to say this but I felt relief for the first time in three years—I never wished ill will on anyone but it’s both a relief and some anger that it took his death for everyone to believe me—that and police found evidence the paper trail—a mixture of sadness and relief appear on Damore’s face “this is the first time in three years that I’ll enjoy the holidays but I also realize too now what all these brave men and women who have been part of the #MeToo movement must go through—what I endured was a fraction of the kind of sustained abuse some people have and it nearly killed me.”

Facebook26Tweet2PinEmailShares28
wpDiscuz
0
0
Would love your thoughts, please comment.x
()
x
| Reply
Share this ArticleLike this article? Email it to a friend!
Email sent!