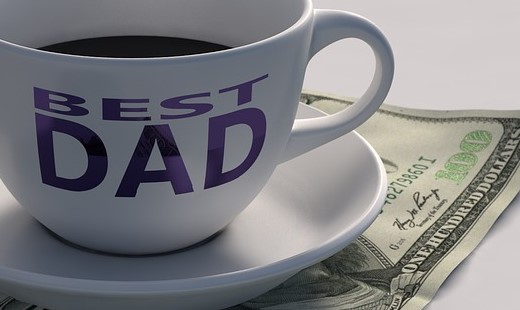 If there is one male stereotype that needs to be modernized, if not retired altogether, it is the stereotype that (straight) men exist to take care of women and children financially. Setting aside the trend that women are gaining economic ground relative to men — and the fact that not every man wants a family — there is nothing desirable about it from an individualist or Kantian standpoint.

It is as if men are reduced to a means to an end.

This is not sexy.

My opinion shifted on this issue a few years ago when I read a blog post written by an earnest, 30-something man who insisted that he, despite all stereotypes to the contrary, wanted to be objectified. I believe he used the word “objectified,” but “desired” would be more to the point and less problematic. He wanted women to lust after him and make him feel the way he imagined attractive women feel on a daily basis. When he went on dates, however, the first question women tended to ask was about his job, social status, or other things that suggested to him that his role was to be needed as a breadwinner rather than wanted as a lover.

He also observed that women rarely, if ever, made the first move in the context of sex or romance. He was looking for a partner while they were looking for a provider. And he is not alone in his desire to shake up traditional gender roles.

This perspective made me question whether it is more noble (or less shallow) to judge a person based on earning potential or social status than on beauty or sex appeal. If a rich man loses his money, would his wife dump him for a richer man the way a man might dump his aging wife for a younger mate?

I must acknowledge at this point that it is a stereotype to suggest that women are more concerned about a man’s earning potential than his physical appearance or character, but from both research and experience, I can say without hesitation that manhood, as viewed by all genders, has become synonymous with money and status — tied to the hackneyed role of the breadwinner. This is a wider cultural problem that has no easily discernible cause. Television shows like Breaking Bad and The Sopranos, along with popular (rap) music, highlight the tragic reality that some men would rather be sociopaths than mediocre breadwinners.

Even the man (some of us) voted in as President of the United States cares more about money and power than democracy, the rule of law, and basic human decency.

The pressure to be a breadwinner may be the most destructive force operating against a self-identified man. I consider it the root of most male depression, anxiety, and violence. Hidden in the term is the sordid truth that breadwinners, like any other kind of winners, can become losers.

And no man — anywhere — wants to be a loser.