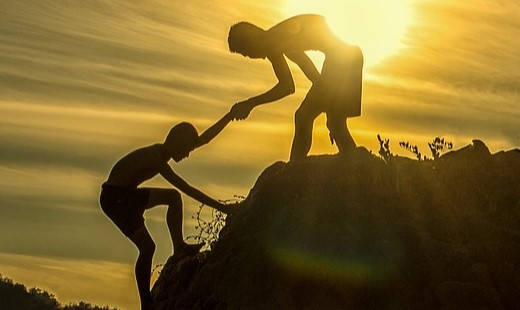 The de-facto head of my household growing up was my grandmother, and my mother raised me with minimal help from my father or any other man.

In short, they were strong women.

Conversely, I would describe most of the men in my life growing up as weak based on modern standards of masculinity: they worked either part-time or not at all, were indecisive, were addicts, and were lacking ambition. My best male role models early on came from television and video games. As I got older, I sought them out in real life. It is undeniable that strong men do exist (though sometimes are hard to find).

For those men able to rise to the challenge of the “strong man” stereotype, it is an effective motivator. It’s the kind of pressure that leads a gritty man to fix the leaky roof by himself (despite his partner’s protestations) when he lacks the funds to pay professionals. But for those men who falter in life, work, and relationships, the stereotype actually serves as a convenient mask for their failings.

The weakest men, after all, are often the best at talking tough or acting tough — and the worst at seeking help. I have known men who have lived in an illusion of strength their entire lives and with tragic outcomes.

But despite all this, I have never bought into the view that men are the stronger sex (or women “the weaker sex”) in any way other than (perhaps) physical strength. Women have babies. Need I say more?

I will say more: they also have periods, work outside the home, work inside the home, raise kids, and —with steadfast perseverance — put up with men. When I think of women, I do not think of “weak.” This is the other problem with the stereotype: if one gender is strong, then the other must be weak — according to humanity’s (often flawed) binary mode of thinking.

That is real strength.