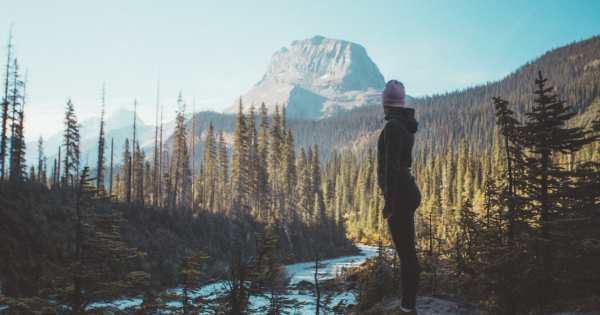 1. We call upon the federal, provincial, territorial, and
Aboriginal governments to commit to reducing the
number of Aboriginal children in care by:

i. Monitoring and assessing neglect investigations.

ii. Providing adequate resources to enable Aboriginal
communities and child-welfare organizations to
keep Aboriginal families together where it is safe to
do so, and to keep children in culturally appropriate
environments, regardless of where they reside.

iii. Ensuring that social workers and others who
conduct child-welfare investigations are properly
educated and trained about the history and impacts
of residential schools.

The basic premise within this new series is the rights of the Indigenous communities throughout the world, starting within the Canadian context or Turtle Island more generally (“North America”), and then working on the implications of the responsibilities of the international community to the recognition of and upholding of the rights of the world’s Indigenous peoples.

The first document in the series will be the Truth and Reconciliation Commission with a focus on the actionables or the “Calls to Action.” Within the context of Canadian history, there is a fraught history, to say the least, of racism, warring, colonialism, neo-colonialism, and discontent, hatred, fear, and ignorance in the relations between Occidentals or Euro-Canadians and the Indigenous peoples, of which there are many.

Canada remains a complex society comprised of few people in comparison to the international or global population norms. Now, the context of Canadian society starts with colonialism and xenophobia connected to racism. “Race” is not a scientific category; rather, “species” is a scientific category. However, people believe race.

Ethnicity remains a heritage and sociocultural category. Thus, “ethnicity” and “species” become appropriate or proper in the description of the realities of the world, not “race”; hence, any argument becomes a pseudoscientific or pseudo-ethnographic discussion if based on “race.”

In this sense, “race” becomes true as a construct in the sense that people widely believe in it. It has widespread socioeconomic and cultural, and individual, impacts because of the truth of people believing in it. However, it’s not true because people believe in it. People can believe things widely and still harbor false beliefs, which implies widespread false beliefs about the world. While at the same time, false beliefs can create horrors throughout the histories of nations with impacts on specifics populations following right into the present.

To clean the global conversation would require a transition from race discussions into ethnic and species discussions, the impacts of the ideas of race believed as true is seen throughout the racist history of Canadian society, from John A. MacDonald in explicit quotes – “savages” – and policies to slaves in New France – the first colony – to the last Residential school closing in 1996 over a century of operation with an estimated 150,000 Indigenous youth impacted, to the 60s (and other) scoops, and so on, into the derivatives with the current lower school performance, lower lifespans and worse healthspans, and higher suicide rates in Attawapiskat First Nation, and impacts of genocide of cultures and languages and the ongoing denial, implicitly, of the equal status of the socio-cultural narratives of the Indigenous in this country, especially insofar as suffering is part of life for many, including the Murdered and Missing Indigenous women stories.

This series will attempt, in its own minute way, work to present the asks or, more explicitly and assertive, “Calls to Action” of the Indigenous community within Canada of “North America” or Turtle Island. As noted by the prominent and prolific Cree author, Lee Maracle, the aim is all Truth and Reconciliation Commission calls to action being met – and in full, not 1 or 50 or 70: all of them.

The first call looks at the national to the local levels of analysis for working on the reduction of Aboriginal children inside of care. The first stipulation looks at the core aspect of cataloging and monitoring the neglect investigations. If children are neglected, their life prospects in the long term and health in the short-term can be deeply impacted by this. Our species has an unusually long rearing period.

The second stipulation looks into the adequate resources – nothing extraordinary or even simply above-average – for the Aboriginal communities within the nation in addition to the child-welfare organizations with the explicit purpose to keep the families intact for the health and wellbeing of the Aboriginal youth.

There should be, especially in the dampened or darkened light of Canadian colonial history and violence and bigoted interaction with the Indigenous populations, taken within the context of a cultural sensitivity. Nothing sycophantic or pandering, but simple respect would be a decent start, probably, and a vast improvement from the past. It is a statement, the stipulation, about working with Aboriginal peoples and individuals where they feel comfortable rather than what seems most convenient to the Canadian government.

The last stipulation for today, and for getting this series off the ground, is the ensuring that social workers and others who are going about conducting the child-welfare investigations have been given, and have been ensured to have taken in, the proper education and training relevant to these populations of young people.

This is important for sensitively working within the context of the history and impacts of the residential schools in this country. However, and even more important, it fits within an overall new approach of sensitivity, compassion, working on their terms, and making sure that past does not happen again and the prior injustices are, inasmuch as this can be done, rectified. In short, it is looking at the Aboriginal or Indigenous peoples as fellow travelers in life, as human beings.

Photo by Ryan Christodoulou on Unsplash

Facebook10Tweet1Pin102EmailShares113
wpDiscuz
Share this ArticleLike this article? Email it to a friend!
Email sent!