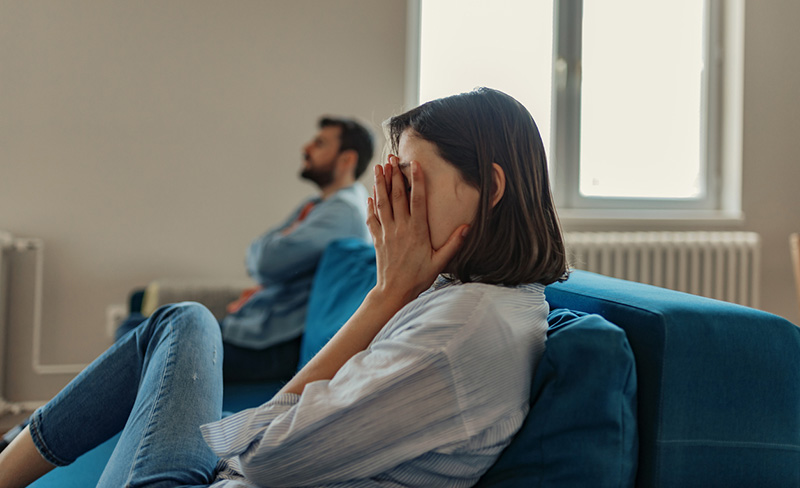 I had always thought gaslighting was this intentionally malicious act where one person is attempting to gain more power while having the victim question their reality. At least, this is what I learned about the term, “gaslight,” which comes from a 1938 stage play Gas Light. The husband manipulates his wife’s surroundings and insists her perception, memory, and sanity are wrong. He willingly and maliciously sets out to drive her insane.

I had read this definition, and in my own mind, I had assumed a gaslighter was always deliberately and viciously interacting with the gaslightee. I also believed the victim would need to seriously feel crazy after such an encounter. A recent experience had me rethink the definition and consider the following: What if someone can unconsciously or accidentally gaslight another individual? What if gaslighting is a spectrum and not an absolute? What if it’s much more pernicious and global than I had thought?

A short while ago, I found myself at odds with a colleague. I was the one in charge of a project and needed to give him feedback. The company had a certain vision, and while my colleague had created some great work, he had also gone slightly off-track. Over the course of a week, we exchanged a few messages. I continued to clarify the issues I saw with his work vis-a-vis the vision but was met with incredible resistance. As a teacher with over 20 years of experience working with different ages (six years old through adult), cultures (I worked in Morocco and mostly work with Asian students now, along with a few years teaching Latinx students) I consider myself well-versed in the ability to communicate with different people. Why was I walking away so frustrated by this particular experience? Why was I feeling mildly crazy after each exchange and confused as to what had just happened?

I didn’t get it until I shared the experience with a friend, and he told me point-blank: You’re being gaslighted. You’re not going crazy.

I firmly believe my colleague did not set out to gaslight me, but just because he didn’t intend to doesn’t mean he didn’t do it. I think unconscious gaslighting is likely very prevalent, but because it’s unconscious and nowhere near the degree of malevolence found in gaslighting with a malicious intent, I’m going to focus more on it more than the well-known version.

The following are four levels of gaslighting:

The person is totally unaware they are engaging in it. In fact, they perceive they are being very reasonable in their interactions because they have no clue about the impact of what they are doing. They might even lack the capacity or willingness to question their own viewpoint in consideration of another’s viewpoint. Here is what it can look like:

Over the course of a week, I explained and re-explained the company’s vision to my colleague numerous times. I teach English as a Second Language for a living, so I’m intimately familiar with how to break down concepts, reword definitions, and give examples. This was a totally different issue. My colleague continued to claim confusion over and over again.

When someone says they are confused and makes no effort to dive into why they’re confused, they continually put the onus on you to explain. It not only becomes tedious, it has you question what you’re saying. I began to wonder, Why am I not getting through? How is it he’s not understanding these the ideas I’m explaining? Then, it hit me: he actually didn’t want to understand but likely didn’t know that. Someone who truly wants to understand makes efforts in that direction.

Along with ignoring my words, my colleague addressed issues he claimed I had raised. It’s as though I had mentioned ice cream, and his response was, Well, when you talked about cheesecake . . . As you can imagine, this was incredibly baffling. What was he addressing? Who was he addressing? Was he addressing me? If he had added in words like, “This raised a different issue for me, X,” then I would have understood. Instead, he would say things like, “Your point about X . . . “ But when I referred back to my messages to see if I had discussed X, it hadn’t been raised. I began to wonder if we were existing in strange and parallel universes with alternate forms of ourselves. I truly believe, however, that he thought I had raised those points, which was all the more baffling.

2. An Awareness That Something Is Off

In this case, I believe the gaslighter senses something isn’t working but still isn’t aware of the impact on the gaslightee. Likely, the gaslighter has had previous experiences similar to this one, has come to feel an uneasiness around the interaction but still firmly trudges on ahead. Why would you change an approach if you think you’re right to engage as you have been doing and still don’t fully understand why people aren’t interested in engaging? Here is what it can look like:

The Flood of Words

I would send a short message to my colleague only to receive a deluge in response. One sentence would receive a multi-paragraph response. It was overwhelming and had the effect of totally wiping out anything I had said. I understand some people are verbose while others are more succinct. I’m married to a man who is verbose, so I’m well-versed in such a flood of words. At the same time, I would continually wonder, Where did this come from? What was I asking? I wasn’t asking that, and so on. I felt my reality quivering. How did what I wrote necessitate a response that not only didn’t acknowledge my words, included a conversation I had never started, AND was massively overwhelming in quantity? Furthermore, the flood of words did not seem to be my colleague’s attempt to understand me or have an interchange. Instead, he created a wall of explanation from his own point of view, an endless tide of justification to push back and obliterate what he likely perceived as a challenge.

3. Intentional—More aware of an Impact—but no Intent to Seriously Harm

This is a person who has more awareness than the gaslighters #1 and #2. They know what they are doing is harmful, but they would never describe themselves as gaslighting. That’s for truly malevolent individuals. They’re not trying to hurt someone or drive them crazy, but they are into power struggles and “winning.” Here’s what it looks like:

Refusing to answer what’s been said. In fact, my colleague not only did that, he simply acted as though what I had said never existed. Messages would be exchanged, and I was left wondering if he had actually read my words. Had my message gone through? I was certain it had. Why was he so oblivious to what I had said? How come every word made little to no impact? My words disappeared into the ether, never to be acknowledged again.

The final straw came in one of our last communications. It’s when the communication went from, “I’m upset” to “You don’t have to respond” to “I’m betrayed and You said you would . . .” to “But you don’t have to.” By the end of the message, I was left wondering if I should respond, should not respond, had done something wrong, had inadvertently impacted him in a negative way, but didn’t need to say anything . . . ? On the one hand, I think the gaslighter in this situation is likely confused by what they are feeling and on the other hand, it’s not their first rodeo. They have done this before, know that others end up hurt, angry, and unsettled by their actions. Sometimes, when the gaslightee doesn’t understand, the gaslighter simply tells them, “You don’t get it.” In my case, it was true. The paradoxical pieces didn’t make sense as a cohesive whole.

4. Malicious Intent With Desire to Harm

This is textbook gaslighting. In Stephanie Sarkis’ article, she outlines the warning signs: blatant lies, denial, manipulation, wearing the gaslightee down, mismatching actions and words, aligning others against you, weaponizing confusion, projecting, etc.

This was the most malicious piece I experienced with my colleague. He had other people look at his project and informed me they thought it was fine. I had to step away. If he was going to gather the masses against me and to continue to prove his point against mine—actually, the company’s point—where was I to go with it? Nowhere. One person against an army is useless, and it certainly had me question what I was proposing.

Gaslighting is much more prevalent than we think it is. Sometimes it occurs as microaggressions from people who don’t know they’re doing it. I would imagine most people are guilty of this. Sometimes we know something is off, but we still pursue a line of inquiry. Then, things take a turn for the worse, and we can be left feeling like our reality is starting to quiver, like a minor earthquake. In my own case, it wasn’t until someone else pointed it out that I began to see it. With that new perspective, I was able to heave a huge sigh of relief and understand, the furniture in my home had never been rearranged; someone was just trying to make me believe it had been.
—

Facebook7.2kTweet4Pin8Email13Shares7.2k
wpDiscuz
0
0
Would love your thoughts, please comment.x
()
x
| Reply
Share this ArticleLike this article? Email it to a friend!
Email sent!