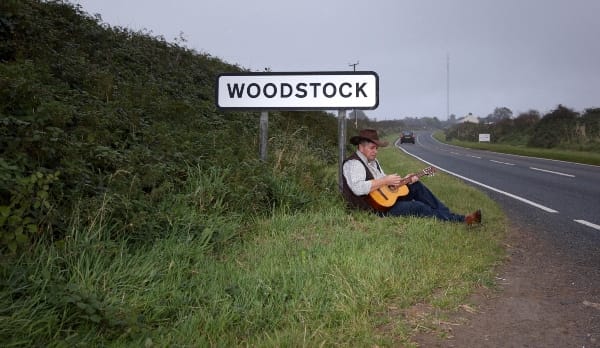 The iconic Woodstock festival happened 50 years ago. Sure, you know that’s where Jimi Hendrix played his famous version of the national anthem. Of course, you’ve heard that almost 500,000 people showed up. Yeah, it rained and the traffic jams were epic. But here are a few things we bet you didn’t know about those three (and a half) days of peace and music.

MONEY WAS A HUGE ISSUE

A number of the artists (including Janis Joplin and the Grateful Dead) demanded to be paid on the spot before they hit the stage. Then there were those artists who asked for double their usual fee because they weren’t sure how successful the festival would be. As an heir to a pharmaceutical fortune, investor John Roberts tapped his trust fund and convinced a local bank to open on Saturday night and provide a loan to pay the artists. By the end of what turned out to be a “free” festival, he and the rest of the promoters/investors were millions of dollars in the hole (they later wound up recouping most of it through sales of the triple album and success of the movie). By the way, a new collection from Rhino captures each and every performance (many of which were skipped in the original triple album).

THEY RAN OUT OF FOOD ON DAY ONE

The promoters originally planned for something like 50,000 people. They got nearly ten times that. One of the food concessions was unprepared for that many people; overworked staff wound up inflating prices for things like burgers and dogs (from 25 cents to a buck). Some festivalgoers were so incensed that they burned that food stand down (one of the few violent acts of the event). At another point, members of a local Jewish group heard about food shortages and made and delivered hundreds of sandwiches to the kids. They went through 200 loaves of bread, 40 pounds of meat and two gallons of pickles.

IT BECAME A CITY – LITERALLY

During the festival, the population surge in Bethel Woods made the site the third largest “city” in New York state.

Shankar, who’d been introduced to the 60s counterculture via the Beatles, was a performer at the festival. But he admitted that the size of the crowds, and the muddy, rainy conditions, kinda freaked him out. He later said that he was not “excited” about being part of the event, rather that the mud-covered attendees reminded him of water buffaloes lurching around.

THERE WAS NO “MERCH”

Compared to modern concerts and events, it’s hard to believe that there were no t-shirts or hoodies on sale. The only available souvenir was a small program – and most of those were tossed at the end of the festival. Security and stagehands were issued official “Woodstock” wear (like shirts and windbreakers)– though lord knows where those now-valuable wearables wound up.

IT GAVE MARTIN SCORSESE HIS START

The promoters had the idea to have a film crew record the event – and the resulting four-hour movie won the 1970 Oscar for “Best Documentary.” Michael Wadleigh directed it, but he tapped a young Martin Scorsese as his assistant. Also on board was Thelma Schoonmaker as editor. To this day, Scorsese and Schoonmaker work together.

A version of this post was previously published on culturesonar.com and is republished here with permission.