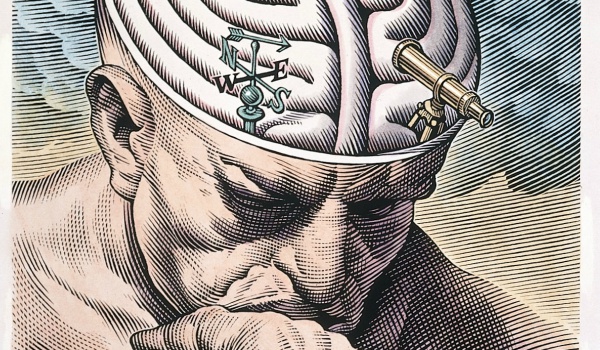 I’m a big fan of mental models. Short cuts, the best wisdom others have already figured out, heuristics to improve.

I’m also a parenting geek. I want to be the best dad I can. I read lots about it, including original research. I try all sorts of things to improve, and spoken to hundreds of other dads about parenting and fatherhood. Lot’s of it’s captured at Being Dads.

The trouble with becoming a better parent though is that the only true test comes when it’s too late. By the time you can tell if you’ve been good at this parenting job, it’s too late. You can’t redo, refine, adjust or course-correct on this one.

While not exhaustive, the list below includes some of my favorite mental models. The ones I’ve applied the most, the ones that have had the biggest impact on me. I hope they help you.

Never attribute to malice that which is adequately explained by carelessness. Generally, don’t assume bad results are the fault of a bad actor, although they can be.

The idea that your child is consciously trying to manipulate or irritate you is probably not the case. Trying to get what they want is a natural thing, programmed into homo sapiens by our DNA. Something consistent across species and therefore not worth getting wound up about.

Prefer the simplest explanation with the least moving parts: it is easier to falsify, to understand, and more likely, on average, to be correct. It’s not an iron law but a tendency and a mindset: If all else is equal, it’s more likely that the simple solution suffices. When you hear hoofbeats, think of horses, not zebras.

When our children are being difficult, check the simple basic needs are being met first. Are they hungry, thirsty, tired, need the loo or a nappy change? While as adults, we have mostly learned to keep ourselves well fed, notice when we need the loo, etc. Kids have to learn this.

Being Hangry and needing the loo are two of the biggest reasons our boys’ behavior deteriorates. Fixing them is easy, spotting the cause, less so.

What a man wishes, he also believes, and what we believe is what we choose to see. It’s a deeply ingrained mental habit, both energy-conserving and comfortable. The scientific process — including hypothesis generation, blind testing when needed, and objective statistical rigor — works in contrast. Designed to root out precisely the opposite, which is why it works so well when followed.

Confirmation bias is dangerous when we accept traits in our children because it quickly turns into labeling. You are the loud one, the naughty one, the quiet one, the bossy one. As soon as the labels are established we look for confirmation. In doing so we compound the labels. This is at the root of gender stereotypes.

Proximate vs Root Cause

A proximate cause is an event that is closest to, or immediately responsible for causing, some observed result. This exists in contrast to a higher-level ultimate cause which is usually the ‘real’ reason something occurred.

This goes back to meeting their basic needs. As adults, we know that a good night’s sleep and full belly make us more stable. Asking about these needs when observing our kid’s behavior, instead of jumping to punishment, can help solve rather than quell problems.

Thinking about the overall system, as well as its parts. Systems thinking is designed to avoid potentially contributing more to problems.

In parenting, this means looking for how your behavior influences theirs. Not just in the moment, but over time too. Older siblings who see their parents quick to shout and admonish will do the same to younger siblings.

In all human systems and most complex systems, the second layer of effects often dwarfs the first layer. The effects of the effects.

This one’s a must for thinking through discipline. Are you really willing to deliver on the threat you’ve just laid down in the heat of the moment? Threatening to take them home from a friend’s party because of bad behavior isn’t in anyone’s interest. Banning screen time on a day when tiredness levels make watching a film together with a very good idea, just makes the day harder. Ultimately defeating the point of the ban in the first place.

Any number multiplied by zero, no matter how large the number, is still zero. This is true in human systems and mathematical ones. In some systems, a failure in one area can negate great effort in all other areas.

Looking after yourself is the zero factor in parenting. You rush home from work to see your little ones but can’t stop thinking about work. You’re not present, so all of your efforts are for zero, nothing. Fixing the ‘zero’ has a much bigger impact in many other areas.
(I’ve done a lot of work on leaving work at work, if you want some help with it, get in touch via Being Dads)

Human beings instinctually construct and seek meaning in narrative. It’s likely that long before we developed the ability to write or to create objects, we were telling stories and thinking in stories. Nearly all social organizations, from religious institutions to corporations to nation-states, are held together through shared beliefs, or stories.

Stories are a very powerful tool. For ill when we believe the story that a certain little person has no control, can’t sit still, has no focus. Maybe it’s just their developmental stage clashing with our expectations, or that the task in hand doesn’t suit their style. Jamie Oliver and David Beckham weren’t great in school, but have been described as a genius in their respective crafts.

For good they can be used to hold interest, to teach, to change perspectives and broaden horizons. Essentially helping little people learn faster and better, which is our job really isn’t it?

I’m exploring what it means to be a dad so I can be the best dad I can be.

Get weekly insights from my work to help you be a better dad by email.