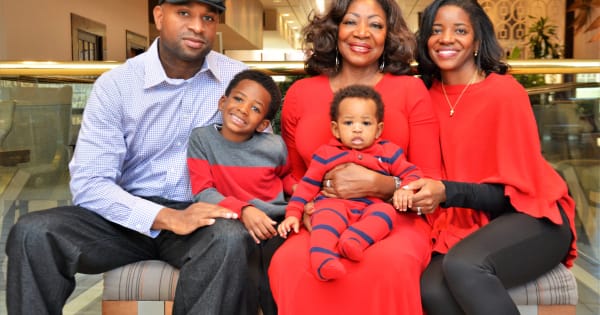 130. By Governments of countries of origin, transit and destination, regional and international organizations, as appropriate:

The specific stipulations here deal with some of the more gruesome cases of violence against women with trafficking and prostitution. The questions about choice are not the consideration here, as these women will often have none – and this may be a significant majority of the cases. Thus, the questions, often only in libertarian social outlooks amongst 18-to-35-year-old men, simply skip over the considerations of legalized work or not.

Here, we have the serious issue of a massive crime against women and girls as individuals en masse, and, thus, as a grouping or sub-demographic in the world. The Canadian Women’s Foundation notes that forced prostitution and the sexual exploitation of girls and women is a problem around the world and in Canadian society as well.

The trafficking is illegal, a human rights violation, and described as an “extreme form of violence against women.” When we try to skim over this issue when we’re thinking of pornography, a pornified society, or legal sex work, it is, conveniently, leaving aside the serious issue to do with the human rights violations around this.

The particular stipulation here, in the Beijing Declaration, is as relevant now as in 1995 when it was first formulated. Here, we can look into the ways that girls and women, as, basically, slaves, are – literally – bought and sold and then trafficked in Canada and around the world.

The international community is clear on this subject matter. It, apparently, only becomes an issue when mostly young males in Western societies who seem to ignore the obvious ethical implications of the situation here.

To be absolutely clear, this is labeled an extreme form of violence against women and, therefore, should rank high on the priority list of consideration; whereas, we have a select demographic focusing on the opposite case of legal prostitution, which does seem to indicate an inversion of the consideration of what is salient as an ethical consideration and what is not. The myopia of consideration is not fooling anyone; it is happening around the world in cases of rights violations and abuses of girls and women, then the question is about legality?

There is trafficking and forced prostitution inside of Canadian society and across borders. Girls and women who are bought and sold, where the marginalized sectors of the society, e.g., Aboriginal, racialized, immigrant, and abuse survivors, are the far more likely to be the ones to be trafficked than others.

With the development of communications technologies, as has been noted recently via in memoriams of the humanist and homosexual Alan Turing, the internet has provided a wide range of benefits to much of the planet’s population with accessibility to the entirety of human knowledge for potential use in educational curricula or the possible utility in the improvement of communal life somehow.

In addition to this, we can see minuses via the various facets of the fourth edge of technological warfare with the cybersecurity concerns and such, but also this has been a negative with the anonymity too.

That is to say, it is providing a basis for the trafficking efforts that are the basis of evil acts and black market industries to flourish, thrive, and continue to further their machinations, of the, in essence, dehumanization of girls and women.

In fact, the traffickers, in Canada, can gain about 280,000CAD per annum for each girl or woman that trafficked or forced into prostitution. If under the age of 18, then there is a higher return on investment for the traffickers. This is the language that may well be used within the community of traffickers: clinical, calculating, and dehumanizing, where girls and women are not individuals with rights and privileges, responsibilities and obligations, hopes and dreams, and community and familial bonds and connections. They are tools of the trade and items to be traded on the black market of trafficking, make no mistake about it.

Based on reports and consultations with 250 organizations and 150 survivors of sex trafficking, the Canadian Women’s Foundation found that “many girls in Canada are first trafficked into forced prostitution when they are 13-years-old.”

Sex trafficking has been properly termed “modern day slavery” by many and, in fact, this is a precise and powerful image about the ways in which sex trafficking can produce a variety of rights violations, bodily abuses, and long-term damage and, potentially, lost lives akin to slavery during the height of the industry of cotton. In fact, the statement or phrase may not go far enough; it is not simply an image. It is a visceral reality for thousands and thousands of girls and women around the world; it should be felt.

Some questions may arise about the statistics of the modern day slavery of sex trafficking and forced prostitution. 78% of Canadians, based on a National Angus Reid public opinion poll, agree that girls under the age of 16 are not in prostitution by choice; 67% of Canadians consider girls in Canada under the age of 16 are being recruited or trafficked into prostitution against their will; another 70% see women brought to Canada from other countries as forced into prostitution against their will.

The national consciousness is there. It is the incipient consciousness; one that simply needs a little push for some mass activism on this huge rights violation happening in our doorstep, or to other nationalities brought into our own corridors. This is a case for pause and reflection.

If we look into the various international conventions, which, as you may surmise, is a lot of them. The basic emphasis is the need not only to have them as symbols of international consensus or consideration of what is the problem – its parameters – but also what to do about it. It is, once more, an ethically elementary position; the world got together, talked it over, wrote down the ideas, signed some documents with the concepts and solutions on them, and then… simply need to instantiate and implement the proposed solutions for the reduction and eventual elimination of (extreme) violence against women.

That’s it. This stipulation is built within this framework. The international community got together and agreed; now, act on it.

(Updated 2018-11-10, only use the updated listing, please) One can find similar statements in other documents, conventions, declarations and so on, with the subsequent statements of equality or women’s rights:
—
Human Rights
Wednesdays 7 pm EST / 4 pm PST
Call-In Details: (701) 801-1220
Meeting ID: 934-317-242
Lead Page: https://goodmenproject.lpages.co/conscious-intersectionality/
Led by: Scott Douglas Jacobsen
To the socio-political Right, a disclaimer; to the socio-political Left, a trigger warning: the subject matter may be disturbing or triggering for some listeners, speakers, or call members. The statistics on international violence against women is disproportionately more than violence against men. In turn, there is violence against women committed by women against women but more often by men against women. It is the statistical difference, which is the basis for the international emphasis on violence against women in multiple spheres rather than localized differences. Wednesday morning, we will speak on violence against women for one hour or so.
—
Did you know you can join our Facebook groups and share your post where appropriate? (Please share only in the groups that make sense for your topic)Sex, Love, Etc.Political ActivismDisposability of Men / CTE Contact SportsEducation#StopRacismConscious Intersectionality#StopSexismMen’s Mental HealthParenting & Relational IntelligenceEnvironmental ActivismAnd….of course our The Good Men Project Writer’s Group.
—

Photo by TREGG MATHIS on Unsplash

Facebook4TweetPin4EmailShares8
wpDiscuz
Share this ArticleLike this article? Email it to a friend!
Email sent!